Jonathan Kuhn is the Director of Art & Antiquities for New York City Department of Parks & Recreation. The city of New York has nearly a thousand different memorial sites - and over a hundred of those honor the local veterans of World War One.  He and his team at the NYC Parks Citywide Monuments Conservation Program (John Saunders, Conservator, and Steve Drago and Victor Riddick, Monuments Technicians) are responsible for the care and preservation of those sites. They are commemorative partners to the U.S. World War I Centennial Commission, and are also active participants in the WW1CC's 100 CITIES/100 MEMORIALS local preservation program. Veterans Day was a big day for the Citywide Monuments Conservation Program team, and Jonathan Kuhn talked to us a little about how his team prepared for it.

Your teams were working hard in advance of Veterans Day. Tell us about what they were doing. What care do the sites & the artwork pieces need? 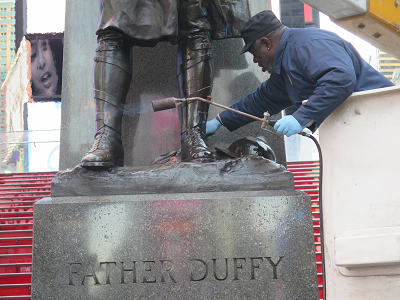 NYC Parks Monument Technician Victor Riddick hot waxing the Father Duffy Memorial in Times Square.Thankfully, given the gains we've made in recent years, much of the work is preservation rather than restoration work. For a typical World War One memorial sculpture, the team will first clean using appropriate methods, removing all soiling, any incipient surface corrosion, or failing coatings. They will renew protective coatings, typically of wax, and sometimes of lacquer, that protect the bronze from acid rain and other environmental damage. They will buff the surface to literally add luster to the pieces and heighten sculptural modelling and ornamental details.

They assess the monuments needs, monitor from year to year potential issues of concern (failing mortar in masonry joints, loose plaque anchoring bolts etc.) and when these rise to a level requiring intervention take immediate action.

Of course given the size and height of many of the sculptures, we require use of a boom lift truck to gain access. The field crew also uses specially prescribed equipment, for instance often pre-heating the metal with propane torches before applying the protective wax so that it may better adhere. 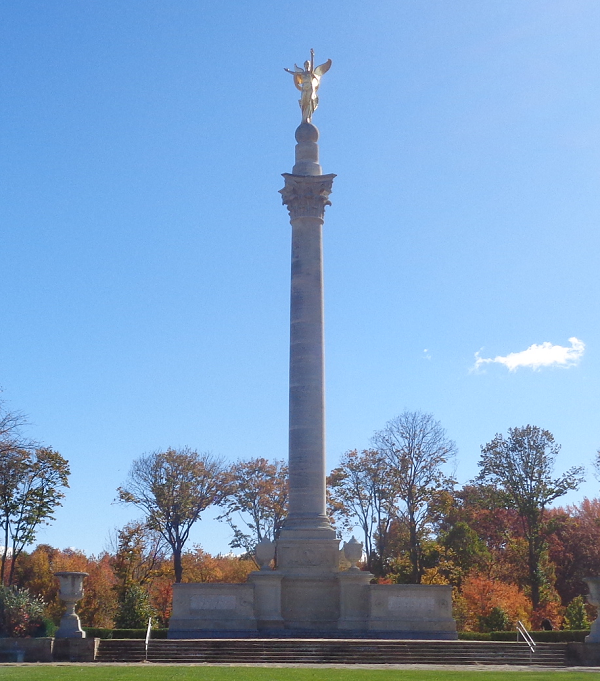 Bronx Victory Memorial at Pelham Bay Park We have about 850 official monument sites in our parks presently, 102 which commemorate World War One. The largest of these are the Bronx Victory Memorial in Pelham Bay Park and Riverdale Bell Tower in the Bronx. We also have 8 "Doughboy" sculptures in the collection. Not including Central Park, which is a unique entity taken care of ably by the Central Park Conservancy's monuments crew, we have a single crew of three persons (one conservator and two technicians) dedicated day in day out (often in difficult weather and environmental circumstances) care at these monuments.

In recent decades we've endeavored to conserve most of the monuments and statuary, and then place the majority on annual care cycles of cleaning, renewal of protective coatings, and other preventative care to keep them in a consistent state of structural and aesthetic integrity. The team also responds rapidly to vandalism, graffiti and the like. In the office we maintain a database and images and running reports on each individual monument, its current state of appearance, and prior treatments.

It's amazing how much gets done with a small staff. Also, for the past twenty years, during the summer months we have retained graduate-level interns who assist us with the hands-on care, while gaining practical experience. We are reliant on charitable donations to finance our summer program and much of our specialty work.

Do you have any favorite sites, or favorite stories about your crews in the field? 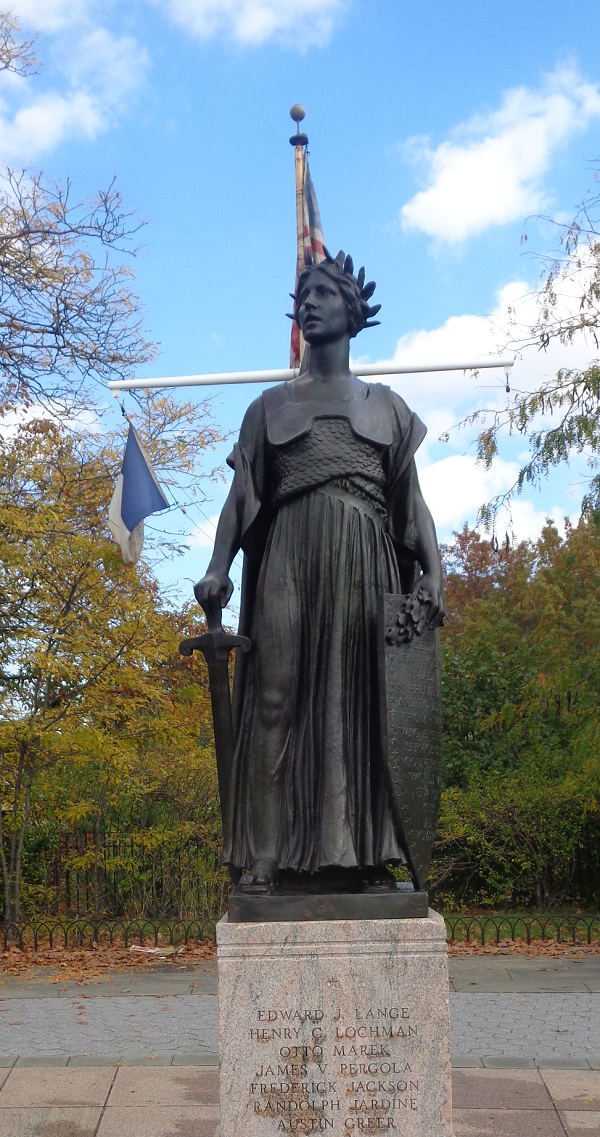 Winfield War Memorial after annual careNot sure it's a favorite site but it's certainly a dramatic story: In the case of the Winfield Memorial in Queens--the subject of recent annual care--in December 2001 the sculpture was toppled from its pedestal by a car traveling at 90 miles an hour, which then dragged the sculpture over an embankment before coming to fiery halt several hundred yards away on the Brooklyn-Queens Expressway. The driver and passenger in the car did not survive the event, but the sculpture, while greatly harmed, was salvaged.

Much later our conservator John Saunders was able to rebuild the bronze plinth and the statue's internal armature, carve granite "dutchmen" replacements for the pedestal, perform further mechanical and surface repairs to entire bronze sculpture, and then the crew reinstalled it.

Why is it important to preserve these memorials, and to remember these veterans?

The memorials honor patriotic service and often the ultimate sacrifice by local citizens on behalf of their country. Many are community based, and virtually all were commissioned by local private fundraising campaigns (known as "popular subscription") that elicited numerous donations, often from working-class immigrants newly arrived in the City who lost their children overseas serving their adopted nation. The stories of loss are so poignant, and resonate across generations.

The work we do to care for these monuments and statuary is an obligation across time, honoring the people they commemorate, while preserving a local physical and historical legacy of national significance. Monuments are the keepers of memory, immutable in an ever-changing world, and by maintaining these we preserve not just things but their meaning as well. 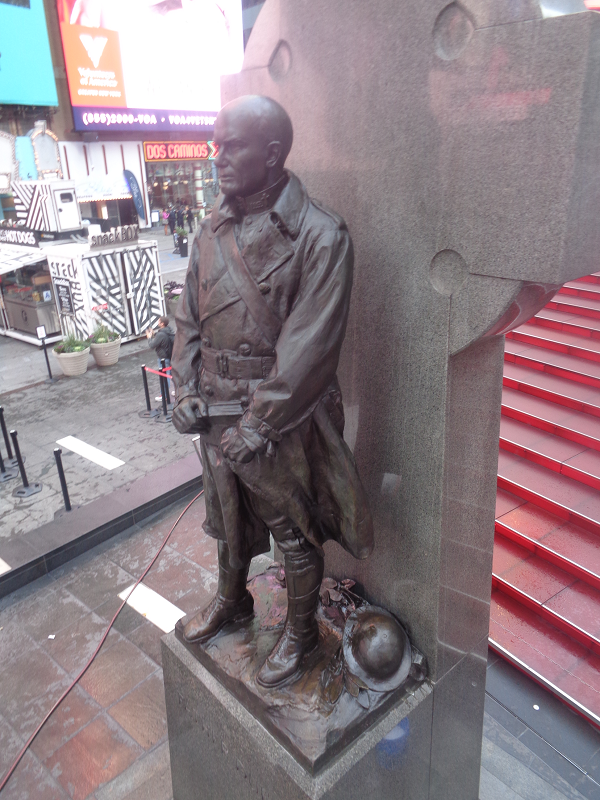 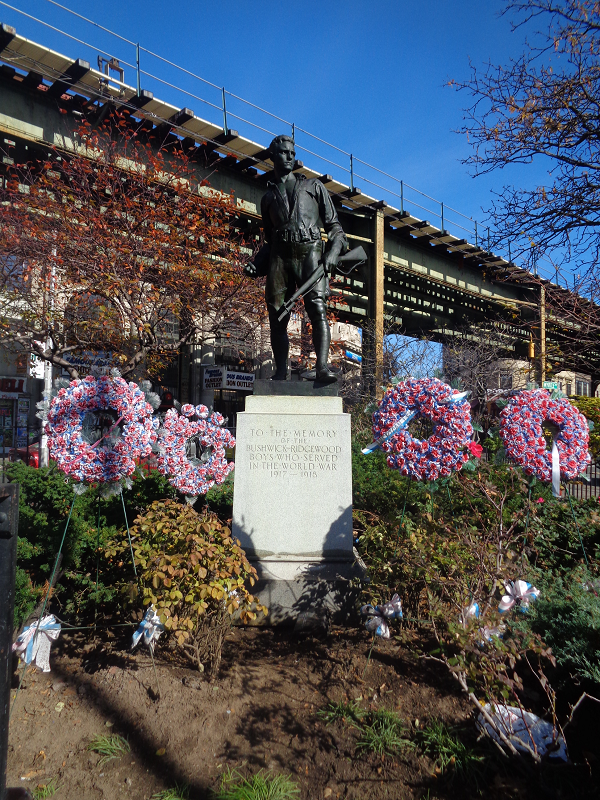 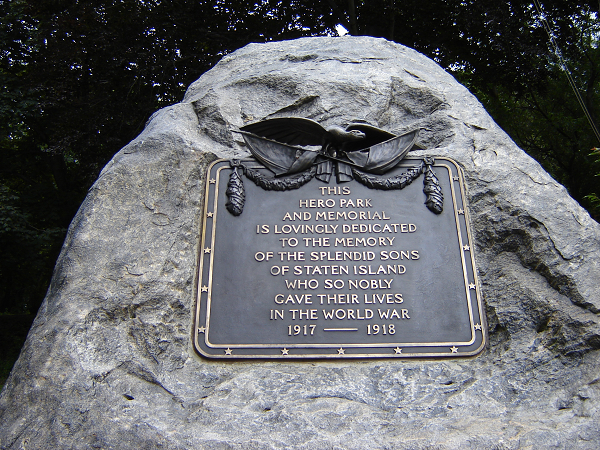 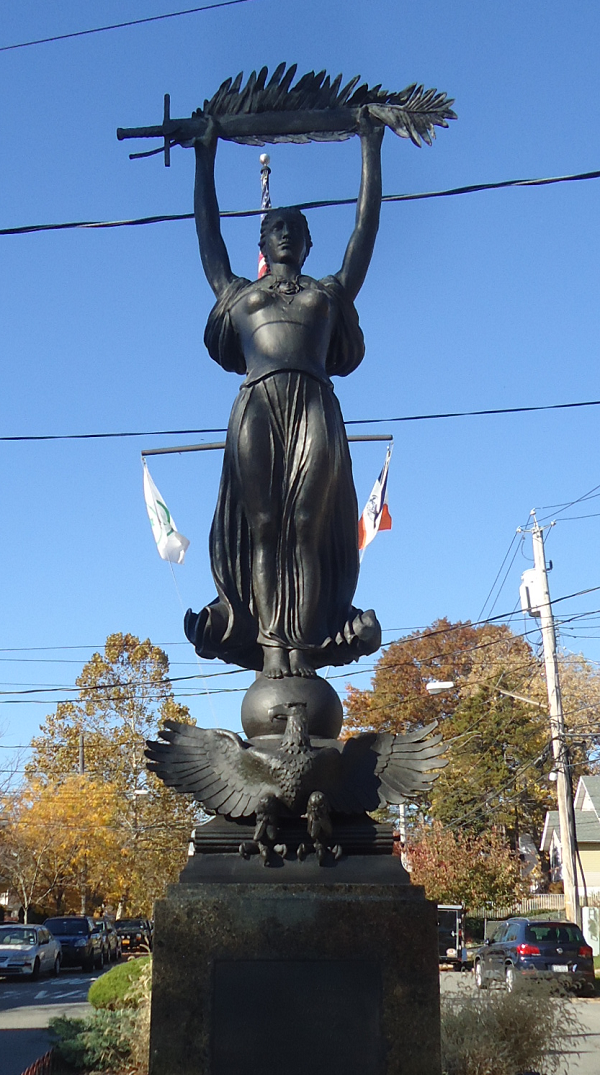 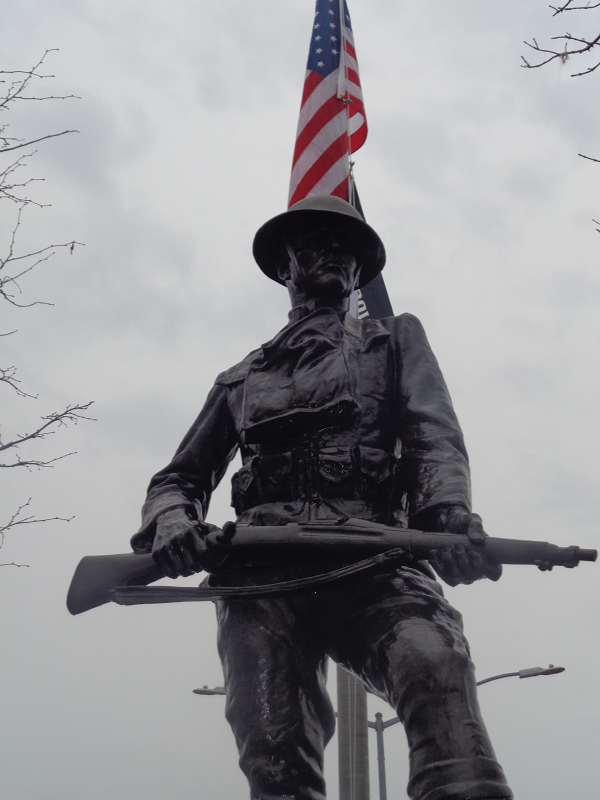