Thanksgiving During the Great War 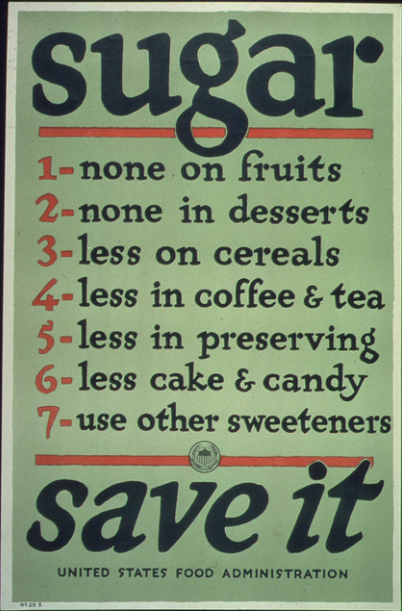 Thanksgiving is a time when many people take the time to gather with family and friends to feast give thanks, celebrate, or maybe cheer for their favorite NFL team from the comfort of their own homes.

During World War One, however, the Thanksgiving holiday was slightly different. On the home front people were encouraged to cut back on food items such as sugar, meat, fats, and wheat so that food could be sent to troops fighting overseas. Many newspapers across the country printed alternative recipe ideas that cut back on food items especially sugar.

American families were inspired to grow their own gardens and use homegrown food in their Thanksgiving meals instead of buying food from the local food market.

In fact, as part of his annual Thanksgiving Proclamation, President Woodrow Wilson in 1916 reminded Americans of the privations in Europe: 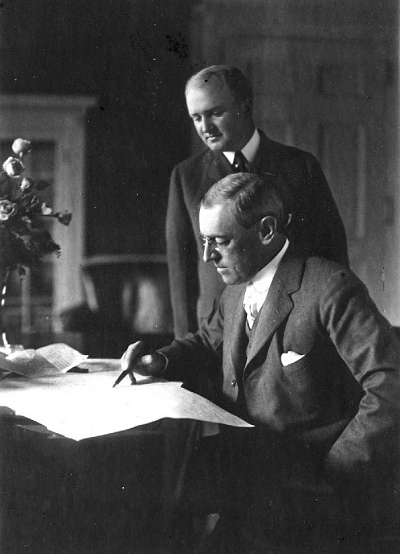 “...And I also urge and suggest our duty in this our day of peace and abundance, to think in deep sympathy of the stricken peoples of the world upon whom the curse and terror of war has so pitilessly fallen, and to contribute out of our abundant means to the relief of their suffering. Our people could in no better way show their real attitude towards the present struggle of the nations than by contributing out of their abundance to the relief of the suffering which war has brought in its train...”

Once America was in the war, there were efforts to enable military members in the combat zones, aboard ships, and stationed at military camps, to celebrate Thanksgiving. Food was rationed overseas, to ensure that troops enjoyed a proper Thanksgiving feast. The standard military ration was greatly improved for the Thanksgiving meal. The government printing office even published cookbooks so members of the armed forces could prepare their Thanksgiving favorites.

Joshua Venuti is a Fall 2016 intern at the U.S. World War One Centennial Commission.