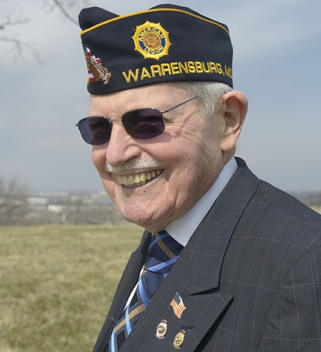 Jim Whitfield (Photo by The American Legion)The U.S. World War One Centennial Commission has received the sad news of the recent passing of our Commissioner James Whitfield. He was 90 years old.

The Centennial Commission Chair, Robert Dalessandro, expressed the sorrow felt by the entire Commission and staff. "Jim was a true gentleman and friend. We will all miss him. He will long be remembered for his dedication and work on behalf of veterans, and the World War One generation."

Fellow Commissioner Jerry Hester added "I will treasure his devotion and friendship".

During World War Two, Whitfield served in the U.S. Navy, aboard warships in the Far Pacific, North Atlantic, and Indian oceans, and the Mediterranean Sea. He was a graduate of Central Missouri State University, with a B.S. Degree in Business Administration, and he served as Student Body President. In his senior year he received the George Charno Citizenship Award, in part for his work as the school's Veterans Affairs Coordinator. Whitfield did post-graduate study at University of Colorado and Iowa University. 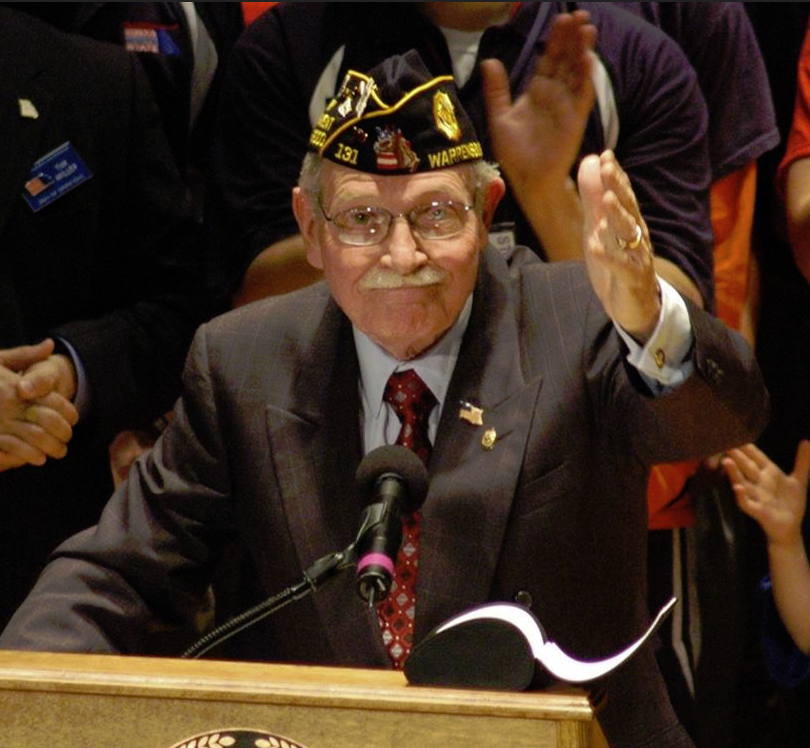 Jim WhitfieldWhitfield became active in veterans affairs after his honorable discharge from the Navy in 1947. He was a Life Member of The American Legion, Veterans of Foreign Wars in the United States, and BPO Elks, all of Warrensburg, Missouri. He also started the Warrensburg Jaycees, and was its first president. Whitfield served as the first chairman of the Missouri Veterans Commission, and served a total of 10 years on the Commission. During his tenure, the Missouri State Veterans Home system of seven homes, and the State Veterans Cemetery system, were established.

Whitfield was an active member of the American Legion for 70 years. Notably, he served as the Executive Director, American Legion National Headquarters in Indianapolis, IN.

Following his term at the American Legion National Headquarters, Whitfield was Administrative Manager and Convention Director for the North American Equipment Dealers Association with offices in St. Louis County, Missouri. Jim also served as the western area coordinator for the Missouri Military Funeral Honors Program of the Missouri National Guard until his death. He was an avid season ticket holder for the Missouri Mavericks hockey team and a big Cardinals fan. 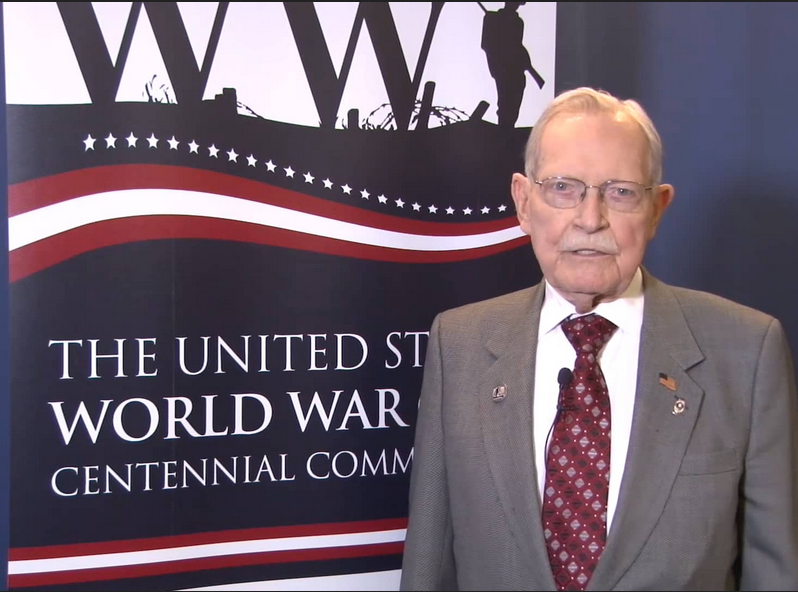 Jim is survived by his sister, Shirly Brockman, of Warrensburg; two nephews, Scott Dunham and wife, Carol, of Warrensburg and Wayne Raker and wife, Kathy, of Valrico, FL; three nieces, Ann Shideler and husband, John, of Wheatland, Kit Raker Gudde and husband, Lynn, of Chilhowee, and Clayton Raker Hasser, of Overland Park; a sister-in-law, Wilma Flawsburg and friend, Al Stewart, of Independence; and good friend, Brenda Brown, of Lee’s Summit. He was preceded in death by his parents.