By Chuck Raasch
via the St. Louis Post-Dispatch 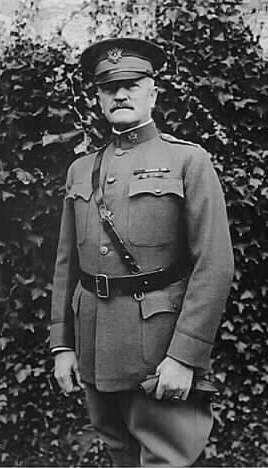 was not the war that ended all wars, a fact that resonates in today’s long struggle to defeat terrorism.

World War One, which the United States entered in 1917 and helped win a year later, is easily passed over in the nation’s annals of conflict.

Even though nearly 4.7 million Americans served during the war and 116,516 were killed (more than half in non-combat deaths) and more than 200,000 wounded, it is no longer a memory for most. Monuments to Civil War generals and big memorials to the Vietnam War and World War II grace the capital’s mall and neighborhoods.

World War One? Not so much.

Even so, the centennial of the United State’s entry into that war will be modestly commemorated next year, and with a big Missouri twist.

“World War One has been kind of bookended between the Civil War and World War Two,” said Mitchell Yockelson, a military history specialist at the National Archives and Records Administration. “A lot of vets came back and never wanted to talk about it. Everyone and their cousin was trying to publish a book on the Civil War. By the time we were ready to embrace [World War I], World War II came along.”

Yockelson is the author of a book about Missouri native John “Black Jack” Pershing, who led the American Expeditionary Force that tipped the war for the French and British against Germany.