Four Questions for Christopher A. Warren

Arlington National Cemetery (ANC) and the American Battle Monuments Commission (ABMC) have teamed together to create a joint exhibit on the First World War. Arlington National Cemetery Historian Christopher A. Warren Talks about the timely new exhibit and how it came to be, what surprises the creation of exhibit provided, and why it is so important to remember those who wore the uniform of their nation in World War One.

The Arlington National Cemetery has a new Visitors Center exhibit that is really interesting. Tell us about it.

Arlington National Cemetery (ANC) and the American Battle Monuments Commission (ABMC) have teamed together to create a joint exhibit on the First World War. The exhibit will mainly focus on the American experience in the war, and how ANC and ABMC were focal points for remembrance and commemoration of the Great War. 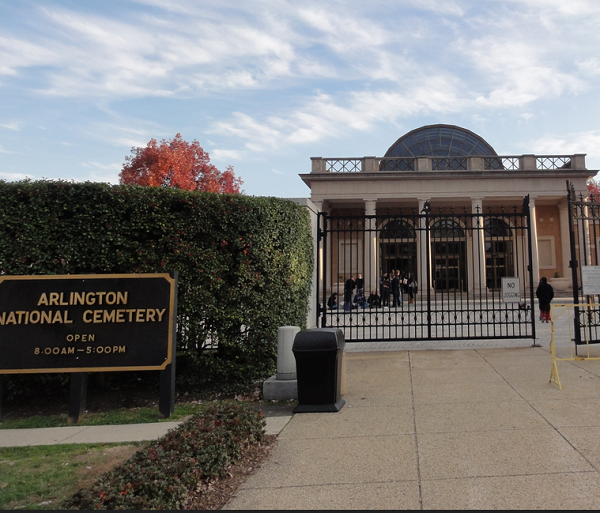 Arlington National Cemetery Visitors CenterOur exhibit is thematic in nature, covering everything from the arrival of the U.S. on the battlefield, to the influence of technology on the war, from the experiences African-Americans and Women during the war, to the repatriation of fallen service members back to the U.S. and ANC, as well as the creation of ABMC cemeteries overseas.

We emphasize and explore how ANC and ABMC became partners in commemoration throughout the 1920s-1930s. Although ABMC cemeteries are overseas and ANC is here in Virginia, both venues had a significant impact on the American public as locations for grieving and solace, whether at the burial site of a loved one, or visiting the Tomb of the Unknown Soldier, who initially represented all unknown and unrecovered service members who gave, as Abraham Lincoln said, “the last full measure of devotion.”

How did this exhibit come about? Who did you work with to create it?

This exhibit is a joint effort of Arlington National Cemetery (ANC) and the American Battle Monuments Commission (ABMC). Credit for the idea goes to the Executive Director of the Army National Military Cemeteries, Mr. Patrick Hallinan, and the Secretary of the ABMC, Mr. Max Cleland. Both ANC and ABMC wanted to create an exhibit commemorating the 100th anniversary of World War One. Mr. Hallinan suggested ANC and ABMC create a joint-exhibit, collaboratively using the expertise and resources of both organizations to create a first-class exhibit commemorating World War One in the national capital region.

ANC averages approximately 3-4 million visitors a year, so this exhibit will be one of the highest visited World War I displays in the U.S. The ANC History Office (Dr. Steve Carney, Christopher Warren, Roderick Gainer, and Tim Frank) and ABMC historians (Dr. Allison Finkelstein and Alec Bennett) jumped at the chance to work together and collectively conceptualized, designed, and created the exhibit over a 16 month period. Spending numerous hours researching at the National Archives, Library of Congress, and ANC’s historical holdings, with the eventual writing and editing as a team, demonstrates the ability of our two agencies to work toward a common goal: honoring and remembering American service members of the Great War.

The research process must have been significant. Did you have any memorable discoveries, or uncover any surprises, as your team dug into this material?

As any good historian will attest, every trip to the National Archives to conduct research garners surprises and discoveries and this project was no different. Two stick out in my mind. In some of our initial research, we found a specific connection between Arlington National Cemetery (ANC) and the American Battle Monuments Commission (ABMC). General of the Armies John J. Pershing, the commander of the American Expeditionary Forces during World War One, was also the first Chairman of the ABMC in 1923. Our research discovered it was Pershing who wanted ABMC cemeteries to look like, in his words, “little Arlingtons.” Particularly inspired by ANC’s “Field of the Dead” (Section 13 today), the Civil War enlisted burial ground with the iconic government-issued white headstones perfectly aligned and tended, Pershing wanted to use that section of ANC as a model for ABMC cemeteries.

The Tomb of the Unknown Soldier at Arlington National Cemetery

The second instance that sticks out was reading many of the letters in the National Archives from family members who lost loved ones during the war. In particular, letters concerning the Tomb of the Unknown Soldier (TUS). The TUS, dedicated on 11 November 1921, 3 years after Armistice Day, contained the remains of a single unknown American service member from the Great War. This unknown represented all those who died during the war and whose remains were either unidentifiable or never recovered. Many of these letters expressed relief and appreciation that, with the creation of the TUS, there was at least one place family could go to grieve for their loved-one. For those who lost a family member, whose remains were unidentified or unrecovered, a visit to the TUS was extremely personal. To them, the TUS wasn’t just a memorial to honor American unknown, the TUS was the grave of their son, or father, or uncle. Those families, as expressed in their letters, were not just visiting the TUS, they were visiting the grave of their loved-one.

World War One happened one hundred year ago, and is considered by some to be a forgotten war. Why is it important to tell the stories of these American veterans?

From the creation of the modern Middle East, to the Bolshevik Revolution of 1917 and the rise of communism; from the emergence of the U.S. as a world power, to the eventual rise of fascist movements in the inter-war years and the conditions that led to the rise of National Socialism and Adolph Hitler, politically, we live in a world created by the First World War.

For the United States, over 4 million Americans served in the armed forces during World War One and approximately 116,000 died from combat and disease. In U.S. history, only the Civil War and World War Two had a greater casualty count.

But beyond the tragic number of casualties, WW1 fundamentally changed the relationship between the American public and the federal government. This was the first war fought on the European continent by American service members, and to create the size of military needed to combat the Central Powers, conscription (the draft) was used on an unprecedented scale, dwarfing conscription efforts during the Civil War. This obligation, to require American citizens to serve the U.S. in a conflict overseas, created a reciprocal obligation for the federal government to properly care for the American dead, in perpetuity. 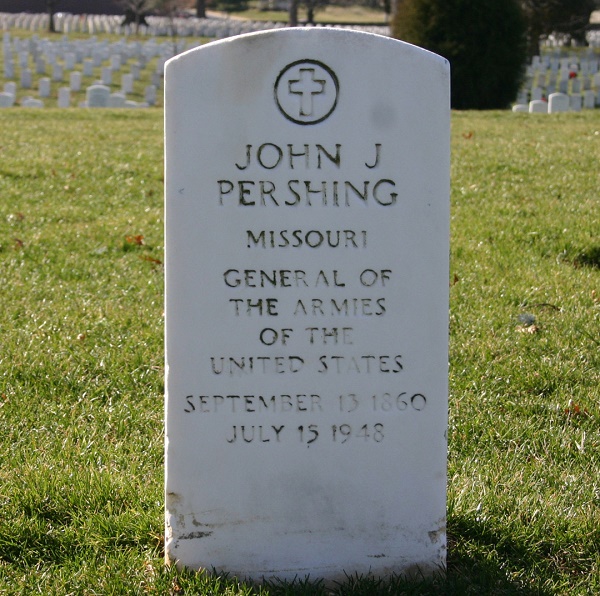 "...watched over by the grave of their commanding general, John Pershing."In response to this obligation, demanded most fervently by American women petitioning their government at a time when they still were unable to vote in federal elections, the U.S. government entitled the next of kin to select permanent interment of a family member’s remains on foreign soil in an American military cemetery designed, constructed and maintained specifically to honor in perpetuity the dead of those wars, or to repatriate the remains to the United States for interment in a private or national cemetery, including Arlington.

Buried in ABMC cemeteries overseas are over 30,000 casualties of the Great War. Nearly 5,000 American casualties lie in honored rest here at Arlington National Cemetery, watched over by the grave of their commanding general, John Pershing. From 1920-21 these men returned to the U.S. for reburial, the largest mass burial at ANC since the Civil War.

At ANC and the cemeteries of the ABMC, every headstone tell the story of an American hero. By honoring and remembering the sacrifices of the American veterans of the Great War we explore the history of our nation. When called upon by their country, the World War One generation, the “forgotten generation,” served honorably, many of them giving that “last full measure of devotion.”