Not Waiting for the Call: American Women Physicians and World War One 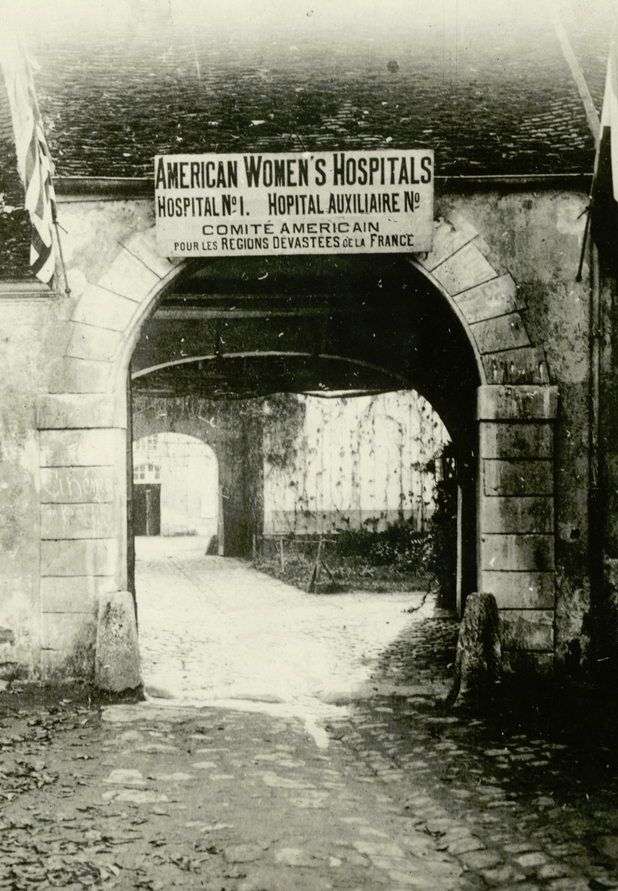 The modern weapons and tactics of World War One produced unprecedented conflict and carnage in Europe. France suffered the devastating effects of the war being fought on its soil, including a severe humanitarian crisis resulting from the bombardment of villages near the constantly-moving front lines. With the local village doctors away fighting at the front, the rural civilian population--already ailing from malnutrition and disease--were left even more vulnerable to illness and epidemics. Despite the widespread suffering, women physicians were not permitted by the European Allied countries, and later, the United States, to serve as officers in the military medical corps.

By 1917 when the U.S. entered the conflict, there was a shortage of workers for all types of jobs related to the war effort, including physicians – domestically and overseas. The need for the nation to mobilize for the war effort, and the growing professionalization of women accelerated the conversation about the role and status of women in the United States, where most were still denied the right to vote. Women doctors eagerly participated in this conversation, as many viewed it as their patriotic duty to use their medical skills during the war, to care for both civilians and soldiers.

With so many male doctors called away to combat, it seemed obvious to women physicians like Dr. Frances Van Gasken, Professor of Clinical Medicine at Woman’s Medical College of Pennsylvania, that the United States government would call upon them to fill the need for medical personnel.


Read the whole article on the Home Before the Leaves Fall web site here: