A longtime leader in The American Legion has been appointed to serve on the United States World War One Centennial Commission. 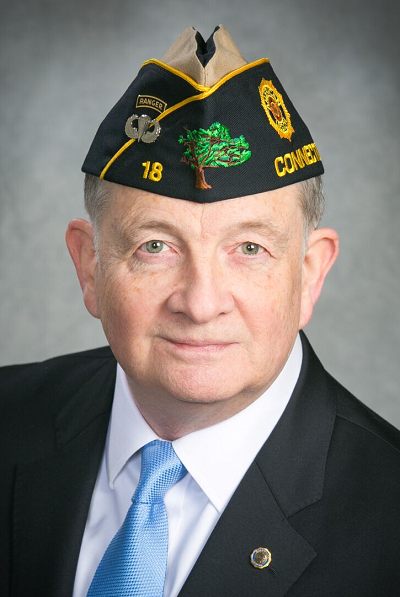 Jack Monahan John D. Monahan of Essex, Conn., was recently selected for the appointment by American Legion National Commander Charles E. Schmidt. Monahan will be officially sworn in as a commissioner at the nation’s capital during the Legion’s Washington Conference in late February.

Monahan replaces the late Commissioner and American Legion representative James Whitfield, who passed away in December 2016.

A 20-year veteran of the U.S. Army, Monahan served in uniform both as an enlisted soldier and as an officer. His military career was wide-ranging, including duties as a rifleman, tank company commander, foreign area expert, staff officer, linguist and arms-control inspector. He holds a bachelor’s degree in history from the University of Rhode Island and a master’s degree in European studies from Cornell University.

Since his retirement from the Army in 1995, Monahan has been active in veterans leadership at the local, state and national levels. He has served as administrator for the Connecticut Soldiers, Sailors and Marines Fund, which provides financial assistance to needy veterans. He is commander of La Place-Champlin American Legion Post 18 in Essex, Conn., which was founded by highly decorated World War One U.S. Army Ambulance Service Pvt. 1st Class Morton C. Tiley.

Monahan has also served as treasurer for The American Legion Department of Connecticut and has been a member of the national American Legion Finance Commission since 2007.

“We are very pleased to have Mr. Monahan on our team,” United States World War One Centennial Commission Chairman Robert Dalessandro said. “His achievements in the military and with The American Legion speak for themselves, and these experiences make him a perfect candidate for helping us to tell the World War One story.”

“Jack Monahan fully understands the common bond of military service, from the World War One generation that formed The American Legion to our nation’s troops serving today,” American Legion National Commander Schmidt said. “All that The American Legion has done over the last century is inextricably linked to those who served during the Great War and came home, as the founder of Jack Monahan’s post did, to make their communities better. In so many ways, we continue to benefit as a nation from the World War One legacy of service.”’

With a current membership of 2.2 million wartime veterans, The American Legion was founded in 1919 on the four pillars of a strong national security, veterans affairs, Americanism, and youth programs. Legionnaires work for the betterment of their communities through more than 13,000 posts across the nation.