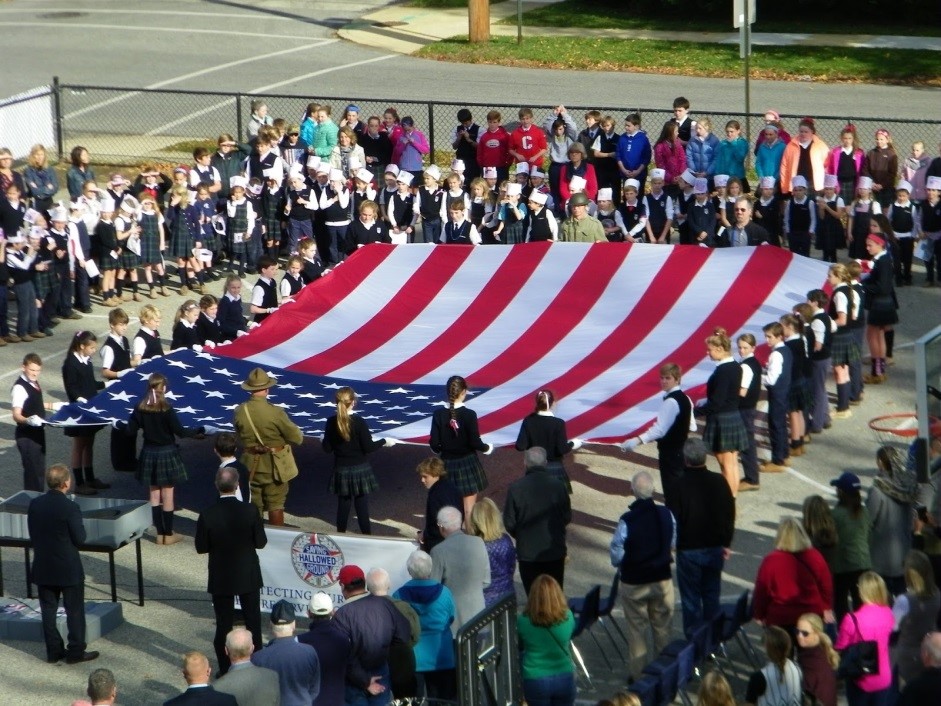 Saint Katharine of Siena students wear white gloves while unveiling Saving Hallowed Ground’s traveling 20 by 30 foot flag used to commemorate the World War One Centennial at events across the globe.Grade School students at Saint Katharine of Siena School in Wayne, Pa., took part in a unique ceremony on Veterans’ Day last fall. Partnering with the nonprofit organization Saving Hallowed Ground, a program of the Uncommon Individual Foundation, students conducted flag and tree ceremonies to honor the sacrifices made by American troops during World War One.

“Follow the Flag,” is a Saving Hallowed Ground project that sends a 20 by 30 foot American flag around the world, where communities can unveil and fold the flag, noting their participation in a log book and posting photos to social media. The “Memorial Tree Planting Project” models the original program started in 1914 to commemorate the service members who died in the war effort. The trees serve as a reminder to current citizens of the enormous sacrifices made by service members and their families a century ago to maintain freedom and peace at home and abroad. 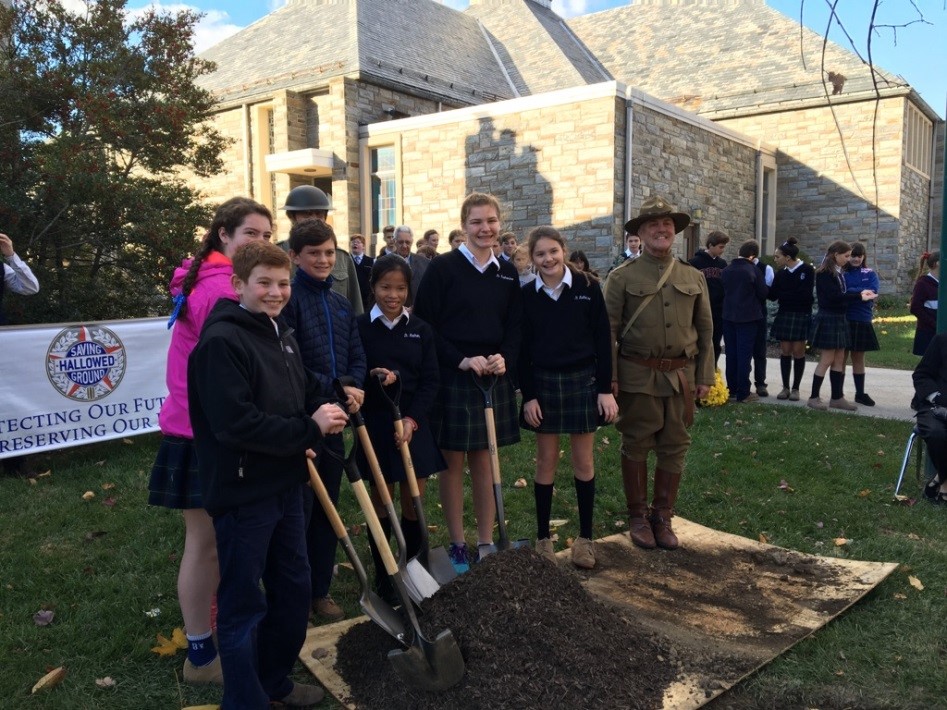 Saint Katharine of Siena students prepare for the tree planting project on their campus with Saving Hallowed Ground Executive Director Eugene Hough, dressed as a World War One soldier.“We are so excited to partner with Saint Katharine of Siena students in sharing and remembering the stories of American service members during the Great War,” said Eugene Hough, Executive Director of Saving Hallowed Ground and a Pennsylvania Army National Guard veteran.

“Keeping these stories alive is critical for the American people to remember what our nation went through to ensure a successful conclusion to World War One,” said Hough.

“This was an opportunity for our students to honor true American heroes,” said Saint Katharine of Siena Principal, Bud Tosti. “We must ensure World War One will not be the forgotten war. Planting a tree on our school grounds will serve as a constant reminder to our students that fellow Americans died more than 100 years ago to secure our freedoms today,” said Tosti.

“It was a very memorable day for our school community honoring our veterans,” he concluded. 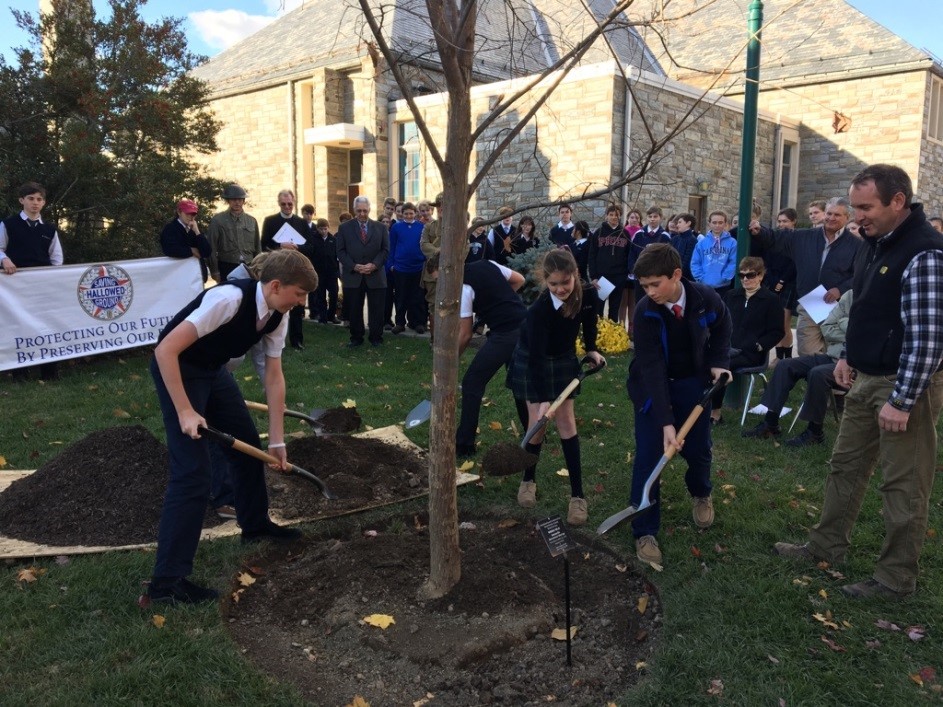