Did you have a family member serve in World War One? Nearly 5 million Americans wore the uniform during that war, and each had an experience that is part of our country’s rich historic fabric. 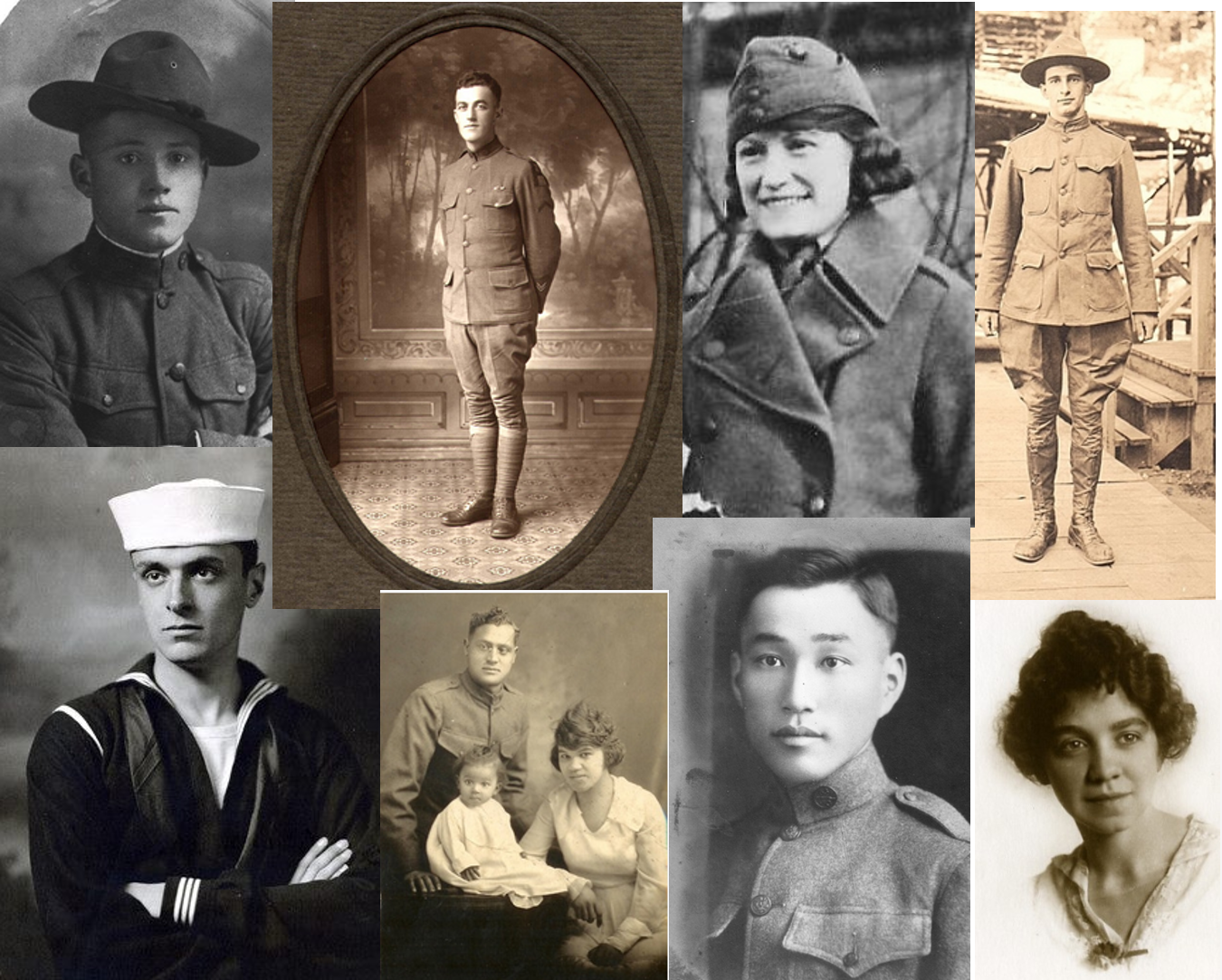 Almost five million American families sent their fathers or mothers or sons or daughters to serve in the Armed Forces during World War One. Countless other families had members who supported the war effort in industry, farming, shipping, and many other fields. All those who served then are gone now, but the Commemoration of the Centennial of World War One is the nation's opportunity to make a permanent and comprehensive record of how and where those family members served, and what they did for the country, before the succeeding generations' memories of that service are lost forever.

“Stories of Service” allows anyone who grew up hearing about their grandparent or great-grandparent’s service to preserve this precious record of family history in the permanent record of the World War One Centennial Commission.

Through our “Submit a Story of Service” link you can submit photos, artifact imagery, and a personal account of a relative’s service during the war. For those veterans with no surviving family members left to share their story, others can reach out to groups and organizations to search their archives for information about prior members.

Many families still have letters, photographs and souvenirs that their relatives left behind. Through the Commission’s “Donate an Artifact” link those artifacts can be preserved and archived.

A century ago Americans went to war. Those who returned brought with them incredible accounts of what World War One was like and their experiences while they were there. The World War One Centennial Commission is responsible for commemorating the centennial and through their website ww1cc.org and social media links, they have established a way for all to participate in the anniversary of the war to end all wars.

John Strickland is a volunteer at the United States World War One Centennial Commission.