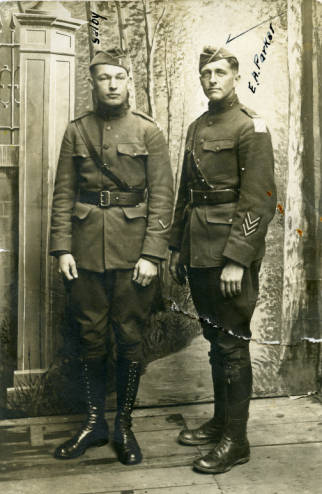 Norwich alumni (photo courtesy of Norwich University Archives)Norwich University has partnered with the U.S. World War I Centennial Commission to host events on campus and to act as a statewide clearinghouse for commemorative events occurring throughout Vermont to the national centennial commission.

World War I has a special place in the history of Norwich University, the birthplace of the Reserve Officers Training Corps (ROTC). Leading up to American involvement in World War I, Norwich issued its entire senior class certificates of graduation in 1917, so that when war was declared the students were able enter the military. The school was in a unique position to serve its country and provide citizen soldiers with the tools and skills to lead and fight when the U.S. entered the conflict.

According to a 1928 report by the state of Vermont, after the war, famed General John J. Pershing wrote to Charles Plumley, Norwich’s then-president, commending the school’s soldiers for their actions: “It gives me a great deal of pleasure to write these few words of appreciation of the services rendered by Norwich University men in the World War. Prepared to fulfill the sacred duty of defending their country’s honor through the highly efficient course of instruction in the military science which Norwich provides, they answered the call in 1917 with a patriotism inspired by the achievements of Norwich men in previous wars. The duties they performed and the manner of their accomplishment added another splendid chapter to the history of their Alma Mater,’” wrote Pershing.

In addition to individual undergraduate academic initiatives around the centennial, Norwich is pleased to invite the public to several commemorative events.

The Norwich University Sullivan Museum and History Center presents “World War: America and the Creation of a Superpower,” an exhibit running from August 31, 2016 to June 23, 2017. The exhibit, which is aligned with the both the 100th anniversary of the U.S.’s entry into WWI in 1917 and the 75th anniversary of U.S. involvement in WWII in 1941, examines the way these wars have defined the country’s place in the world. 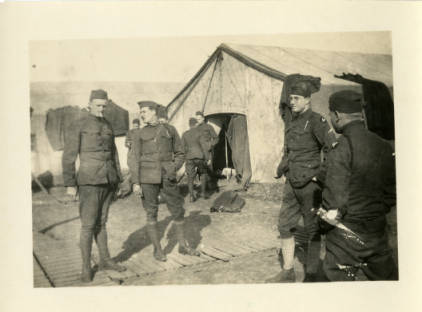 Norwich University was the birthplace of the Reserve Officers Training Corps (ROTC).Featured objects include propaganda posters and rare complete “Hello Girls” uniform, on generous loan from Norwich alumnus James Mullin. Hello Girls were bilingual switchboard operators who served in the U.S. Army Signal Corps during World War I. Other objects on display include trench art, uniforms, medals and objects from the field.

The Sullivan Museum and History Center is the state’s only Smithsonian Affiliate. Located on the Northfield campus of Norwich University, there is no charge for admission. Hours are Monday-Friday, 8 a.m. to 4 p.m., and Saturday 11 a.m. to 4 p.m. during the academic year.

• On April 6, 2017, the Sullivan Museum and History Center will host a presentation on “The Evolution of British Poetry in the First World War.” This Lunch and Learn program, held at noon with a light lunch, will discuss how the war changed individual poets and, more broadly, how society thought about war over the long course of British involvement. The event is free and open to the public.

• On April 12-13, 2017, the William E. Colby Military Writers’ Symposium addresses the topic, “Won the War, Lost the Peace: The Centennial Legacy of World War I.”

Michael Neiberg, professor of history in the department of national security and strategy and inaugural chair in war studies at the U.S. Army War College;

The symposium, in its 22nd year, is the only program of its kind at an American university. Members of the public are invited to attend, and registration is required. Tickets are required for some events. Visit Colby.norwich.edu for schedule and registration information.

Additional events may be scheduled throughout the spring, and will be shared on www.norwich.edu.

Vermont organizations hosting commemorative events are invited to contact Norwich so that event information can be shared on the U.S. National WW1 Centennial Events Register online, where it will also become part of the permanent national archive of WW1 Centennial activities. Contact the Norwich University Office of Communications with event information, 802-485-2811, ocstaff@norwich.edu.