Centennial Commemoration on April 6, 2017 of U.S. entry into WWl

The national ceremony, “In Sacrifice for Liberty and Peace: Centennial Commemoration of the U.S. Entry in World War I,” will be held on April 6, 2017 at the National World War I Museum and Memorial in Kansas City, Mo. 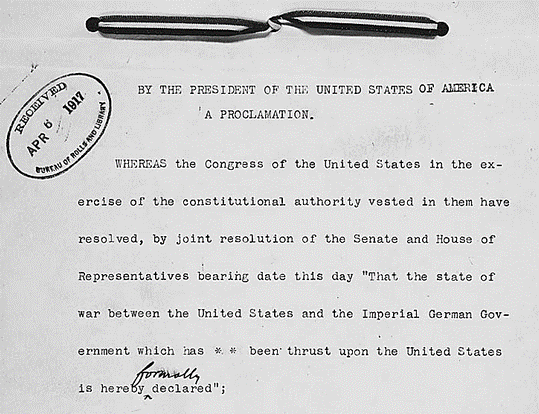 Invited attendees include the President of the United States; Congressional leadership; Cabinet members; State governors; U.S. military leaders; veteran organizations; representatives from U.S. military legacy units that trace their history back to World War I; descendants of significant American WWI figures; and other organizations, dignitaries, and VIPs. International invitees include the Heads of State of Australia, Austria, Belgium, Canada, France, Germany, Hungary, Italy, the United Kingdom, and all other nations whose people were involved in the Great War.

On April 6, 1917, after much debate, the United States entered World War I. The ceremony in Kansas City, and complementary events around the nation, will encourage every American to reflect on what that moment meant, how it continues to influence the nation, and how every American family, then and now, is linked to that perilous time.

“The April 6 ceremony in Kansas City is an important element of the national conversation about World War I,” said Dan Dayton, executive director of the World War I Centennial Commission. “Why should we care? Because we are all products of World War I. The entire country was involved— everyone has a story. The Commission’s goal is to inspire you to find your personal story and connection.”

“In Sacrifice for Liberty and Peace: Centennial Commemoration of the U.S. Entry in World War I” will consist principally of the reading of passages from significant and representative American writings of a century ago about the U.S. decision to enter the war, including selections from speeches, journalism, literature, poetry, and performance of important music of the time. Invited American readers include the President of the United States, Congressional leadership, and descendants of U.S. World War I veterans. Certain Heads of State from other nations are invited to read passages reflecting the reaction of their respective nations to the U.S. entry into the war in 1917. The ceremony will also include flyovers by U.S. aircraft and Patrouille de France, as well as a military band, color guard, ceremonial units, and video productions. Students across the nation will participate in this historic event, learning how WWI changed the United States and the world. 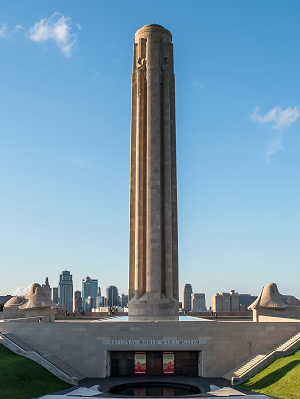 The centennial commemoration ceremony will be held at the National World War I Museum and Memorial in Kansas City, Mo.America’s entry into the Great War created profound change throughout the country. WWI military historian and archivist at the National Archives and Records Administration Mitchell Yockelson explains that “although the union was again whole after the end of the American Civil War, the United States remained fractured. Recovery was slow until the turning point of reconciliation occurred 52 years later. On April 6, 1917, Americans cast aside past sectional and political differences, donned the same uniform and fought as one under a singular president and field commander in the Great War.”

World War I Centennial Commissioner Dr. Monique Seefried said it is critical that the nation remember the momentous events of World War I.

“It is so important to understand the debate that was going on within the United States about entering World War l. In reaching that decision, the nation became united for the first time in decades. Our goal was to bring peace to a world that had become inflamed. The subsequent decisions and actions taken 100 years ago helped shape and define the world we live in today.”

The ceremony launches an 18-month long commemoration period of the United States’ involvement in WWI, marked by anniversaries of specific events of the war, including major engagements of U.S. forces, key local dates, and more. More information on key events can be found at ww1cc.org/events.