The famed aviation demonstration team from France, Patrouille de France, will perform in the skies over Kansas City on April 6th, 2017, as part of the national commemoration event hosted by the U.S. World War I Centennial Commission and the National World War I Museum and Memorial. This show will be part of their 2017 tour the USA.

Since 1915, American volunteers had joined the French Air Service and in 1916, the Lafayette Flying Corps and the Lafayette Escadrille had been formed, in honor of the Marquis de Lafayette whose role had been so significant in America’s War of Independence.

The airplane was the war’s newest weapon and Americans were quick to distinguish themselves alongside their French brothers in arms. Many of these young men joined the American air service by the end of 1917 when American pilots kept arriving from the United States.

To them, and to all the American pilots who fought in the skies of France until the Armistice on November 11, 1918, the Patrouille de France would like to express its gratitude during this USA 2017 tour: "We remember and we thank you." 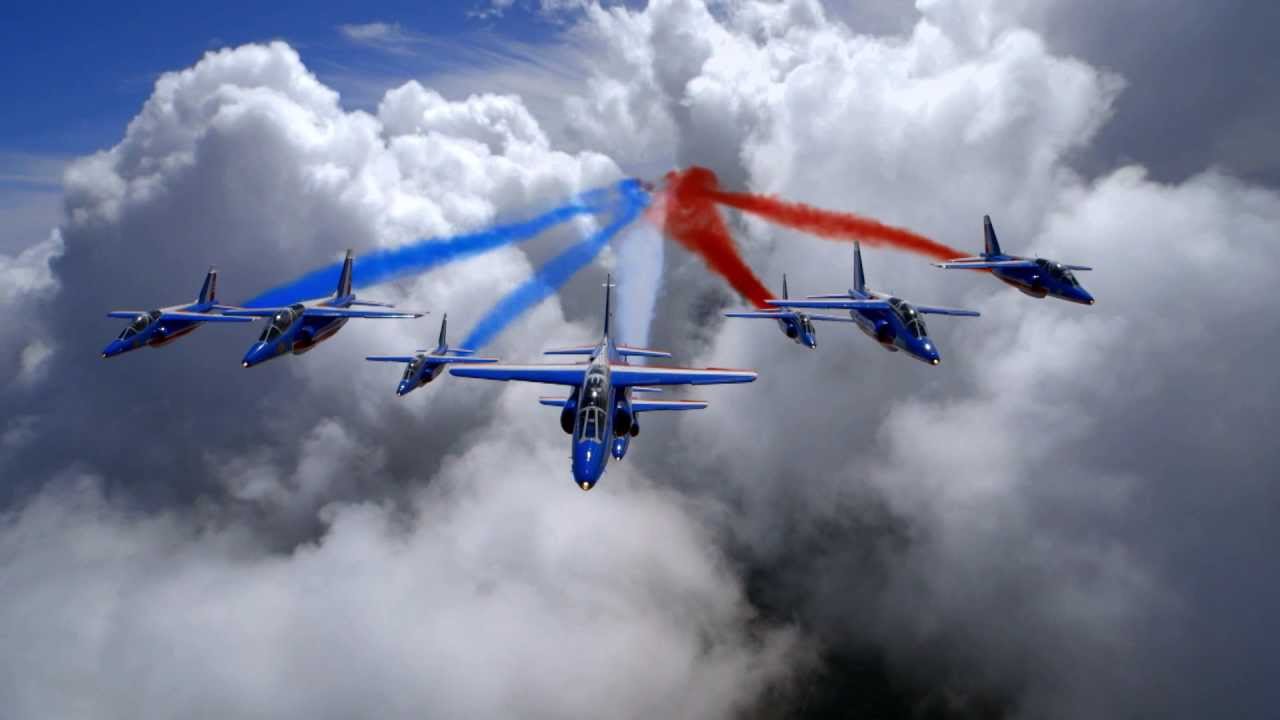