The USA’s World War One Centennial Commission has made Brooke USA’s Horse Heroes campaign an official Centennial Partner, recognizing the contribution of America’s horses and mules to the war effort. 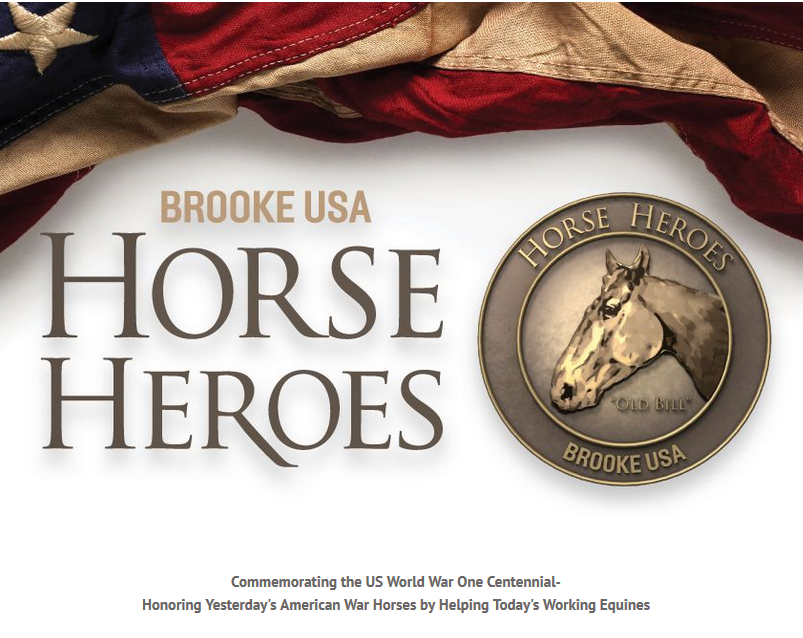 This year the United States will commemorate the 100th anniversary of its entry into one of bloodiest wars of the century.

The Commission was established by the US Congress under the World War I Centennial Commission Act. The role of the Commission is, among other things, to develop programs to commemorate the historic event and to encourage and facilitate the activities of private, state, and local organizations which are commemorating the centennial. President Obama signed the Act, and Presidents Jimmy Carter, George H.W. Bush, Bill Clinton, and George W. Bush are Honorary Chairs of the Commission.

The Commission believes that Horse Heroes will further the Commission’s goals of educating the American people about the causes, courses and consequences of WW1, commemorating US involvement in that war, and honoring the service and sacrifice of American servicemen and women in the war.

The role of Horse Heroes will be to remember the nearly one million American horses and mules who served alongside their brave soldiers, by raising $1 million to improve equine welfare around the world.

Brooke USA Chairman Dr David Jones said the organization was honored to be named as a partner alongside several highly esteemed organizations. “We’re also grateful for the privilege of bringing the immeasurable impact that American horses and mules had on the war to the public’s attention.”

Read the whole article on the horsetalk.nz web site:-