Dr. Noriko Kawamura is associate professor of history at Washington State University. Kawamura’s research focuses on the history of war, peace, and diplomacy in the Pacific World. She teaches the history of U.S. foreign relations, U.S.-East Asian relations, U.S. military history, and modern Japanese history. She is also the author of Emperor Hirohito and the Pacific War. She also co-edited Building New Pathways to Peace and Toward a Peaceable Future: Redefining Peace, Security, and Kyosei from a Multidisciplinary Perspective. We caught up with Dr. Noriko Kawamura, recently, and talked to her regarding her recent Pritzker Military Museum and Library presentation on Japan's role in WWI.

You recently gave a talk at the Pritzker Military Museum & Library on World War I and Japan's role. Tell us about your talk. What is your background, and what did you cover?

I am teaching the history of U.S. foreign relations, U.S. military history, and U.S.-Japanese relations at Washington State University. My talk at the Pritzker Military Museum & Library is based on my book, Turbulence in the Pacific: Japanese-U.S. Relations During World War I (Praeger, 2000). 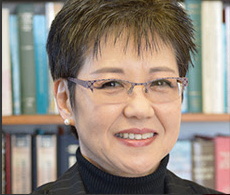 My book examines the trajectory of U.S.-Japanese relations and show how World War I impacted these two Pacific powers. I argue that World War I was a contingent factor in the Pacific when it started, but by the end of the war, the balance of power shifted in the Pacific in a fundamental way. Japan who emerged as the leading regional power in Asia challenged the domination of the Western Powers in the Pacific, especially the United States.

The role of Japan -- and the war activity in the Pacific -- was quite significant. There was the confiscation of ships, occupation of colonial 'territories', power plays in Russia, the scuttling of the SMS Comoran. Whole empires were colliding. Tell us about what was happening in/around Japan at this time.

Japan as an ally of Great Britain declared war on Germany and occupied the German leased territory in Shandong in China, and German Pacific islands (the Marianas, the Carolines, and the Marshalls). While European powers were preoccupied with the war in Europe, Japan launched an ambitious assertive policy to establish its supremacy in China, and later in eastern Siberia (which utterly failed). Japan’s relationship with the United Stated rapidly deteriorated because President Woodrow Wilson emerged as a protector of the Open Door and independence of China, and tried to curb Japan’s aggressive policy. The anticlimactic U.S.-Japanese joint military expedition in Siberia caused more tension between the two, and their distrust of each other deepened. President Wilson and the Japanese delegation had a showdown at the Paris Peace Conference. 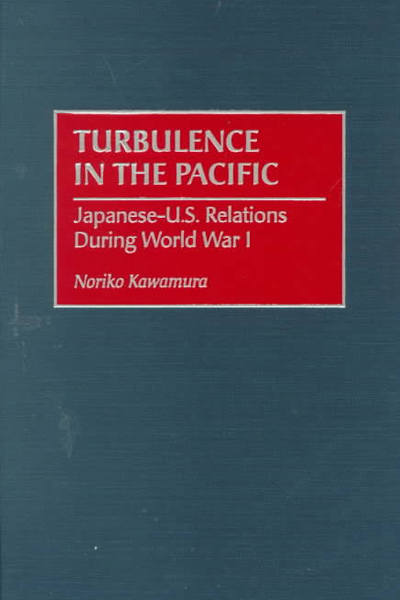 As a diplomatic historian, I study historical events between war and peace, where diplomacy and military actions are often inseparable. There are always long-term reasons for the coming of a war, but they could be slow but steady escalation of invisible conflicts. When we study the clash between the United States and Japan there are continuities from what happened in the Pacific during the First World War to the Second World War. But diplomatic disputes were uneventful and overshadowed by the carnage in the European Fronts.

My book, Turbulence in the Pacific, suggests that behind the clash between Japan’s European style imperialism, and America’s Wilsonian anti-colonial, liberal internationalism there was an additional dichotomy. Japan as an Asian nation was developing a regionalism in Asia with the slogan “Asia for Asians,” which was driven by its strong sense of racial identity and anti-Western nationalist sentiments. President Wilson’s America, on the other hand, exhibited the attitude I characterize as universalism and unilateralism.

The Wilson administration assumed that America’s ideals of freedom and democracy were universal values that everyone must embrace. President Wilson began to apply his ideals of liberal internationalism unilaterally to the rest of the world, without fully understanding the reality of the outside world. It is hard to argue that the Wilson administration was familiar with the situation in Japan or China at that time.

To be sure, history clearly shows how Japan’s self-deceiving expansionist policy in Asia and the Pacific led the country astray in the 1940s. However, I wonder if we really understand how President Wilson’s unilateralist approach to international relations affected the world. I, therefore, examined the effectiveness of Wilsonian policy in dealing with the challenges the Japanese Empire posed in the Asia-Pacific region during World War I.

My book was published in 2000, before the 9/11 terrorist attacks, but my book pointed out possible shortcomings and dangers of unilateral foreign policy carried out under the rhetoric of universal idealism of freedom and democracy.