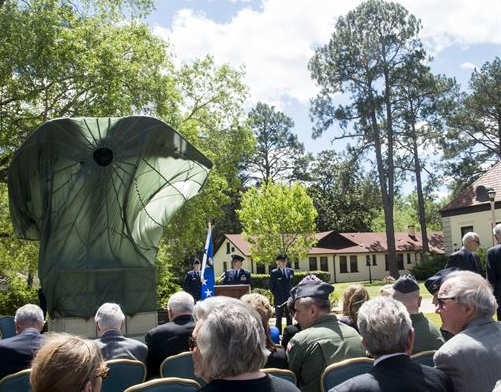 The statue is a nod to all USAF aviators, but particularly to the early American aviators who flew with the French military during World War I in the Lafayette Escadrille and other squadrons.

In Greek mythology, Daedalus was the creator of the labyrinth that entrapped the Minotaur and was the first man given wings by the gods. The fraternal order of WWI military pilots established here in 1934, The Order of the Daedalians, chose Daedalus as their namesake.

The statue was commissioned and donated by Montgomery area business leader, Nimrod Frazer. Frazer is the son of a WWI purple heart recipient and a Korean War Army veteran. He is a Silver Star recipient himself. 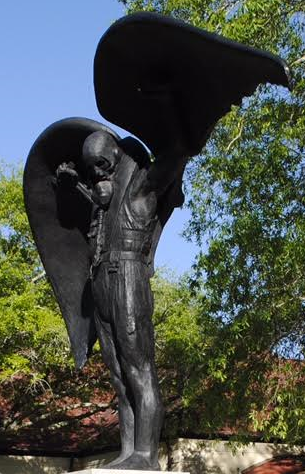 Onhand for the airshow - and to give his personal regards to CSAF General Goldfein - was Chief of Staff of France's Air Force, General Andre Lanata.

The Patrouille de France is making their first appearance in the United States in 30 years, via a North American tour. That tour is offered as a thank-you the people of the United States for those early World War I aviators who helped to save their country 100 years ago.

Earlier in the week, the Patrouille de France performed a flyover at the WW1CC's national event, "In Sacrifice for Liberty and Peace: Centennial Commemoration of the U.S. Entry into World War I", in Kansas City, MO.