"How fragile peace can be if prudent voices go unheeded"

Professor Teresa Van Hoy is a professor at St. Mary's University in San Antonio, Texas. She has been working with WW1CC Commissioner, General Alfredo Valenzuela, on a special World War I-themed project with her students. The projects starts with them researching, writing, and producing a series of remarkable mini-documentaries, which are viewable on YouTube. We caught up with Professor Van Hoy, to talk to her about the project, and her students progress.


You and your students have been putting together an amazing documentary mini-film series on World War I. Tell us about it. 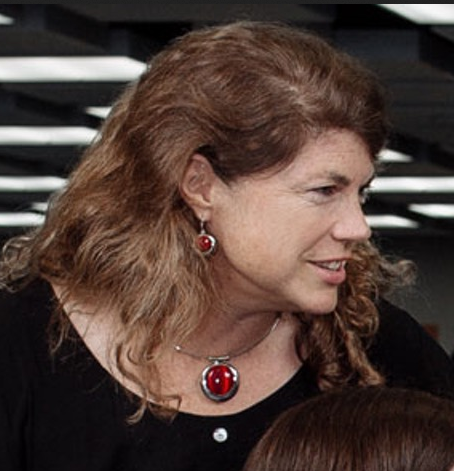 Professor Theresa Van HoyOur World War I films have become the signature of our MobileMural history initiative. Once again, for the fourth consecutive semester, each of my students is making a short "microdocumentary" film (5 minutes long) on any aspect of World War I that he or she chooses. These films produced "by and for the people" help move history from the classroom and archive into the streets and squares. Each new class of St. Mary's University students learns from the films produced in the preceding semesters and works to leave their own legacy in turn. Our last batch will be ceremoniously uploaded at the 11th minute of the 11th hour of the 11th day of the 11th month of 2018. On that centennial, all seven "generations" of students will gather to celebrate their collective opus and pray that the Great Hope of peace which ended the Great War may prevail.

How did this project come about? Was this part of scheduled curriculum, or was it a grand idea that someone was able to win support for? What challenges did you face -- What was your students reactions to this opportunity?

We have the World War I Centennial Commission to thank for the genesis of this project! Because the WWICC was listening, my students felt empowered to speak. The first to welcome their voices was General Alfred Valenzuela, thereafter, Monique Seefried and many others both at WWICC and TX WWICC. We also drew inspiration from two Frenchmen who made military history come alive for my students. Gerard Mignard and Michel Benoit helped transformed my students' microdocumentary films from course assignment to clarion call. 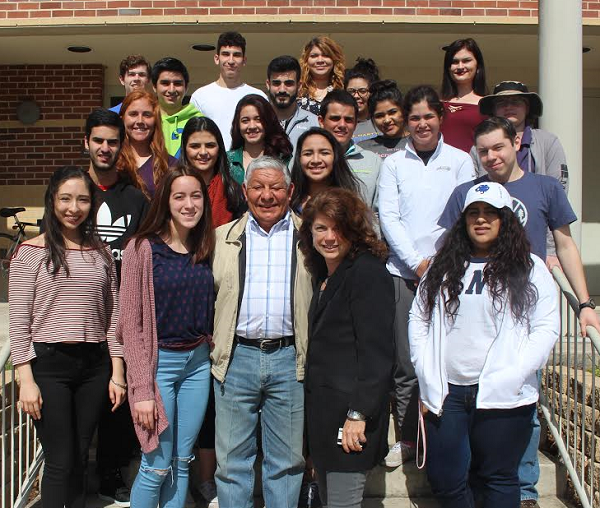 U.S. World War One Centennial Commissioner General Alfred Valenzuela (front row, third from left) and St. Mary's University Professor Teresa Van Hoy (front row, second from right) pictured with Van Hoy's student WWI microdocumentary makers.Empathizing with the people who suffered this history 100 years ago, my students felt a responsibility to reach out across the century and the globe to honor the memory of those who have gone before. My students are predominantly Mexican American, many of whom are veterans, active-duty, ROTC, or military family members, but I also have many foreign-born filmmakers, including Saudi, Turk, Australian, Mexican, Swiss, Central American, and Chinese students. Thus far, only one of the films is dubbed and subtitled in French, but perhaps we could crowd-source translations into other languages if viewers so desire.

The student mini-films are remarkable, and cover a very broad spectrum. Tell us about their work, and what we will see on the YouTube Channel. Any productions that stand out in your mind, or any remarkable stories to share from the research efforts?

The films are diverse because our students are diverse and so were the soldiers! Viewers will see on our YouTube channel works ranging in tone from crowd-pleasers to enigmatic films.

Another popular category is the contribution of those Americans who fought for their country even though they were barred from restaurants and subject to lynching at that time. The films on the 369th of New York and the 370th of Chicago help us celebrate Black History Month. Films on Tejanos' service are useful for Hispanic Heritage observances. A Chinese student contributed China's experience during the war. Arab students presented the Arab revolt and Lawrence of Arabia. We offer lots on Texas--Camp Travis, Zimmerman telegram, U.S.S. Texas-- in support of Mike Visconage and the Texas WWICC.

Overall, what have your students taken away from this experience, on this special project? Why was it important for you to teach them the stories of World War I?

St. Mary's students dig deep to make their films meaningful. That's why all films begin with a dedication. When our work draws inspiration from our loved ones or the soldiers and civilians of the Great War, then we speak from a more powerful place. I had originally considered "branding" or standardizing the films in some way, perhaps to pay tribute to our wonderful university, but I chose to trust each student's creative eye and voice rather than impose a template.

Some of these films resonate with the unspoken intensity of the students' quest to link their lives to the Great War. Janet, an Air Force veteran whose son followed her military footsteps, connected deeply to Hangar 9, the last surviving structure from World War I at Brooks Air Force base. Furkan's great, great grandfather was in the battle that we call Gallipoli. "Put his photo in!," I urged Furkan. "We don't have one. We have only his stories of how the bullets flew so thick that they hit each other in the air. Something in him died that day alongside his friends." That's what we hope these films will do--help keep the stories alive.

These films often become the highlight of the students' college careers, even for non-history majors. They say so when they bid me goodbye at graduation, but it also crops up even in their official "exit interviews." Participation in a large-scale, long-term project connects students across discipline, race, religion, class, and other barriers. The bond persists even post- graduation. Students from early cohorts volunteer to mentor new filmmakers.

These video productions bestow many practical benefits, especially research experience and new tech skills useful for internships, employment, or even a birthday gift. Beyond the film assignment, some students have elected to pursue their WWI research, producing conference posters and presentations. As the centennial approaches, the students are receiving many invitations to present their films and to join commemorations, notably at the centennial ceremony in Kansas on April 6 and at Texas celebrations throughout the upcoming year. 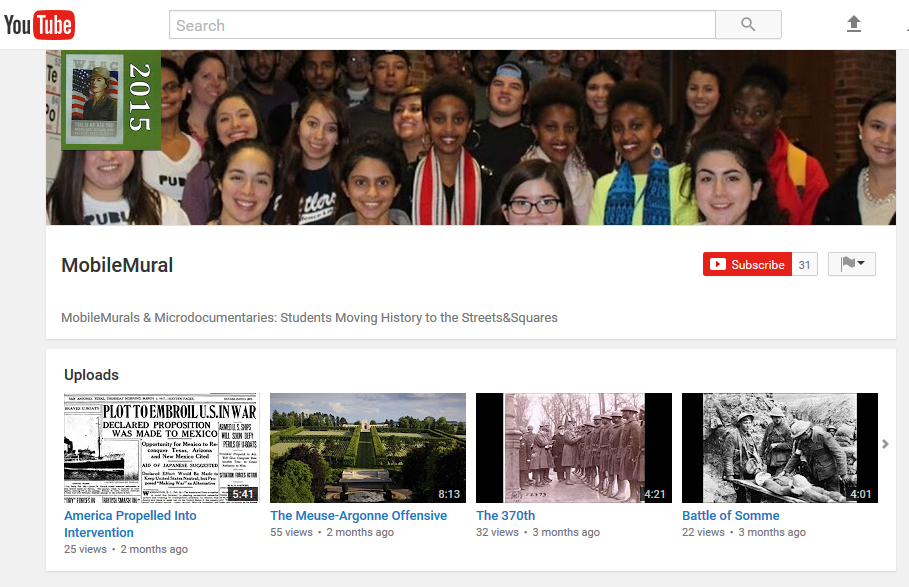 What the students value more than the practical is the ineffable. More than the trips, skills, and acclaim is the sense of connection and purpose. On Day 1, when they first learn that the official World War I Centennial Commission in Washington DC awaits their contributions, the students fall silent. I sense them in disbelief and tense, as though bracing for the disappointment that I was just kidding. When I then project a film with the WWICC logo and show the welcoming correspondence from Monique and others, something shifts. These young people feel welcomed to contribute to something bigger than themselves.

I teach this history because it still powerfully shapes our world and because its lessons can liberate us. British citizens are mobilizing to restore the honor of shell-shock victims executed or condemned as "cowards." The war created new impetus for social justice, including the vision of the League of Nations and movements toward decolonization. The July 1914 domino-effect demonstrated how fragile peace can be if prudent voices go unheeded.

I'll close by evoking the power of an old brass artifact. Michel Benoit gave me a WWI shell casing that a homesick French soldier had etched with flowers while serving on the front. Post-war, a mother had used it as a hot water bottle to keep her child warm in bed at night. That tarnished object evokes for me a child suffering cold for lack of fuel and hugging an artillery shell--a wrenching irony. Those three voices--soldier, mother, child--reach us across the century. These microdocumentary films are our response.