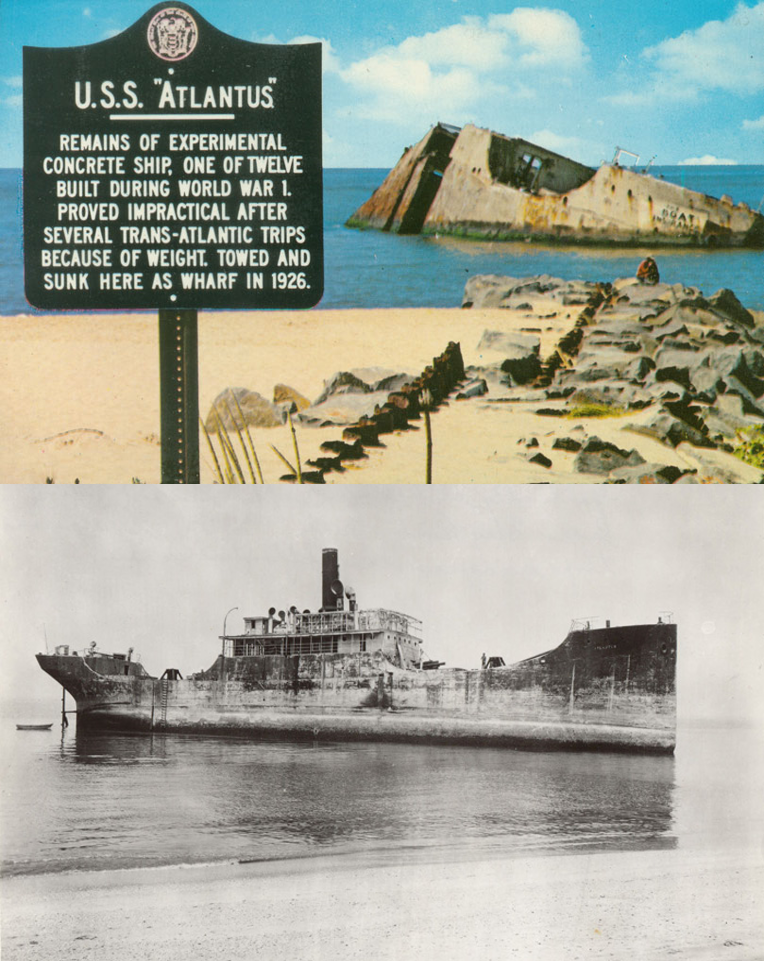 It was a hundred years ago that President Woodrow Wilson (who campaigned on an isolationist platform of peace) decided to bring the United State to the Great War – the “war to end all wars”. In May of 1917, the Selective Service was created to draft American men into the armed services. At Sunset Beach in Cape May, New Jersey the S.S. Atlantus still sits in the surf as a kind of memorial to the service men and women of World War I. The S.S. Atlantus is the most famous of the twelve concrete ships built by the Liberty Ship Building Company in Brunswick, Georgia and was used to transport American troops back home from Europe. It was later towed to Cape May as part of a ferry dock but a storm hit and the ship broke free of her moorings and ran aground 150 feet off the coast.

What does World War I have to do with New Jersey? In 1916 there were German attacks on a New Jersey munitions dump and a foundry. Our ship, the “Dorothy Barrett” was shelled and sunk by a German U-boat off the shore of Cape May. The decision was made to establish a naval base on the eastern tip of the island to provide defenses for the Delaware Bay. It was a training facility for aircraft and a submarine port. 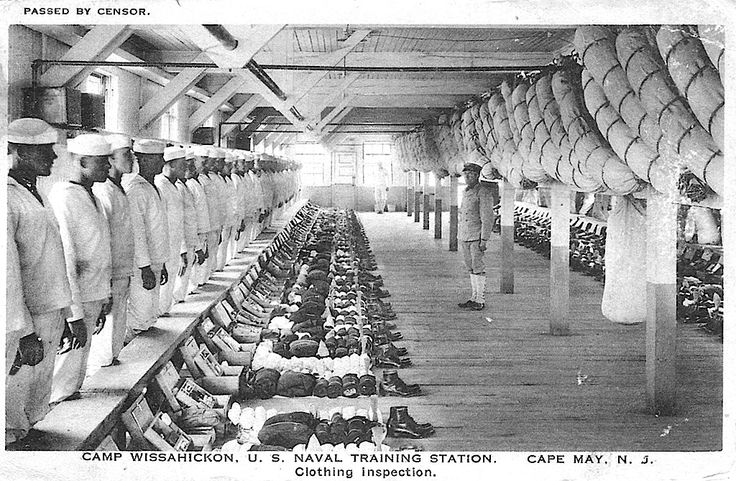 In 1917 the Navy built a base just north of Schellenger’s Landing called Camp Wissahickon. During the war, the war department leased the Hotel Cape May (aka The Christian Admiral Hotel) for use as a military hospital. The first army medical school for the reconstruction of defects of hearing and speech was opened in 1918. It treated soldiers who had lost hearing or the ability to speak during the war. Munitions were stored just outside of Cape May where the jug handle turn for Route 9 currently exists. Cape May has seen its share of conflicts from the very beginnings of this nation.

Cape May Stage exists to act as a catalyst for discussion about the moral, ethical and political issues of the day. There was no question that we would do some sort of recognition of the one hundredth anniversary of such an important event. The question was how to be true to our mission while entertaining our audience. “Billy Bishop Goes to War” is the perfect solution to that question. 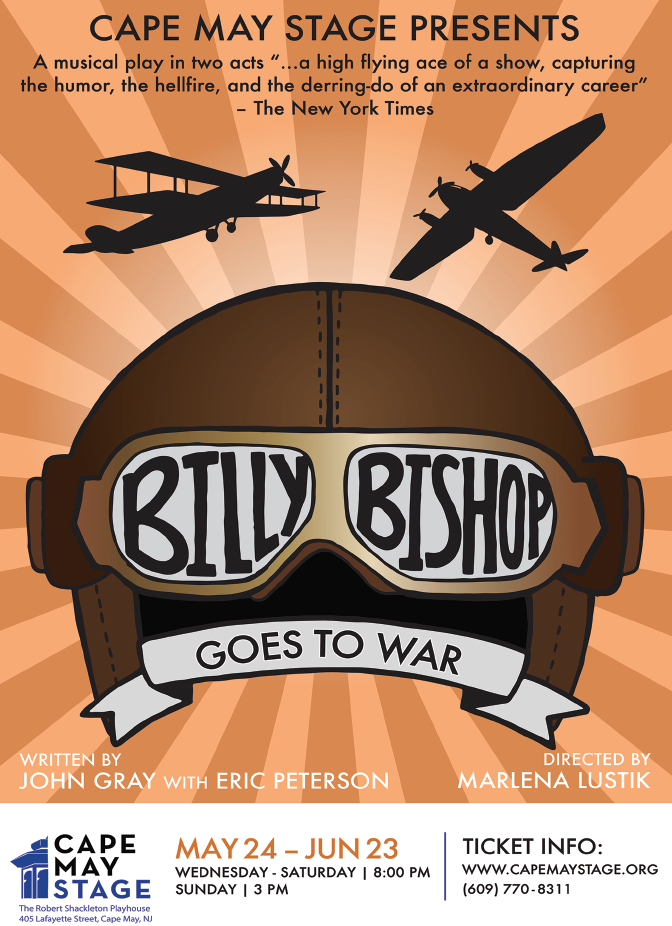 The play follows the career of Canada’s ace fighter pilot with humor, irony and music. Mike Nichols saw the play in a small venue and brought it to Broadway. The artists who created the piece talked about how they preferred the smaller venues where it had originally played. The 134 seat jewel box Robert Shackleton Playhouse is the perfect space for this entertaining look at military life. The director, Marlena Lustik is a World War I historian and has directed the play before in Berea, Kentucky. She has assembled a stellar cast in J. Max Baker (playing some 17 roles) and composer/music director, Sam Saint Ours.

Professor Tom Chin will be lecturing and screening snippets of films about Billy Bishop on Monday, June 5. On Friday, June 16, the actors, designers and director will participate in a talk-back with the audience immediately following the performance. There is no fee for this talk-back.

World War I set the stage for the Second World War and many of today’s conflicts are the result of the boundaries and creation of states at the end of the First World War. Our world is becoming ever more dangerous with the Cold War heating up and North Korea making more aggressive moves. “What’s past is prologue” said Mr. Shakespeare in “The Tempest” – Cape May Stage looks at the past to see what may be in our future.

Tickets for “Billy Bishop Goes to War” can be purchased by phoning 609-770-8311 or at capemaystage.org. The play runs Wednesdays through Saturdays at 8:00 pm, and Sunday matinees at 3:00 pm, from May 24 through June 23. There are special prices for students, seniors and active military.