The History of the WWI Ghost Fleet of Mallows Bay

By Cynthia Houston​
via the SpinSheet web site

Forty miles south of Washington, DC, off of Maryland’s Charles County shoreline near a little town named Nanjemoy, the weather- and water-beaten remains of more than two hundred ships lie in their final resting places in the shallow waters of the Potomac River’s Mallows Bay. “Mallows Bay is the richest marine heritage site in the United States,” according to Samuel Orlando, Chesapeake Bay Regional Coordinator at the National Oceanographic and Atmospheric Administration’s (NOAA) office of National Maritime Sanctuaries. “In addition to being reflective of America’s emergence as a naval superpower during World War I, the Ghost Fleet provides the structure for a unique marine ecosystem.” 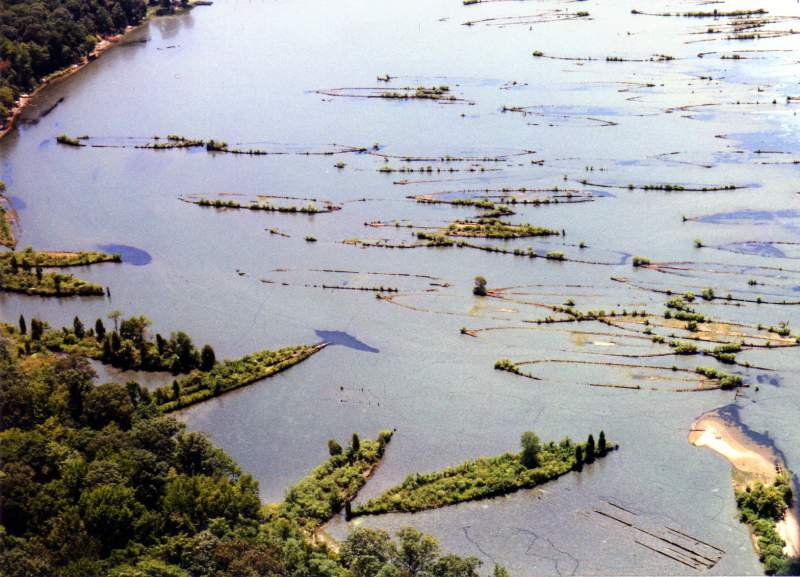 Mallows Bay (NOAA photo by Don Shomette)In November of 2015, the emergent and submerged vessels of this Ghost Fleet, the largest shipwrecked fleet in the Western Hemisphere, were nominated as a candidate to become part of a national “underwater park” system of 13 national marine sanctuaries which encompasses more than 620,000 square miles of marine and Great Lakes waters. NOAA’s National Marine Sanctuary System protects unique water habitats and is home to diverse aquatic ecosystems ranging from kelp forests to coral reefs to the playgrounds of humpback whales. Pending the results of current public outreach soliciting input on four alternatives, the Mallows Bay-Potomac River Sanctuary would become the 14th National Marine Sanctuary under NOAA’s care.

If you’re concerned that there was a Battle of Mallows Bay on American soil during WWI that sunk hundreds of ships, and that you’ve somehow gravely overlooked a key event in U.S. history, fret not. The origins of the Ghost Fleet may have its roots in America’s burgeoning war effort, but it was largely the industrial complex and economy that grew out of World War I that led to the fleet’s demise.

Read the whole article on the SpinSheet web site.