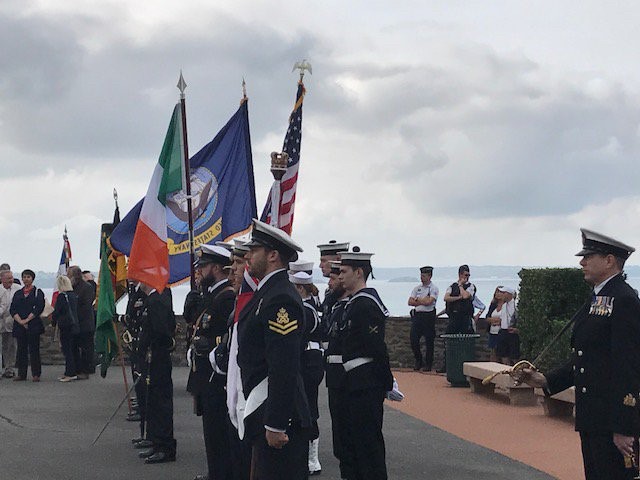 French and U.S. Navy color guards ready for the centennial ceremony in Brest on June 22.On the morning of June 22, members of the French military including the French Navy Band participated in an international military ceremony in Brest, France to commemorate the centennial of the arrival of U.S troops to Brest during World War I. There were also informal remarks offered at the nearby Brest Naval Museum.

Robert Dalessandro, Chair of the United States World War One Centennial Commission, and acting secretary of the American Battle Monuments Commission, was on hand at both events, to represent those organizations for the special moments.

Honoring the historical ties between France and the U.S, the military event paid tribute to the American troops who fought in France, in front of the American World War I Naval Monument.

In June of 1917, the first American troops arrived to France through major port cities. During the Great War, Brest became a vital port for American forces to enter through France, where more than 700,000 men came through to head to the front lines. It was a landing that played a decisive role in the outcome of the war.

During 1917 and 1918, the American Expeditionary Forces (AEF) set up supplies, troops, and equipment to use Brest as a disembarking port. Brest also served as American Naval Headquarters in France, and was the scene of every aspect of the naval war -- convoy planning, anti-submarine strategies, logistic plotting, liaison with allied naval efforts, etc.

At the military ceremony, bouquets of flowers were laid at the foot of the World War I Naval Monument to honor the Doughboys, also known in France as "Sammies", after Uncle Sam – the American soldiers who fought and sacrificed for the war. The ceremony was attended by the Mayor of Brest, François Cuillandre, U.S Consul Sara Harriger, and Prefect of Finistère, Pascal Lelarge.

The cultural and commemorative event included speeches by Mayor Cuillandre and Sara Harriger at Town Hall, a performance by the US Navy’s Sixth Fleet Band, and a military parade to honor the sacrifices American soldiers made for both France and the United States.

Nathalie Nguyen is a Summer 2017 intern with the U.S. World War One Centennial Commission. 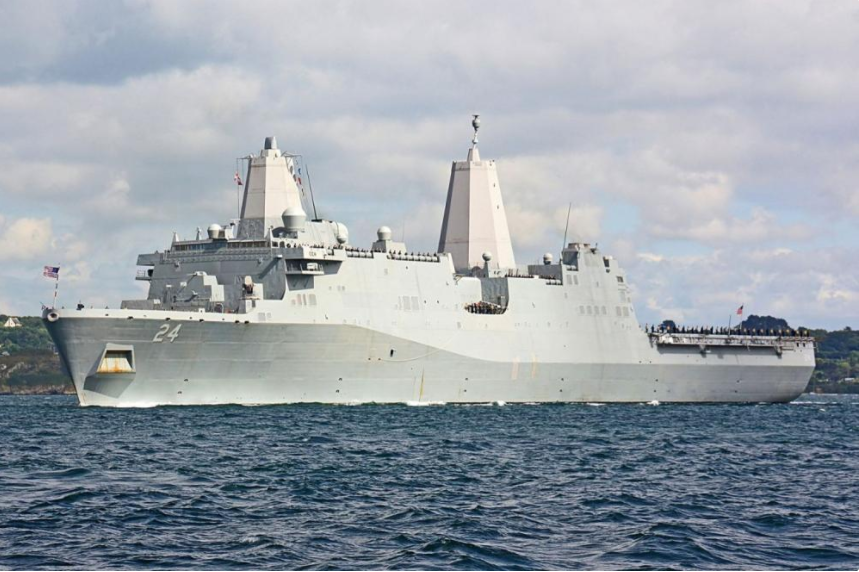 The USS Arlington was in Brest, France for the ceremonies on June 22.