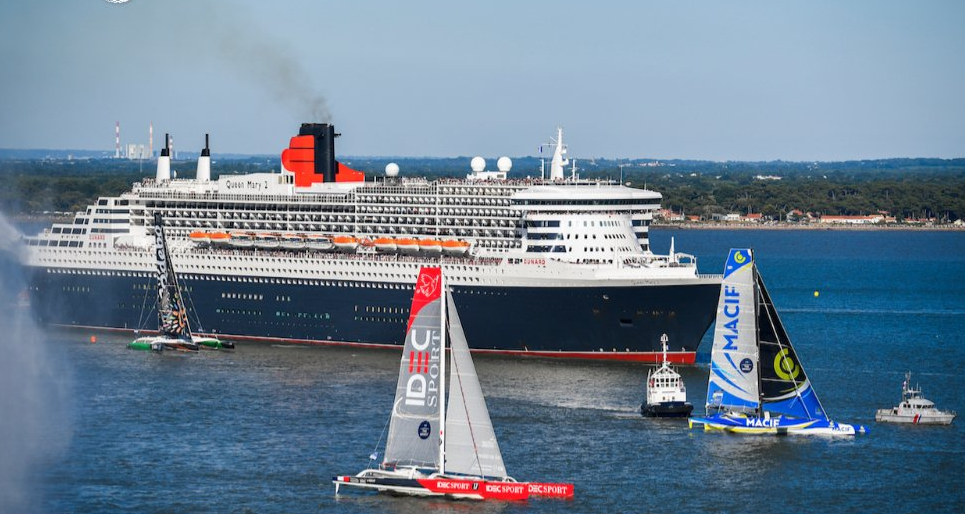 The Race of a Century: the Queen Mary II sails across Atlantic with the fastest yachts in the world, in memory of World War I

At 7 pm on Sunday, June 25, three cannon shots rang out into the night as the last true transatlantic ocean liner, the Queen Mary II, left the same French shore that the first American troops of World War 1 arrived at a century ago.

Also departing from the port of St. Nazaire were four other sailing crews manning the best multi-hull yachts in the world. Queen Mary II, a flagship liner from the British Cunard cruise company, was built solely for luxury yet it is currently in the lead, dominating the powerful trimarans built for speed.

This historic race was organized by the Mission du Centenaire, the French commission for the Great War centennial, and supported by Jean-Yves Le Drian, the French Foreign Minister nominated by Emmanuel Macron. A celebration of Franco-American friendship over the century, all of these ships are headed straight for the foot of the Statue of Liberty in New York City, a fitting representation of the two nations’ alliance.

A century ago, however, it was from New York that 14,750 brave Americans in the “Big Red One” division embarked to St. Nazaire. This symbolic reversal will also serve as the first reference time from St. Nazaire to New York, taking a unique route bypassing the many obstacles of the Atlantic, from icebergs to migrating whales.

Other events have also been planned for The Bridge 2017, the non-profit association organizing the Centennial Transatlantic Race. To honor the cultural exchange that occurred during the American arrival, The Bridge is hosting the FIBA 3x3 World Basketball Championship, a sport carried to France with the AEF. Another symbol of America, jazz music, will also be celebrated with a series of jazz concerts.

According to the event’s organizers, the USS Pocahontas had brought jazz to France when Lieutenant James Reese Europe of the Harlem Hellfighters led an improvised swing jazz rendition of the French anthem, “La Marseillaise”.

A naval parade in Brest, which featured the U.S. amphibious warship USS Arlington (LPD-24), and a memorial service at the American Naval monument “Sammy” (named after the term for soldiers fighting for “Uncle Sam”) in St. Nazaire, were also carried out in the name of camaraderie between the allies.

In the naval parade, the Queen Mary II and the USS Arlington were accompanied by a naval armada from Ireland, Brazil, the United Kingdom, Germany, and France. This international display showed a wider celebration of alliance going beyond two countries, extending to an assemblage of France and America's allies today.

As fireworks exploded and an Airbus A380 flew in a wide celebratory arc around St. Nazaire, crowds on the ships and on the shore cheered with delight as this historic race begun. No matter who the winner is, the memories honored between France and America shine above all else.

Michael Stahler is a Summer 2017 Intern at the U.S. World War I Centennial Commission. 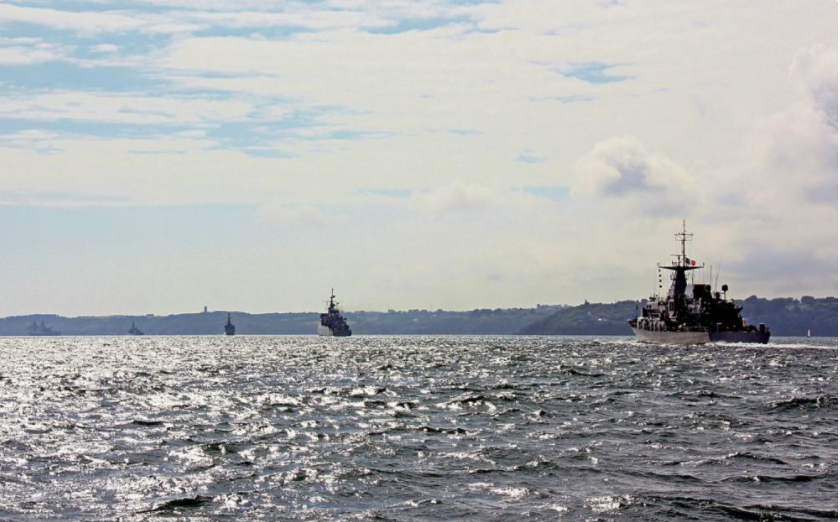