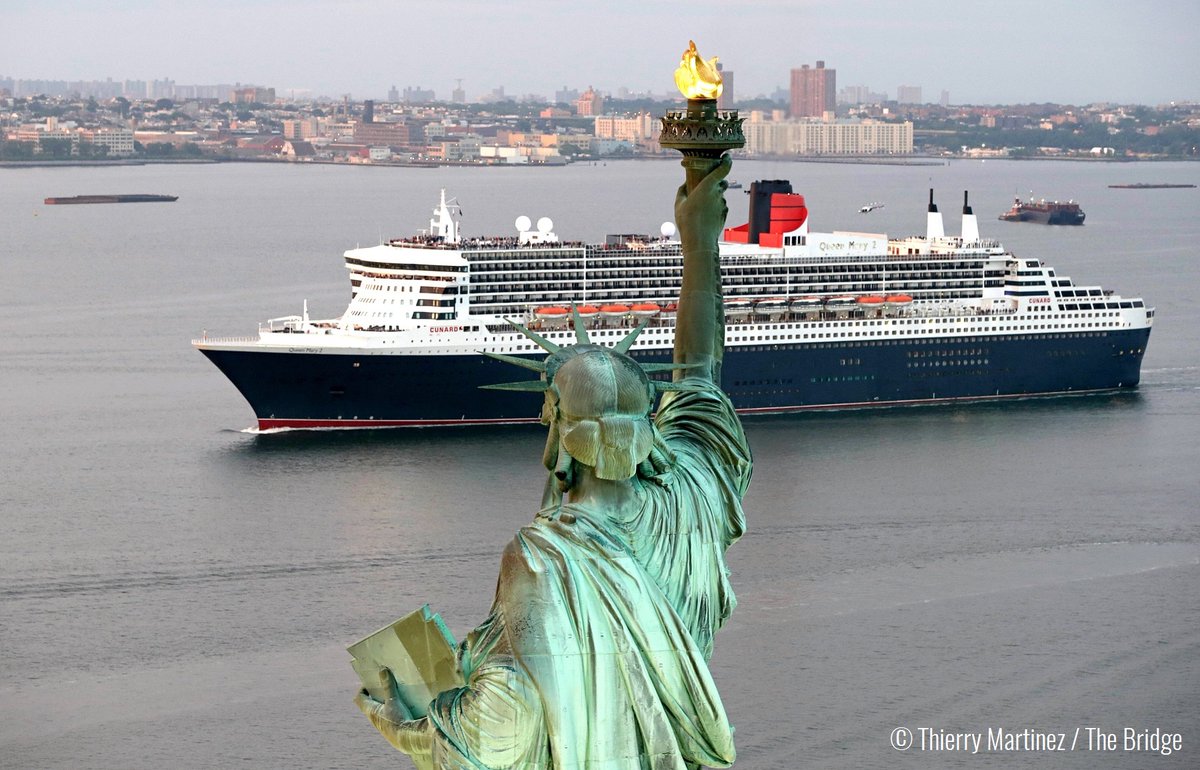 Queen Mary II passes the Statue of Liberty in New York Harbor at the end of "The Bridge" race across the Atlantic from France.

The Bridge has arrived in New York City! Liner wins transatlantic race with top yachts in memory of U.S. troops arriving in France in WWI 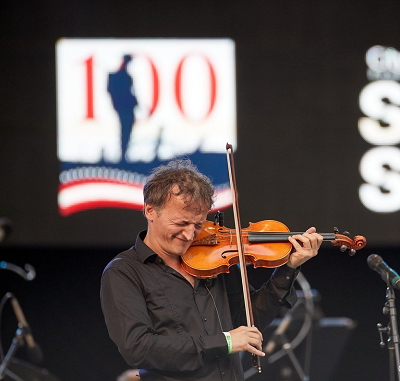 The Queen Mary II -- the Cunard Cruise Line’s flagship ocean liner -- made port Saturday morning at the Brooklyn Cruise Terminal, after taking part in The Bridge 2017 -- a trans-Atlantic trip, themed to commemorate the 100th year of World War I, and 100 years of friendship between France and the United States.

The route taken was a reversal of the route taken 100 years ago by the first American troops to join the war, who left the port of New York, and arrived in St. Nazaire, France. During the trip, there were several World War I historical presentations and exhibits for the passengers.

The voyage was also a friendly race to New York City, between Queen Mary 2 and four multi-hull sailboats, some of the fastest sailboats in the world. The Queen Mary 2 won the race, crossing the finish line under the Verrazano-Narrows Bridge in New York at 5am local time, before bathing in a flawless dawn in New York Bay. The five vessels left Saint-Nazaire, where the Cunard liner was built, on Sunday, June 25.

As the ship arrived, the passengers sang a moving rendition of "Amazing Grace" in front of Manhattan, and later that day were able to attend at #thebridge2017 concert, organized as part of the SummerStage NYC festival, in Central Park. The concert featured singer Natalie Dessay-Page, as well as Jean-Christophe Spinosi and his Ensemble Matheus Officiel orchestra. The performing artists paid tribute to the two million American soldiers who came to defend freedom in France, 100 years ago.

Read more about the The Bridge here: 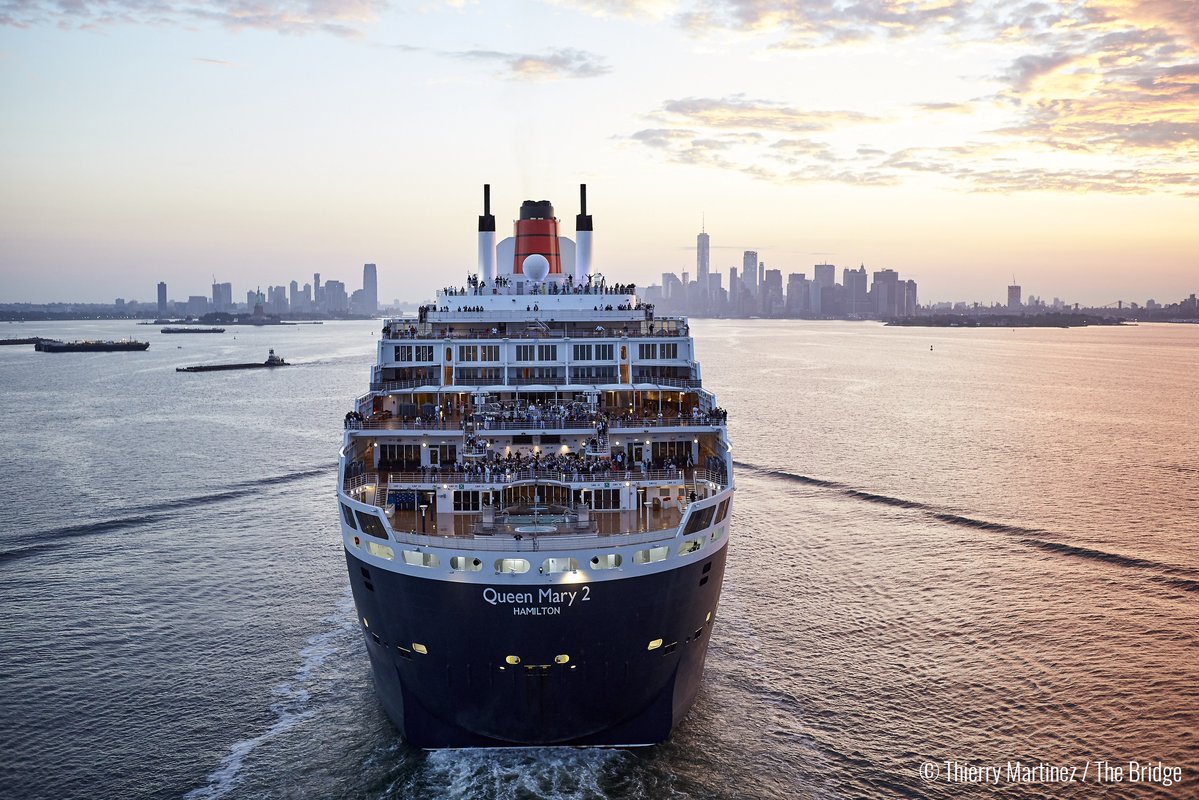 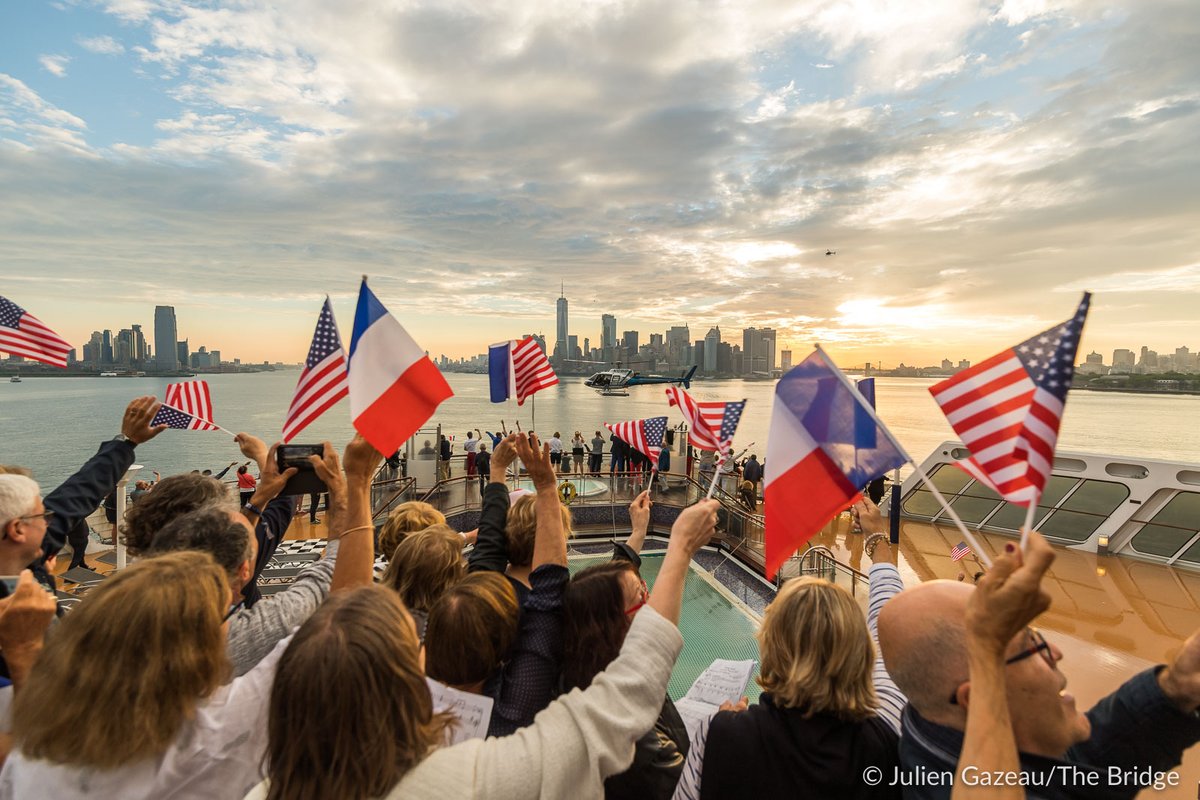 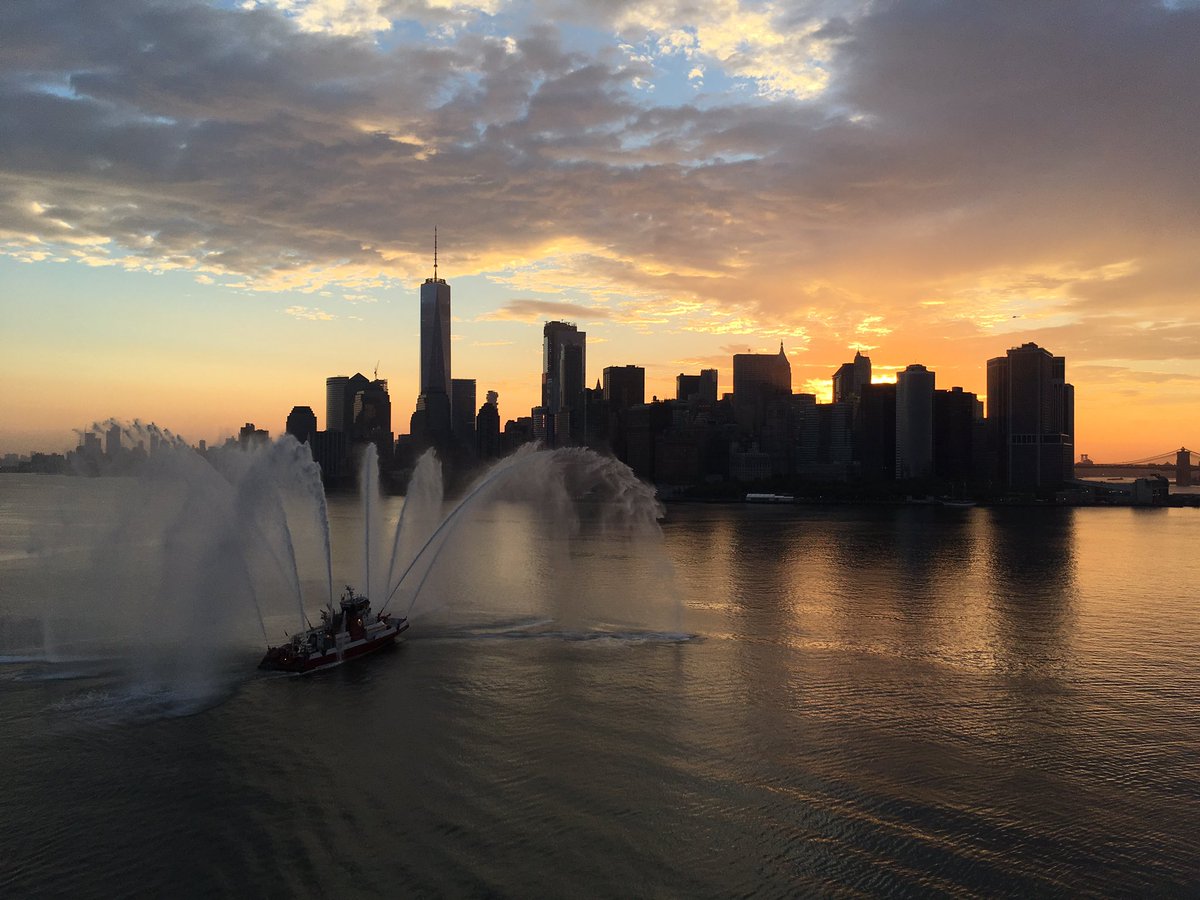 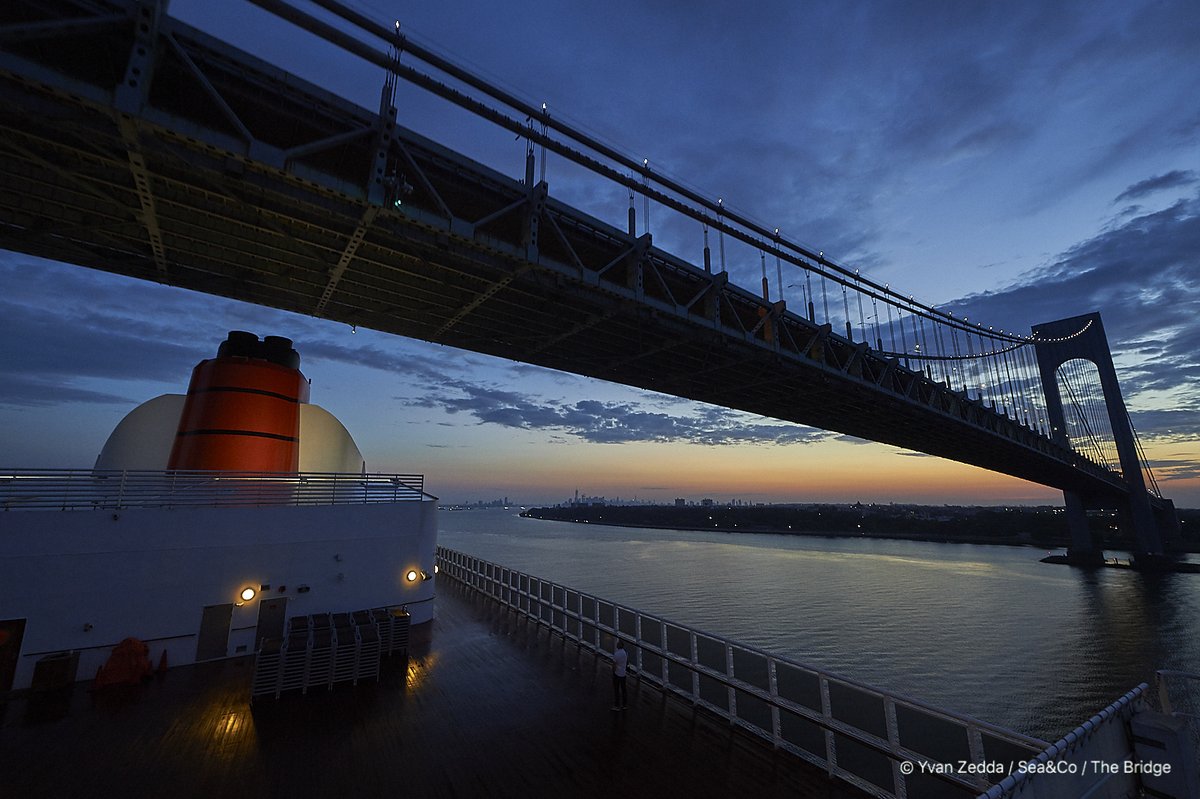 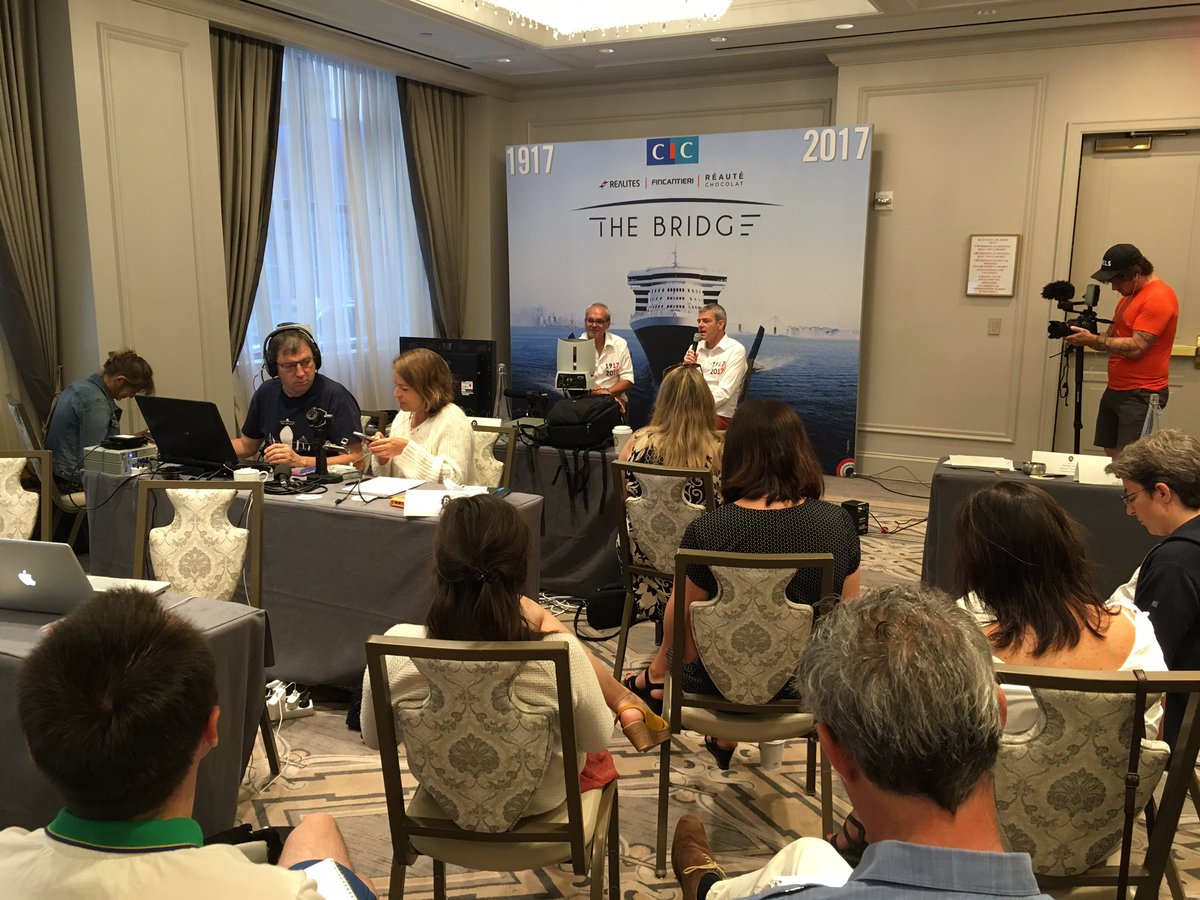 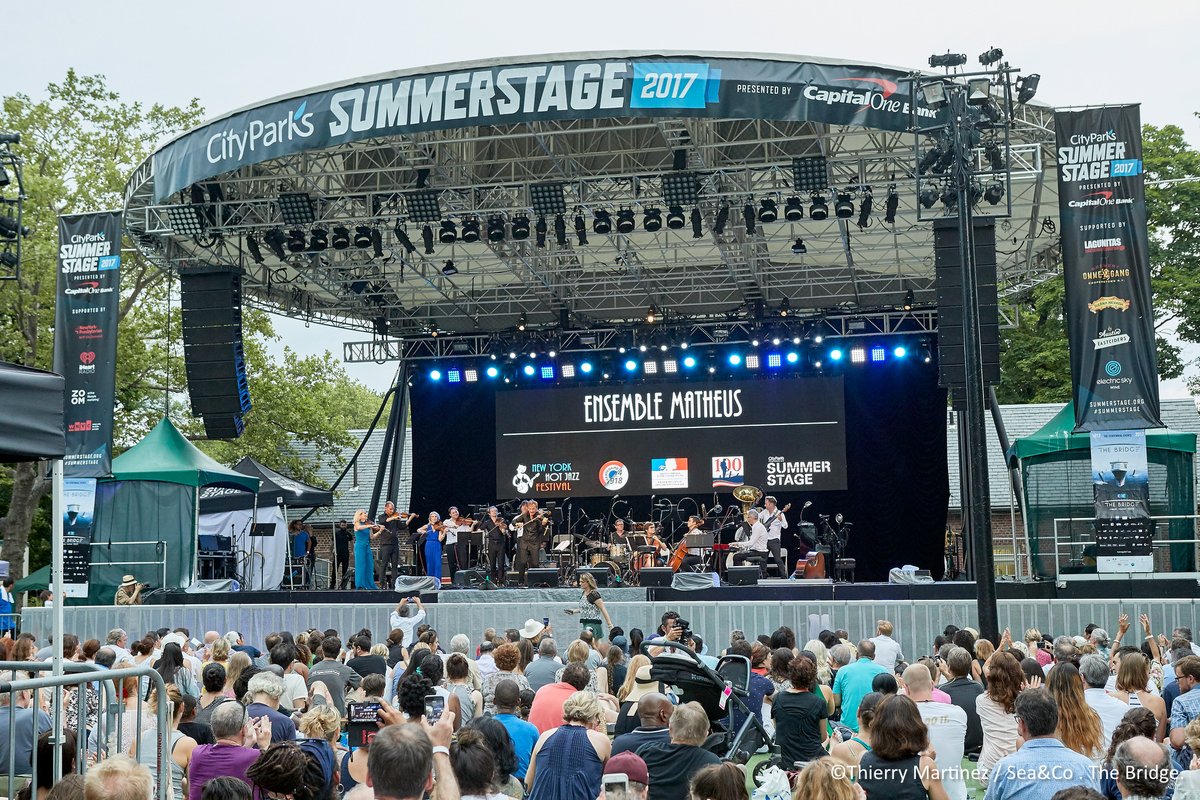 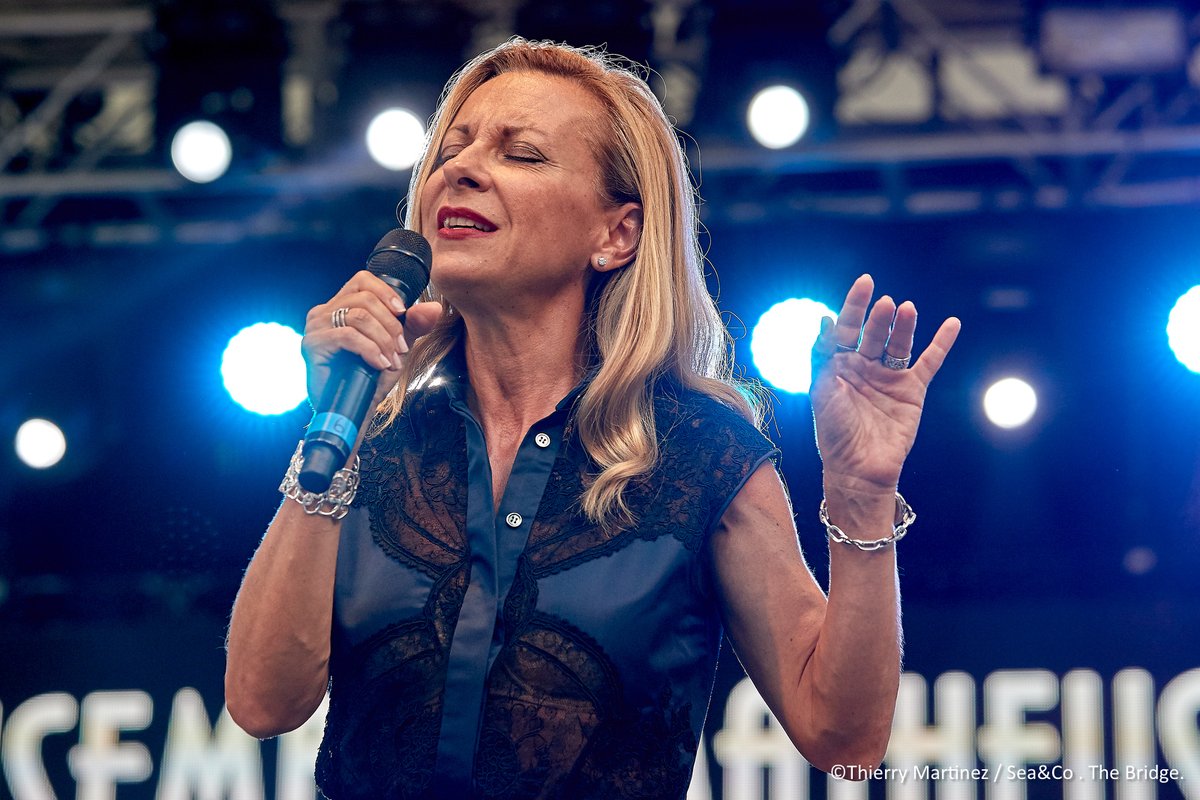