By Don Babwin
Associated Press via the Chicago Tribune

On Tuesday afternoon, the crowd at Wrigley Field will be asked to stand and "gentlemen" reminded to remove their caps for the playing of "The Star Spangled Banner." Fans who can recite the words as easily as the alphabet will sing or listen to the story of a flag that continued to wave throughout one of the most famous battles in American history. 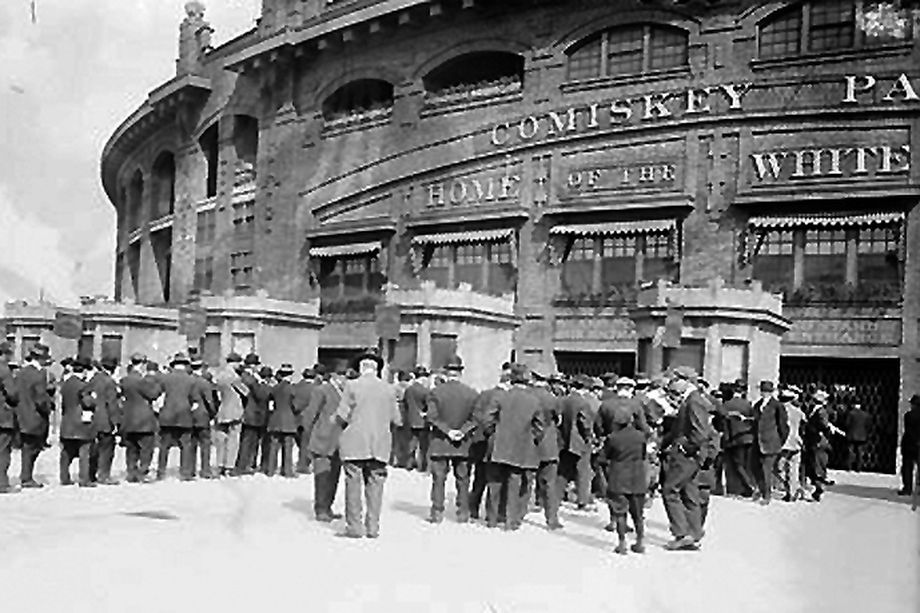 Comiskey Park in 1918 (Chicago Daily News negatives collection, Chicago History Museum)What they may not know is that Francis Scott Key, apparently better at lyrics than melody, put his description of the battle of Fort McHenry to an old English tune that had a lot less to do with patriotism than it did with booze and women. Or that this year marks the 100th season since the song was played for the first time at a World Series game — an event that helped cement it in the national consciousness and become the national anthem that is now simply assumed to be part of game day in American sports, from Little League to the Super Bowl to medal ceremonies at the Olympics.

On September 5, 1918, newspapers were dominated by news of World War I, including the latest American dead. In Chicago, one of the headlines read, "Chicagoans on the List," and it was a particularly harrowing moment in the city for another reason: Someone, possibly self-proclaimed anarchists and labor activists, had the day before tossed a bomb into a downtown federal building and post office, killing four people and injuring dozens more.

The World Series was in town, with the Cubs hosting Babe Ruth and the Boston Red Sox. The Chicago games were played at Comiskey Park, the home of the White Sox, instead of their new home at Wrigley Field, what was called Weegham Park at the time, because it held more fans. But in a city jittery over the bombing and weary from the war, Game 1 that day attracted fewer than 20,000 fans, the smallest World Series crowd in years.

When they got there, they didn't make much noise, though that could have had something to do with the 1-0 masterpiece Ruth was pitching — yes, pitching — for the Red Sox.

"There was no cheering during the contest, nor was there anything like the usual umpire baiting," reported one Boston newspaper.

Read more on the The Chicago Tribune web site here: