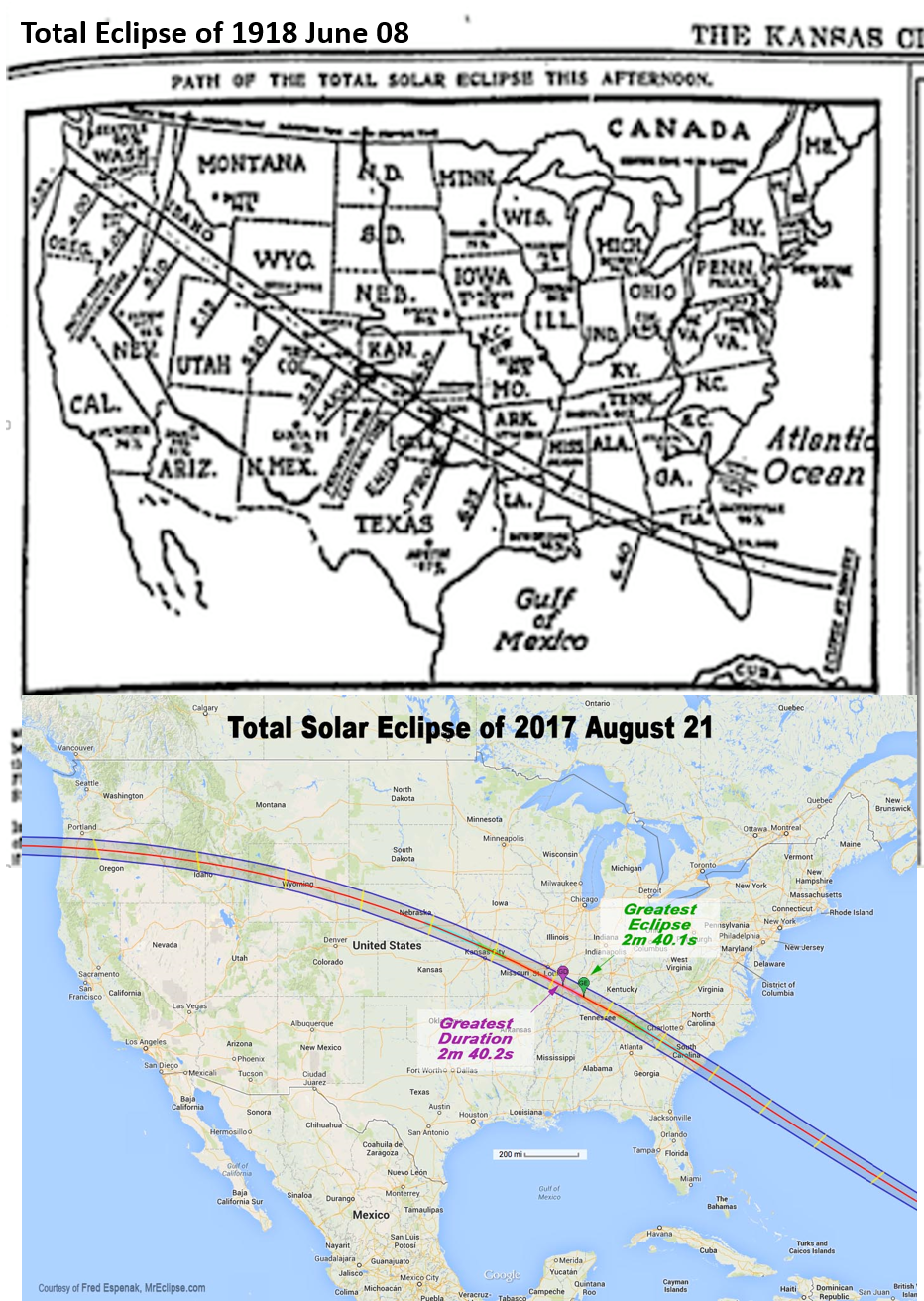 100 years later, it’s here! Hidden in between #WW1 reports about U.S. regiments fighting overseas and war bond propaganda was a report about the Total Eclipse casting the moon’s shadow over the country.

In 1918, the path of the eclipse started south of Japan, went across the Pacific Ocean, and then across the United States.

The largest city to see totality was Denver although many could theoretically see it as the size of the shadow was between 70 and 44 miles across as it travelled across America.

The longest duration of totality was in the Pacific at a point south of Alaska. The path of the eclipse finished near Bermuda.

Other newspapers across the nation carried stories of the great celestial event in 1918, some pondering the connection between the darkening sky and the great conflict underway across the world. 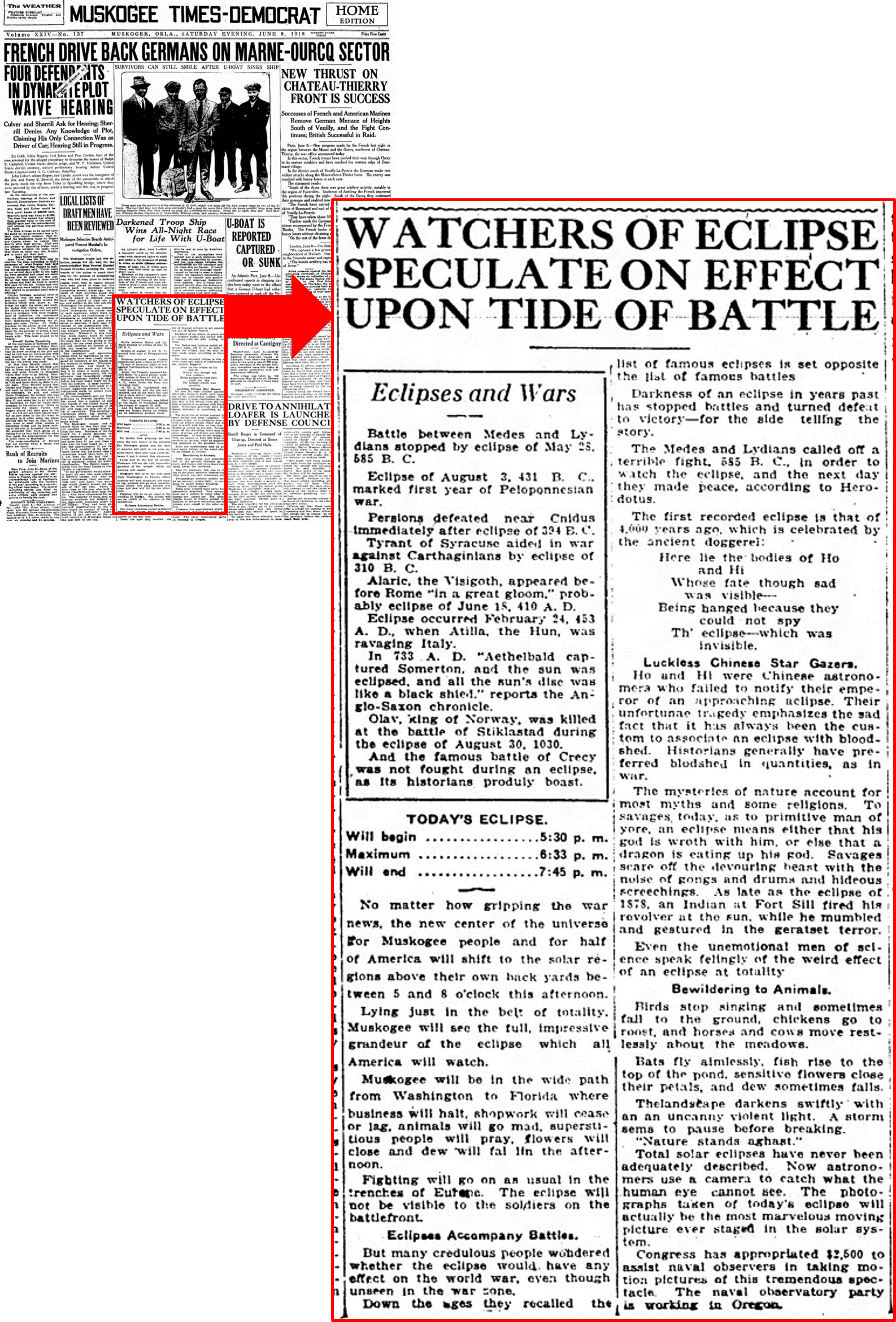