"Patton’s service in World War I is what made him who he was in WWII." 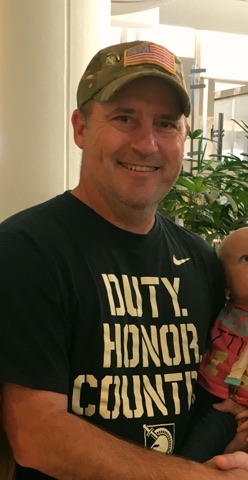 Karlen MorrisA group from the US Army Brotherhood of Tankers (USABOT) is creating a new memorial to those service members 100 years ago who created the tank corps during World War I. The memorial will feature General George Patton, who famously led the experimental tank group during World War, and who would go on to achieve combat victory as the foremost tanker in the world during World War II. The memorial is getting some help from an unusual source -- the people of Bourg, France. Bourg is where General Patton's World War I tank headquarters, and school, was located. The town is very proud of the key role that they played to support those tankers 100 years ago. We discuss the memorial project with Karlen Morris, a retired U.S. Army Master Sergeant, and career tanker.

Tell us about your organization. What is it's background, history, etc.

Patton Battalion – USABOT is a local chapter of the US Army Brotherhood of Tankers. Our battalion covers Illinois-Indiana-Kentucky and Tennessee. USABOT formed around 2012 and the Patton Battalion formed in June of 2013. We are a non for profit organization listed in Kentucky. The mission of USABOT is to document, record and tell the story of the US Army Armor Branch. We have stories and some soldiers from WWI, WWII, Korea, Vietnam, Desert Storm, Iraq and Afghanistan to tankers serving today and troops in basic training. We are Tankers and Tank Mechanics of all ranks from Major General to Private. We have battalions that cover all of the United States and one that covers Europe.

You have an interesting program underway for marking the World War I centennial. Tell us about it.

Patton Battalion – USABOT was granted permission, on April 28, 2017, to build a monument at Memorial Park next to the General George Patton Museum at Fort Knox, KY. The dedication is planned for 10 November 2017 to mark the 100th anniversary of when Patton was assigned to the US Tank Corps and build the tank school.

If we cannot raise enough funds to get the monument in place in time the plan is to still celebrate this historic day and get the museum in place.

We are currently collecting donations to help us build the monument which will be a replica of the monument in Bourg, France but slightly different. We want to have on the back of the monument a short timeline of General Patton’s service in WW1, cover the tank battles of the US Tank Corps, and to tell about the World Wars Tank Corps Association which was formed from members of the US Tank Corps in association with the American Legion. We are working with George Patton Waters, Patton’s Grandson, on this project.

How have the people of the town of Bourg, France responded to your efforts? Is there local memory of what happened 100 years ago there, and appreciation for the incredible role that the location played in history? 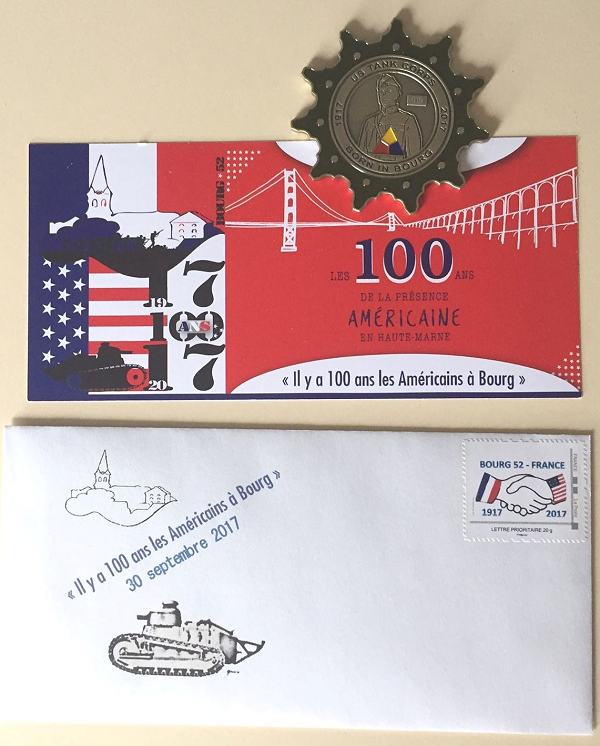 Special centennial stamp issued by city of Bourg in France.The people of Bourg have been amazing! They are very much involved in planning to celebrate the anniversary of World War I. By the time I had made contact with the Mayor of Bourg, Dominique Thiebaud, he had a plan already in place and the town was deep into building a wooden tank and digging up photos.

The Tank School at Bourg is very important to the people of Bourg. They have invited Helen Ayer Patton, Patton’s grand-daughter, to the events in Bourg. They have created a special stamp, posters and are currently building a wooden replica of a Renault FT-17 like the ones used by the US Tank Corps. They have provided photos of the dedication of the monument at Bourg from 1973 when several members of the US Tank Corps were present. I learned from several WWII Veterans that the people of France remember.

Patton started learning everything he could and built the tank school to create an elite fighting force. The school would be very similar to his time at West Point. Strict discipline, classes to build technical and tactical knowledge and tough physical fitness were the staples of the school. Training and experimentation were done at Bourg at the tank school.

Patton’s experience at Bourg would prepare him to be a better leader when WWII would come around. He learned about the manufacturing of military equipment and supply issues with a new mechanized force. His leadership would build loyal fans of his who after the war would continue to spread the word that tanks would be needed in the future.

Patton would build the tank school, write doctrine and tactics, build the classes, recruit for tankers, form the battalions and brigades and then lead them into combat. He created an elite force of steel warriors and made a notch in history for himself. 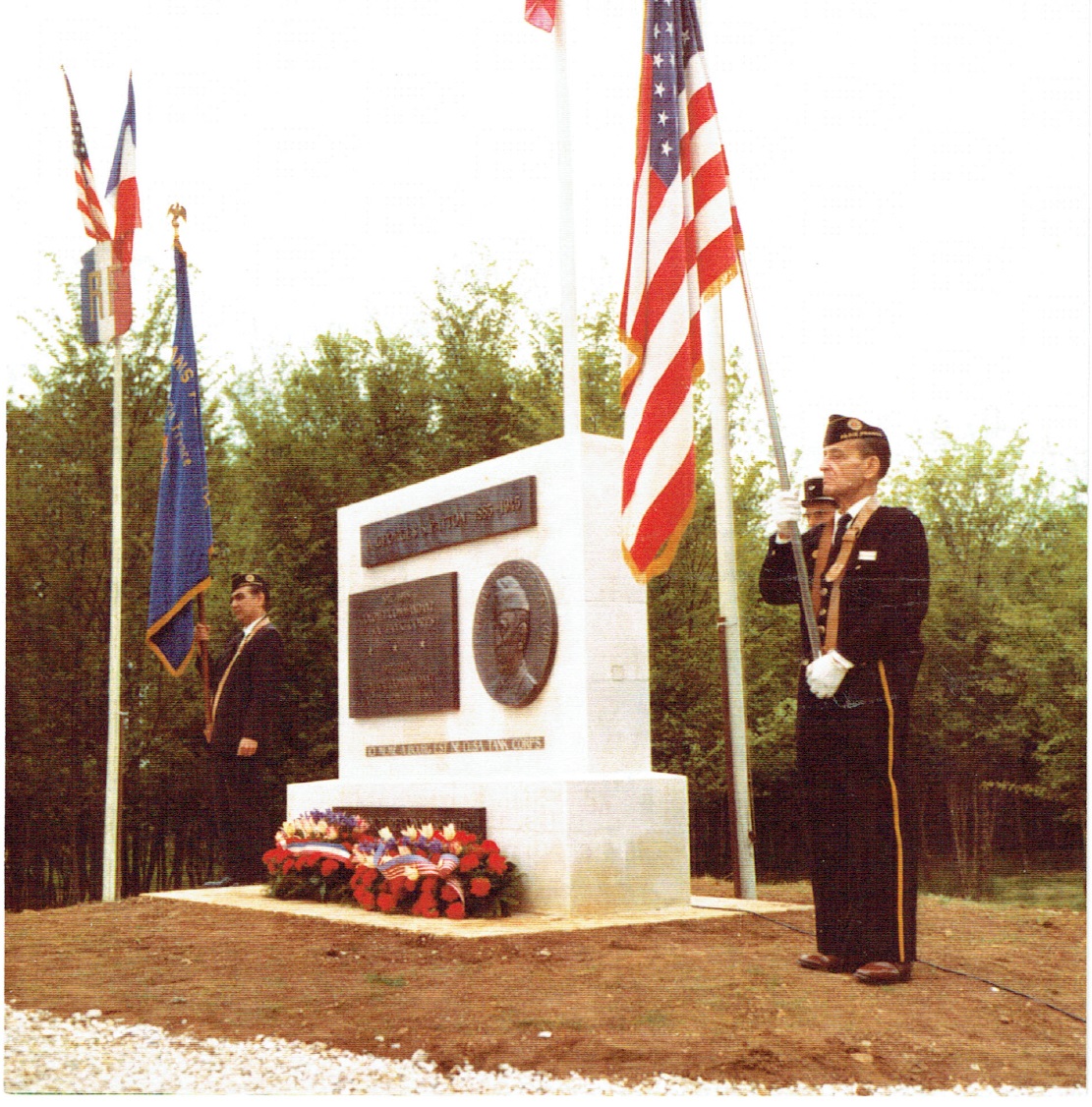 The original monument at Bourg during the dedication in 1973. 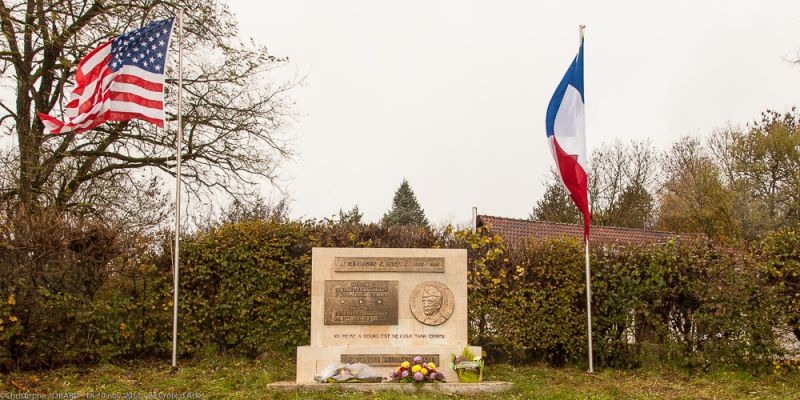 Original monument at Bourg in 1973. 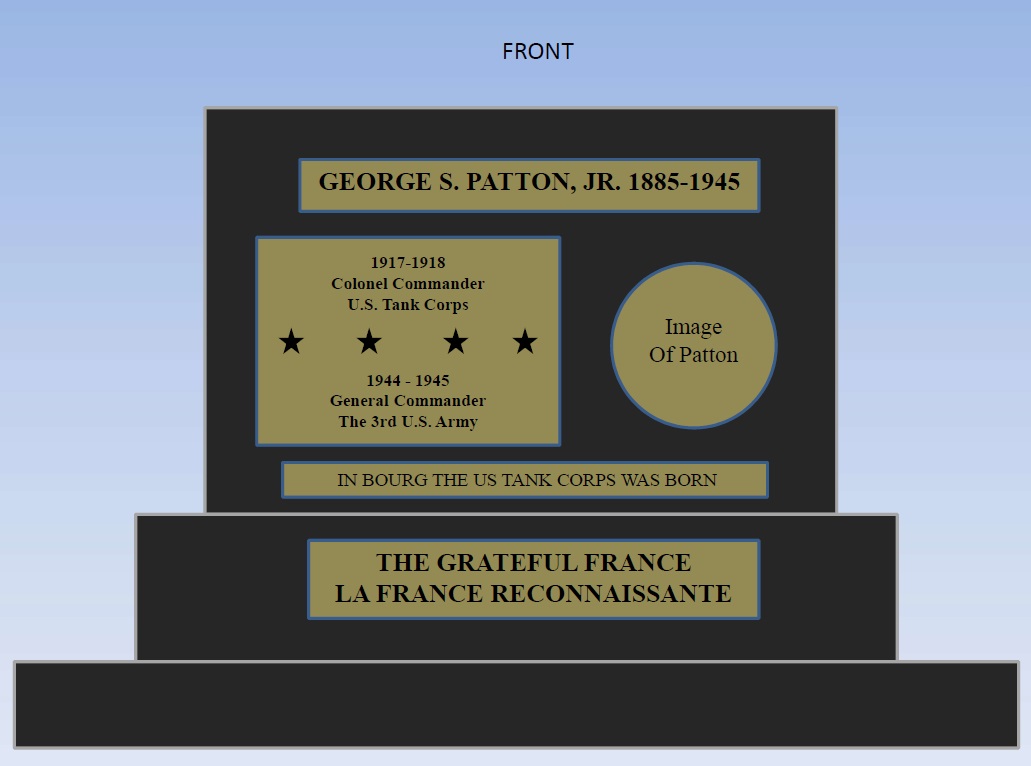 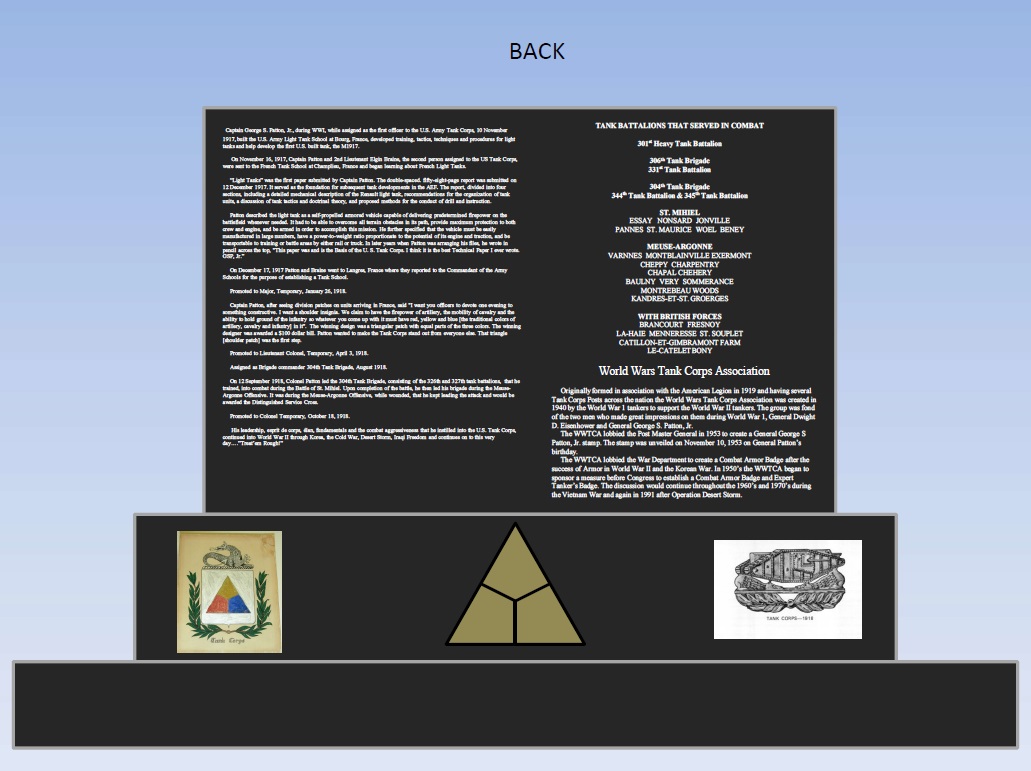 Back of proposed monument. 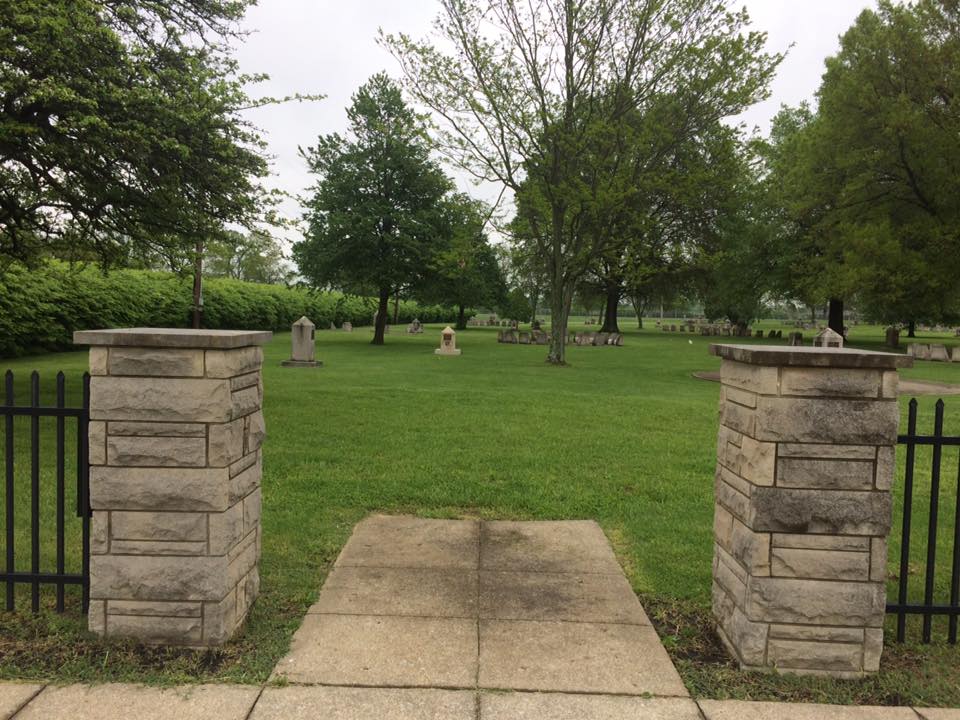 Proposed location of the monument former, at the site of the 11th Armored Cavalry Monument. 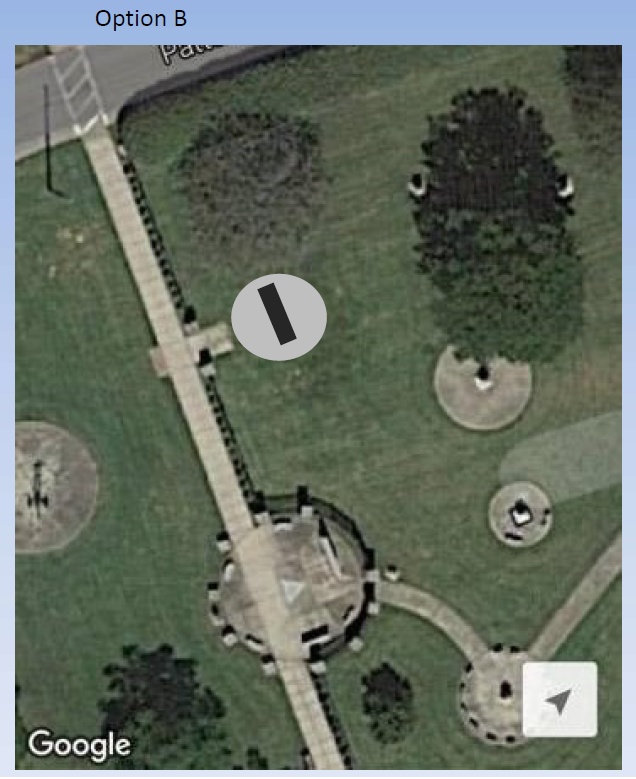 Proposed location of the monument.