"Give 'The Great War' the Respect that is owed."

One of the WWI Centennial Commission's Commemorative Partners is Keith Colley, whose World War I Mobile Museum we profiled last year. His museum has twelve galleries of exhibits, which can be set up & taken down in a matter of hours. True to the name, Keith's Mobile Museum has been traveling across the country, and he sets up the exhibits as part of state fairs, veteran commemorations, living-history activities, and even sporting events. He has been very busy over the past couple of weeks, with a summer schedule that has taken him from Delaware to Texas. We caught up with Keith to get the latest news about the museum, what he is trying to achieve, and what is up ahead for him and the mobile museum.

Why did you feel like you needed to make commemorating WWI your mission? 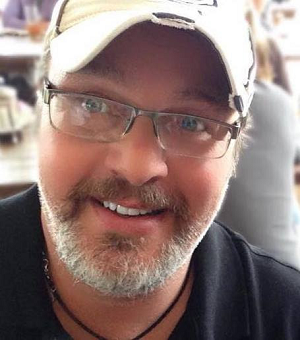 Keith ColleyWell it all began with a visit to my home town in Kansas City Missouri where the National WWI Museum is located which was actually closed all of my childhood. I decided to drive by it for old times’ sake and I was surprised to see that is was not only open, but is now the largest WWI Museum in the world. After spending 2 days touring the Museum (I could have stayed a week) all I could think about were the Senior Citizens I teach back in Dallas and realizing they are probably the last descendants who would have had a parent or grandparent in this war.

I have a non-profit program called “KeepingitrealwithKeith.com” which is a series of classes that I teach with a focus on Seniors and Veterans as they age with topics anywhere from Hydration to Loneliness which helps keep them healthier so they can enjoy their Senior years. That gave me the idea to create a class to promote memory care which I could focus on WWI. I decided I needed one artifact that could represent the entire war and I would take it with me to all my classes. After the visit to the Museum in KC I decided that artifact had to be the entrenching tool aka; trench shovel. With approximately 25,000 miles of Trenches I knew the shovel would best represent "the war to end all wars".

There are many ways to commemorate WWI, why did you decide to make a mobile museum and travel with it?

I so wished I could have taken all my Seniors to KC to see the WWI Museum but knew it was not feasible due to age, costs, etc. So I knew the classes were my best bet. When the Shovel finally arrived I opened it and could finally feel the worn wood for myself. I began to think about whose hands had touched this shovel, how many blisters it caused or how many lives were saved because of this one shovel. So I began researching more intently about the trenches and realized there were so many facets of the trench in the war it blew my mind. So I thought, I need to see if I can find more artifacts about the trenches, and boy did I.

This led me into three years of research and seeking to find artifacts that represented our Heroes of “The Great War”. Before I knew it my one Trench Shovel grew into hundreds of artifacts and photographs and movies. I knew that one single class was more than that now. My desire to take my Seniors to the Museum in KC had now taken a great turn. I would now be able, in a small way, to take the Museum to them, where they live. So the WWI 100th Anniversary Mobile Museum not only goes to Seniors where they live but has been invited all over the country.

I hear you are scheduled at the Texas state fair and the Sky Ball black tie gala. Could you elaborate on your event plans and what you will do at these events? 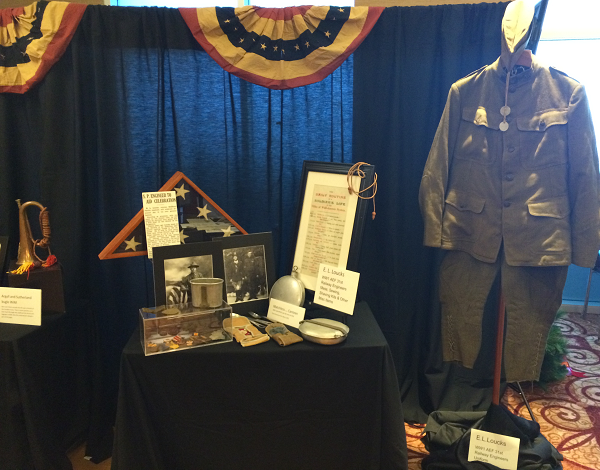 One of the many displays of authentic artifacts of the Great War in the WWI Mobile Museum.The primary goal of the Mobile Museum is to give Americans, especially our Seniors and Veterans, an opportunity to reflect and pay respect to the men and women of WWI in a setting designed to remind us of the personal sacrifices made.

We will be making our way from Delaware where the museum will spend 7 days at Fort Delaware, an old Prison from the Civil War and head to Dallas for the largest State Fair in the nation for 24 days where there will be 2.4 million people in attendance.

We are honored to be in the Hall of State Building where the halls are lined with statues of American heroes. I cannot think of a more appropriate location to present the Museum, “Heroes among Heroes”. I will also have the opportunity to speak 3 times a day to an audience of fair goers in the great hall where I will be talking about the top 10 most unusual facts about WWI.

Following the State Fair we will be taking the Mobile Museum to the American Airlines Sky Ball which is a fundraiser for Veterans and where they give out the Medal of Honor Bob Hope Award. It is a 3 day event and Black Tie Gala where they convert a hanger into a ballroom where we will be set up for the guests to go through the museum at their leisure.

What does the history of WWI mean to you as an American?

I have always had such respect for our Veterans and the sacrifices that were made for us but as the 100th Anniversary drew near I was reminded of those words that were spoken when WWI ended. “Lest We Forget” I heard those words differently now. They resonated so loudly to me that I knew I had to do my part as an American to help us not forget.

This was unique kind of war, a war filled with so many firsts… fighting the majority of the war in ditches, with tanks plowing through, planes now flying overhead, gas coming from nowhere, fire blowers creating a whole new devastation to humans and then the machine guns totally changing the “playing field” all of which were manned by soon to be heroes that were barely out of School. Not knowing that “The War to End All Wars” would quickly take a back seat to WWII. (By all rights it’s the way it was supposed to be).

So, here we are 100 years later keeping that promise to not forget a war that was mostly forgotten many years ago and reminding ourselves of the travesty of the so called “Great War” war that killed millions of civilians and soldiers while millions more went home wounded, as American heroes from “World War One”.

We as Americans, need to stand together and take the time to give “The Great War” the Respect that is owed.

To learn more about the WWI Mobile Museum, visit http://www.ww1mobilemuseum.com/home.html.