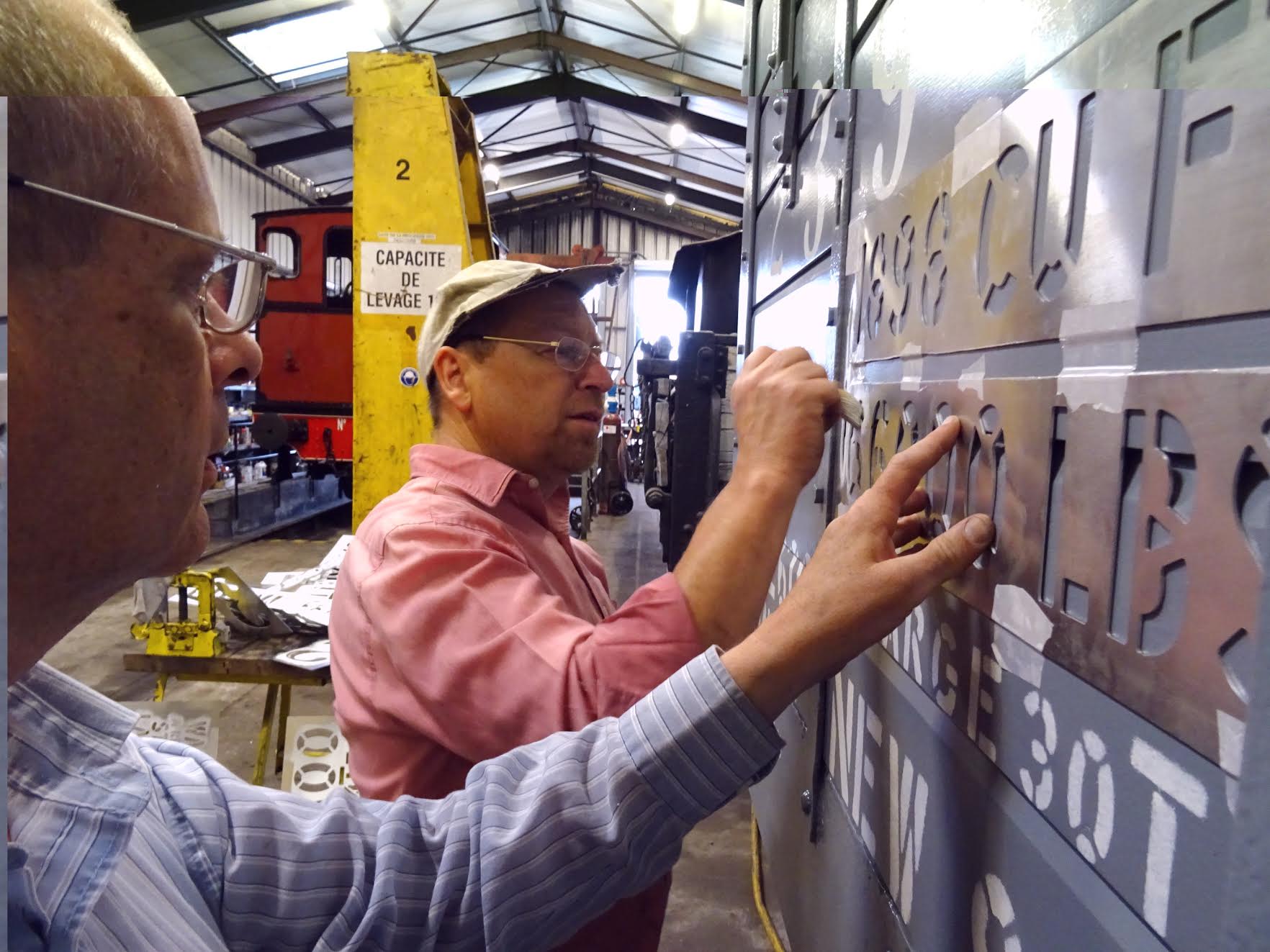 Alaine (L) and Phillippe, volunteers from Trains & Traction, shown at work restoring the American military rail cars from World War I, with the exact-reproduction stencil markings from the era.Trains and Traction: Le Train des Mouettes, a French train association, is rebuilding six United States World War I railcars. These train cars were originally constructed by U.S. Doughboys from the 35th Engineer Regiment in 1917-1918.

Olivier Jaubert, Heritage Director for Trains & Traction, says it is a heartfelt project of friendship between the people of America and France. "Our project is relatively big and involves a lot of partners, including French Ministry of Culture. It may interest American citizens to know that the people of France vividly remember the past help that came to us from the United States".

Train des Mouettes is working to complete all six rail cars before the end of the Centennial. In honor of the first of these railway cars being completely reconstructed, the Consul of the United States in Bordeaux visited the car during its formal presentation in July 2017.

The reconstructed rail car will be moved to the Old Harbor of La Rochelle—the same city the 35th Engineer Regiment constructed the cars nearly 100 years ago.

The railcar will remain in La Rochelle where it can be visited by the public. Train des Mouettes will also feature educational panels on steam technology, the reconstruction of the American trains, remembering World War I, and more.

The completed railcar will take part in the November 11th Commemorations in 2018. Each railcar will serve as a reminder of the U.S. 35th Engineer Regiment’s efforts and of all who served during World War I.

Ashleigh Shaw is a Fall 2017 Intern at the U.S. World War One Centennial Commission 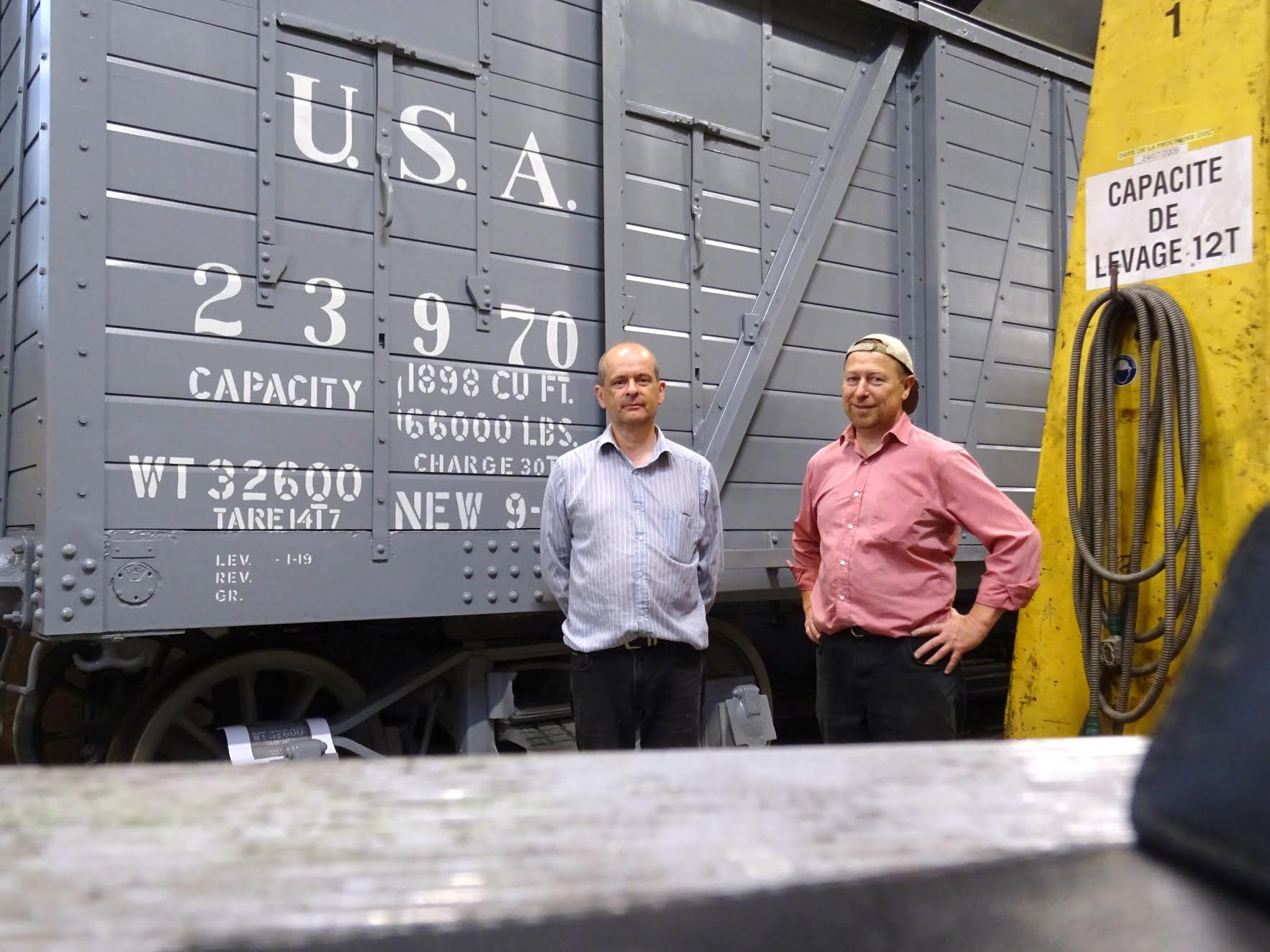 Alaine (L) and Phillippe, volunteers from Trains & Traction, stand by one of the WWI cars they are re-stenciling.