WASHINGTON, DC — On October 9, 2017, the U.S. Mint officially unveiled their new collectible commemorative coin that marks the 100th anniversary of American participation in World War I.

The unveiling was hosted by the Acting Secretary of the U.S. Army, Ryan McCarthy, and took place at the National Meeting of the Association of the U.S. Army (AUSA), in Washington DC. 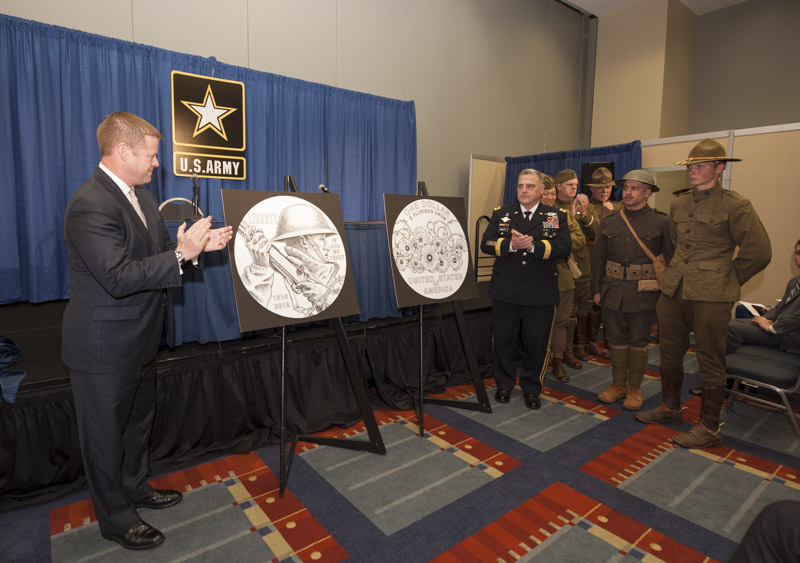 Acting Secretary if the Army Ryan McCarthy (left) and Army Chief of Staff Mark Milley unveil the US Mint WWI Commemorative Coin design.At his side, representing the U.S. Mint, was Mr. T.V. Johnson, the Mint's Director of Corporate Communication, along with Mr. Terry Hamby, the Chair of the U.S. World War I Centennial Commission. 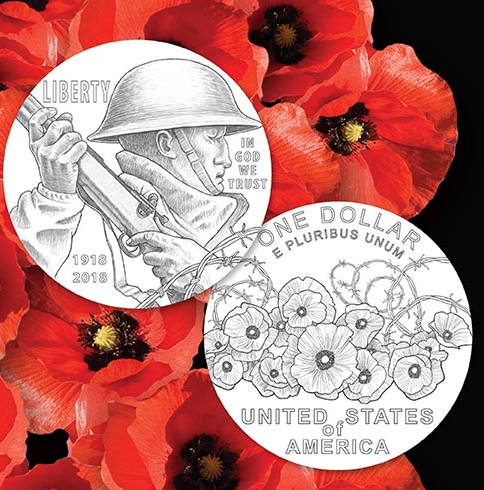 "This is a great day for the Army, and for the services," McCarthy said. "This coin honors all of the 4.7 million American men and women from the Navy, the Marine Corps, the Coast Guard, the Air Services, and from the Army, who stepped forward to serve 100 years ago".

The obverse design of the new coin is titled “Soldier’s Charge,” and depicts an almost stone-like soldier gripping a rifle. Barbed wire twines are featured in the lower right hand side of the design.

The wire design element continues onto the reverse of the WWI Centennial Silver Dollar in a design titled “Poppies in the Wire,” which features abstract poppies mixed in with barbed wire.

Barbed wire was part of the trench warfare of World War I, and poppies are the symbolic flower of veteran remembrance, a tradition that began during the war.

This new collectible coin was authorized by statute in 2014, via bipartisan legislation sponsored by Rep. Emanuel Cleaver (D-Missouri), Rep. Doug Lamborn (R-Colorado) in the House, and Sen. Claire McCaskill (D-Missouri) and Sen. Roy Blunt (R-Missouri) in the Senate. 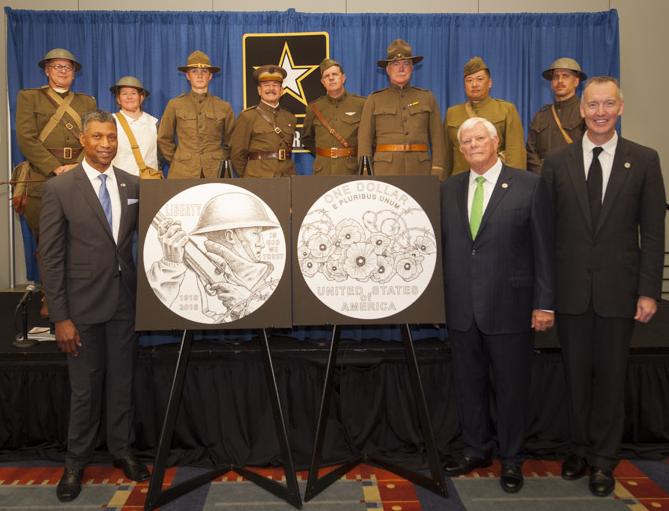 As WWI Doughboy re-enactors look on, the design for the WWI Commemorative Coin is displayed by (from left) Mr. TV Johnson, Director of Corporate Communication for US Mint; U.S. World War One Centennial Commission Chair Terry Hamby, and Commission Director of Public Affairs Chris Isleib.The Secretary of the Treasury selected the winning coin design after the Mint held an open design competition in 2016 judged by a six-member panel comprised of three members each from the U.S. Commission of Fine Arts and Citizens Coinage Advisory Committee, and chaired by the Secretary of the Treasury’s designee. 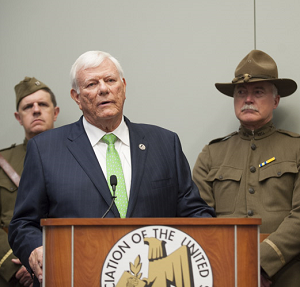 Terry Hamby, Chair of the U.S. World War I Centennial Commission, speaks at the coin design unveiling.Centennial Commission Chair Terry Hamby was honored by the coin project. "World War I was the war that changed the world. Millions of families across our country were impacted by this war, and we all continue to be touched by it every day. This coin is a tangible way for those families, and for all people, to be a part of this special centennial period".

The coin will be produced in limited quantities, and will be available for purchase from the U.S. Mint in January of 2018.

Surcharges of $10 per coin sold are authorized to be paid to the United States Foundation for the Commemoration of the World Wars to assist the World War I Centennial Commission in commemorating the centenary of World War I.

The Foundation supports the U.S. World War I Centennial Commission, and will use these funds for the creation of the new National World War I Memorial in Washington DC. The Memorial, which was authorized by Congress in 2014, will be located at Pershing Park, on Pennsylvania Avenue NW and 14th Street NW, a block from the White House. 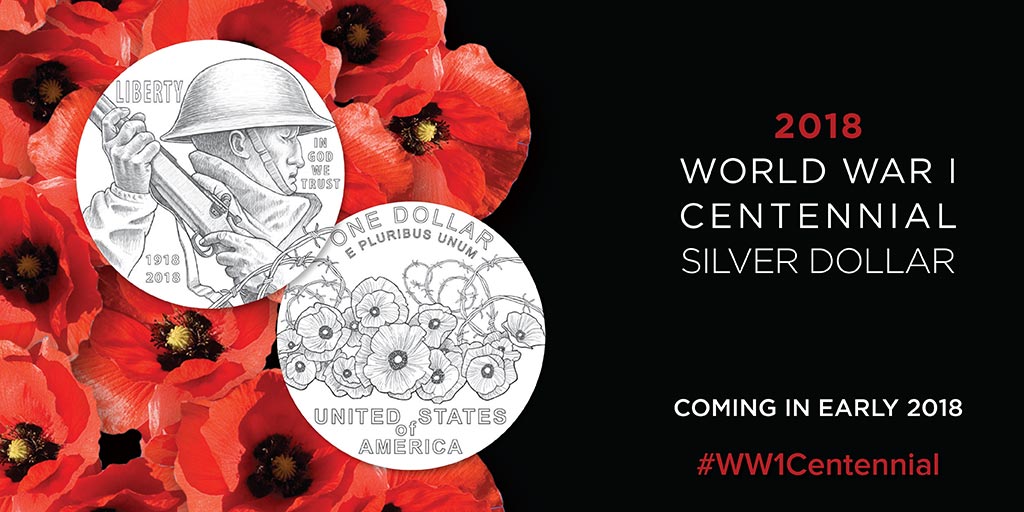