On November 3rd, the first Friday of next month, there will be a modest memorial ceremony in the little village of Evansville, Illinois. This ceremony will hold enormous resonance to the World War I community, and represents a significant milestone in America's involvement in the war. The hosts for the event will be the 16th Infantry Regiment Association. We spoke to the Association's President, Steven E. Clay, about what is planned. 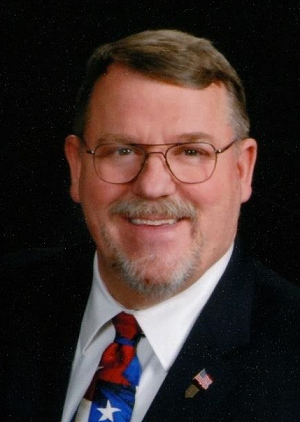 Your organization is hosting a unique and remarkable ceremony on November 3rd. Tell us about it. Who is being honored, and why?

On 3 November 1917, Corporal James Gresham, and Privates Thomas Enright and Merle Hay, were killed in action during a German trench raid near the little village of Bathelémont, France.

These soldiers -- all members of F Company, 16th Infantry -- were the first three American soldiers killed in combat in World War I. The 16th Infantry Regiment Association will honor Gresham with the dedication of a plaque at his mother’s home in Evansville, Indiana, at 10:00 am, on 3 November 2017. 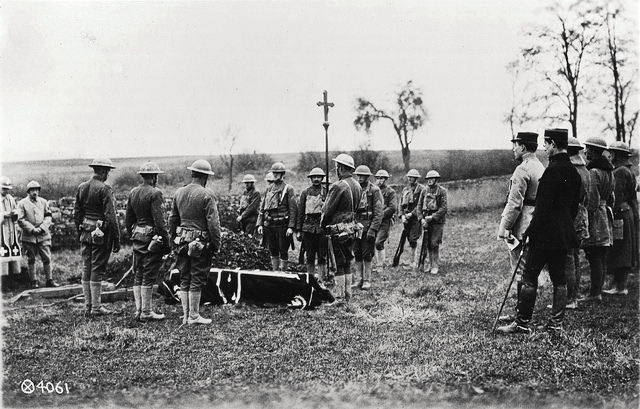 The burial of Gresham, Enright, and Hay, in France in 1917. Gresham was subsequently reburied in Evansville, after the war, in 1921.This event is part of our organization’s mission to honor our Regiment’s fallen and remember the sacrifices of all 16th Infantry soldiers who made the ultimate sacrifice. It is also part of the Regimental Association’s World War I 100th anniversary remembrances as a Commemorative Partner of the United States World War I Centennial Commission.

Tell us about these three soldiers. Who were they? What was their unit, the 16th, doing at the time? How was the news of their fate received, at the time, in the US and in France?

James Gresham was from Evansville, Indiana. He was a pre-war Regular Army soldier who had served with the 16th Infantry in the Punitive Expedition into Mexico.

Like Gresham, Enright was a Regular Army soldier. Originally, from Bloomfield (Pittsburgh), Pennsylvania, he enlisted in the Army in 1909 and saw service in China, the Philippines, and, in Mexico during both the Vera Cruz (1914) and Punitive Expeditions (1916).

Hay was from Glidden, Iowa and he enlisted with the 16th Infantry in May 1917 not long after war was declared.

At the time of the raid, the 16th Infantry, along with the rest of the 1st Division, was occupying a stretch of trenches in what was supposed to be a quiet sector of the front. The regiment assumed control of the sector from a French division for the purposes of training and acclimating the division’s soldiers to warfare on the Western Front.

Not surprisingly, the new American defenders were soon tested by the German Army to determine how well they would fight. The deaths of the three US troops was big news in America, and contributed to the rush of patriotism being felt at home. Of course, their deaths were also used to increase the sales of things like US savings bonds, etc., as well.

We understand that these folks are still remembered in France. Tell us about what commemoration is being held there, in their honor. 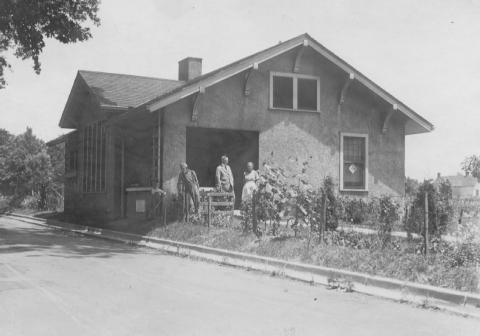 Gresham House, 1920, in Evansville, IL.On 3 and 4 November 2017, the town of Bathelémont will be commemorating the ultimate sacrifice of these three men, as well as the deaths of the other 116,000 Americans who died in the war. Gresham, Enright, and Hay were all originally buried at Bathelémont soon after the raid. The burial was attended by the commander and an honor guard from the French division which was working with the 1st Division at the time.

After the war, their bodies were repatriated to their respective hometowns in the U.S. Bathelémont erected a monument to the three men at the site of the original burial after the war, but it was destroyed by the Germans during World War II.

The town subsequently erected another monument to them, and it is located near the town cemetery.

The Gresham house still holds a special connection to veterans. Tell us about the role it plays. How did that role come about?

In 2012, the Evansville Parks and Recreation Department deeded Gresham home to the ECHO Housing Corporation. The house had previously been used a museum honoring Gresham for many years before falling into disrepair.

Following a years-long renovation process, the historic home became the headquarters for the ECHO Housing’s Homeless Veteran Reintegration Program. It now provides 6-8 military veterans to stay there without rent for 60-90 days which in turn allows them to work and save money for a permanent housing solution.