A bracelet that had belonged to an Irishwoman serving with the US Army Nurse Corps in France in World War I has been returned to her relatives in Bray, Co Wicklow after a long search. 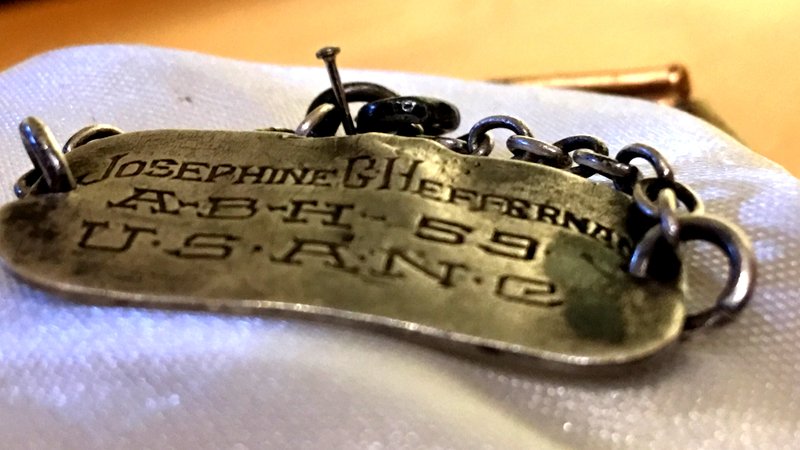 He brought it to his teacher, Estelle Lefeuvre, who promised to help him find the owner. It was not until after she retired that Ms Lefeuvre began researching Ms Heffernan.

Lefeuvre linked the bracelet with World War I, and discovered the Americans had created and maintained a base, during the war, in Rimaucourt. In fact, the school had been used as an army hospital. Lefeuvre concluded that Ms Heffernan had been an Army nurse stationed there. However, she could not find any further records.

"I was fascinated by the idea of finding out who this woman was. It was a gamble to see if we could find her, but the gamble paid off," said Ms Lam Trong.

Initially, their search was concentrated in the US, as they believed Ms Heffernan was American. They eventually discovered a death record showing the nurse to be Irish and buried in the Irish town of Bray. 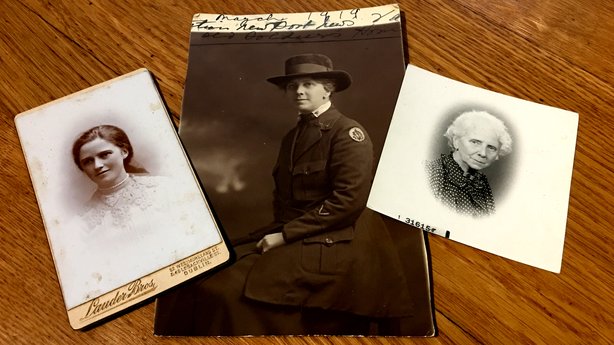 Heffernan had emigrated to the US in 1906 and joined the Army in 1910. She was posted to France in 1918 to work at the base in Rimaucourt, where the bracelet would eventually be found.

Heffernan kept photographs of her time there, as well as albums which document spells living and working in South East Asia, the Philippines and Hawaii. Eventually, she retired, and she returned to Bray in 1943. She had never married and did not have children.Heffernan died in 1962 and was buried in St Peter's Church in Bray, with the American flag draped over her coffin.

Last month, Ms Lefeuvre travelled to Bray to return the bracelet to Ms Heffernan’s relatives. The episode was filmed for a documentary being made for French television by Ms Lam Trong.

"I never knew Josephine but through my research I feel I know her like a friend. After all these years of trying to find her, coming to Bray with the bracelet is like bringing her home," Ms Lefeuvre said.

The documentary "Josephine H" will be broadcast in France later this month. 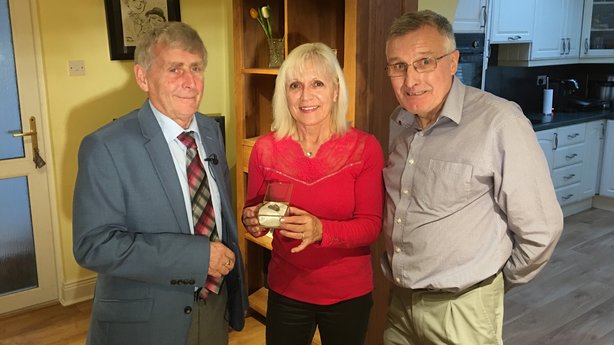