"All it took was friendship and love to turn a little homeless dog into an unlikely hero." 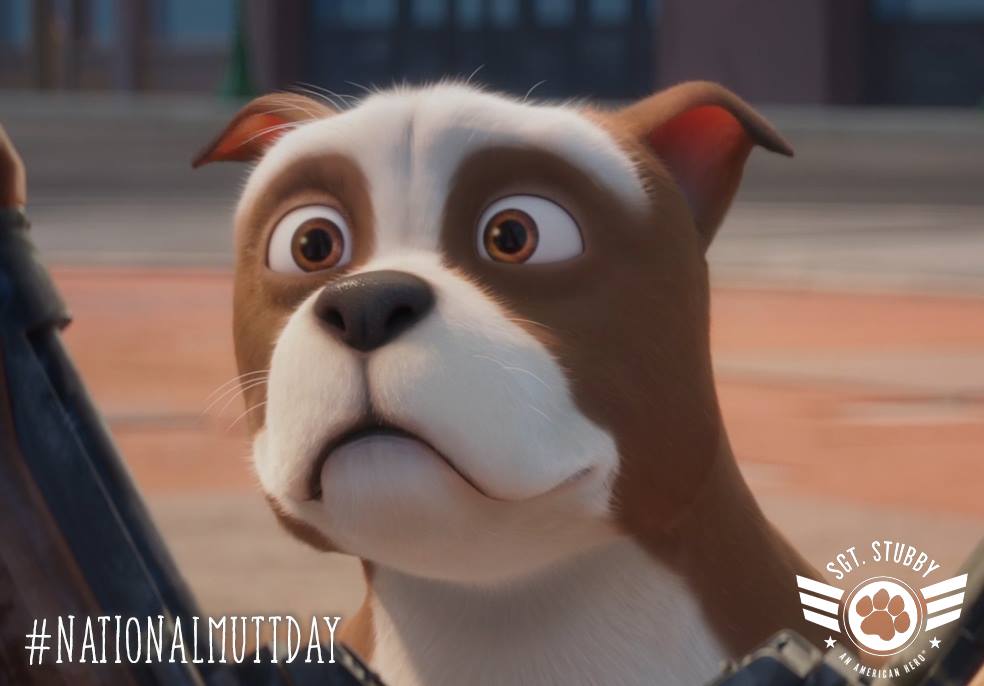 The animated movie, SGT Stubby: An American Hero, is a WW1CC Commemorative Partner, and will come to theaters nationwide on 13 April 2018. The film is based on the remarkable true story of the 26th "Yankee" Division's legendary mascot, SGT Stubby, a stray dog who became a hero of World War I. The film features the voices of actors Helena Bonham Carter, Gerald Depardieu, and Logan Lerman, among others. Sgt. Stubby's new teaser trailer arrived this week in select theaters across North America. You can view it at https://www.youtube.com/watch?v=PgYMvDzxj0M.  We had a few moments with the film's writer/producer, Richard Lanni, to talk about the movie. 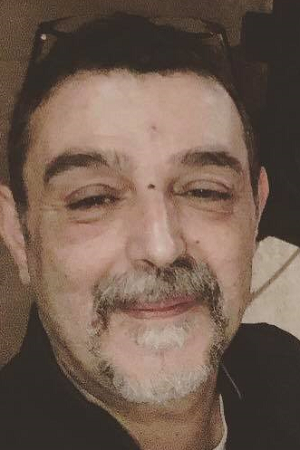 Tell us a little bit about your upcoming film, Sgt. Stubby: An American Hero.

Sgt. Stubby is a full length feature animation that tells the story of America's most famous canine. It plots his rise from homeless to hero. He stowed away on the boat to France and came home leading the parade. It is one of the first, if not the first true stories to be told in animation; it's certainly the first animated family war movie.

How did you first come across Sergeant Stubby's story? What made it such a compelling story to you?

I was working on a WWI documentary series for PBS when I found Stubby and I just kept coming back to his story. It was the American Dream all encapsulated in a dog.

What made you decide to tell this story through animation rather than live-action?

We decided to make the movie in animation because, WWI is a hard pill to swallow and in animation we have total control of Stubby and his emotions. By carefully crafting the violence off camera and by the dramatic use of music and sound effects, we can shield a young audience without losing the essence of the piece.

Sergeant Stubby has such a unique story. Why is it so important for people to remember Sergeant Stubby and the other incredible stories of World War I?

History is being lost to the young, so Stubby is the perfect conduit to explain this long forgotten war to an audience that might never know anything about that important time.

Ashleigh Shaw is a Fall 2017 Intern at the United States World War One Centennial Commission. 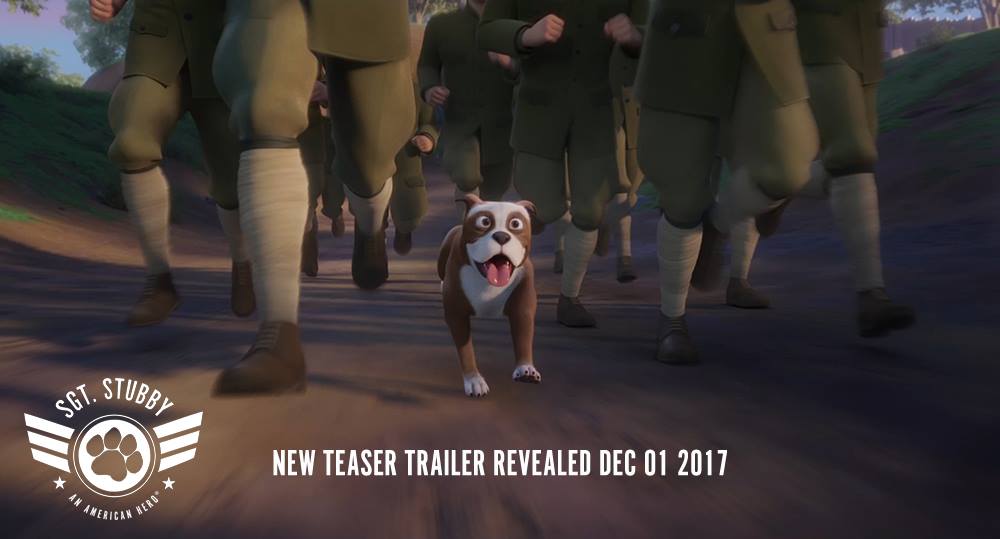 (Above and below) Images from the animated movie, SGT Stubby: An American Hero 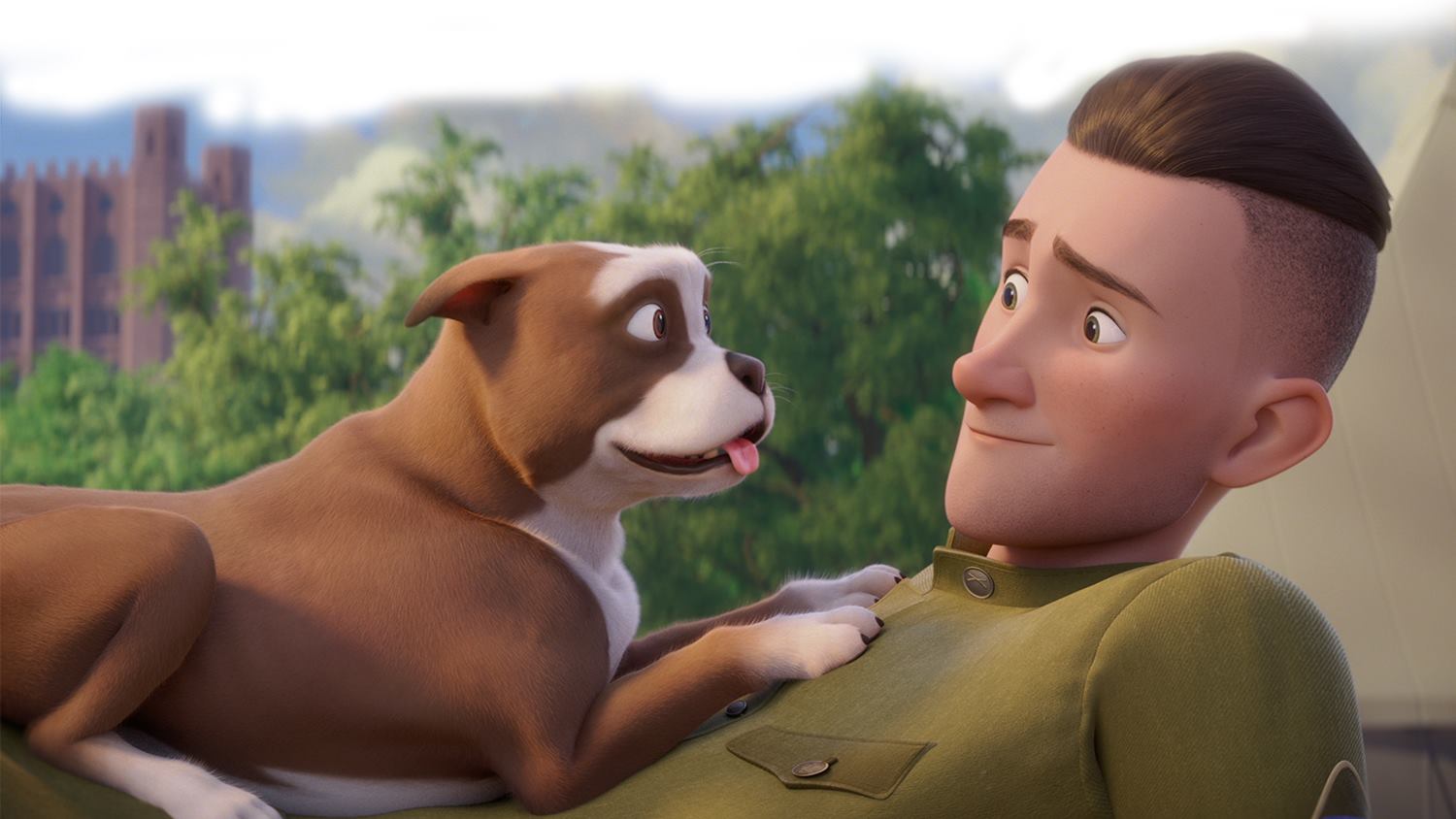