Unsung heroes of World War I: the carrier pigeons 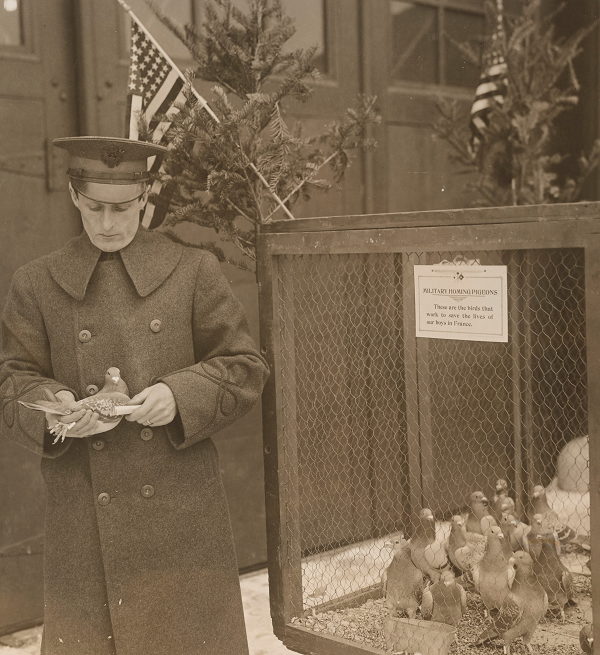 Carrier Pigeons (Signal Corps). 2nd Lt. Milne, S.R.C. and the pigeons he is raising for the Army, 1918. (National Archives Identifier 55166221)World War I was one of the first great wars during the industrial revolution. From the introduction of airplanes to the use of tanks and railway guns on the battlefield, soldiers had to contend not only with each other but with the productions of the factory floor. Even the recent invention of the telephone made its way into battlefield units, where soldiers used it to convey orders or direct artillery fire.

In a conflict of the size and duration of World War I, communication was key. Unfortunately, technology—like the telephone or the telegraph—was not as reliable as the commanders of Europe would have liked. In an attempt to improve combat communications, the leaders of World War I turned to a much older form of communication: the carrier pigeon.

Unsung heroes of World War I, the carrier pigeons of both the Allied and Central Powers helped assist their respective commanders with an accuracy and clarity unmatched by technology.

The National Archives has a vast collection of messages that these feathered fighters delivered for American soldiers. Using these messages and the history of the carrier pigeon in battle, we can look at what hardship these fearless fowls endured and how their actions saved American lives.

One of the most impressive things about the war records of the carrier pigeons was how widely the birds were used. Their service as battlefield messengers is their most known use, and the pigeons found homes in every branch of service.

The rudimentary airplanes of the embattled countries used pigeons to provide updates midair. Launched mid-mission, the birds would fly back to their coops and update ground commanders on what the pilots had observed.

Read the whole article on the National Archives Pieces of History blog: