A centennial of subterfuge: the history of Army psychological operations

Of course, the practice of using psychological tactics to influence foreign populations predated 1918. However, it was not until World War I that the U.S. waged the first orchestrated military propaganda campaign in its history, establishing two agencies specifically for that purpose. 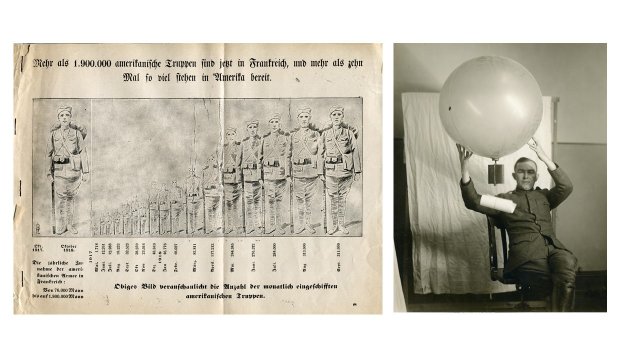 Entering World War I in April 1917, the U.S. War Department had no capacity to conduct what is commonly known as psychological operations, or PSYOP, or what is doctrinally referred to today as Military Information Support Operations. On January 23, 1918, Maj. Charles H. Mason, head of MI-2 in the War Department Military Intelligence Branch, direct-commissioned Capt. Heber Blankenhorn straight from civilian life to establish and lead the Psychologic Subsection for the purpose of organizing "the implementation in combat of the psychologic factor in the strategic situation" -- quite a nebulous charter for the new officer.

President Woodrow Wilson vehemently opposed the idea of military-run propaganda, so Blankenhorn's low-key activities were initially limited to research and planning. He spent ensuing weeks walking the halls and knocking on doors throughout the War Department, trying to get support for his idea of waging "leaflet warfare" overseas in support of Gen. John J. Pershing's American Expeditionary Forces in France.

Read the entire article on the army.mil web site here.