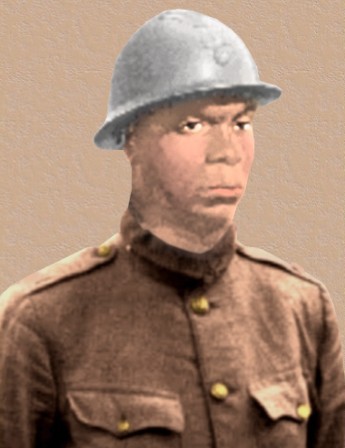 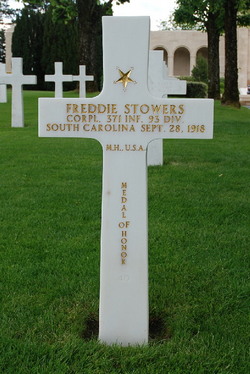 Despite the discrimination he faced there, he made the decision to serve our country on the segregated 371st Infantry Regiment. He was serving as the squad leader in Company C of that regiment, in the 93d Infantry Division, during the attack on Hill 188, in the Champagne Marne Sector of France. He was killed in action that day, but his exceptional bravery and leadership lived on, earning him the Medal of Honor posthumously.

At the attack September 28, 1918 attack on Hill 188, enemy units fired down on Corporal Stowers company only for minutes before holding up their arms in surrender, prompting American forces ceased fire and come out into the open. When Stower’s unshielded men were roughly 100 meters from the trench line, the enemy soldiers jumped back into their trenches and unleashed bands of machine gun fire and mortar fire on them, causing over 50 percent casualties.

Despite these conditions, Stowers heroically crawled forward through the fire, inciting that extraordinary bravery in his quickly-falling men.

They fought fiercely to dismantle the machine gun fire in the first trench, and then Stowers courageously pressed his men forward towards the second trench, getting gravely wounded in the process. He continued onward, urging his men to do the same, until he succumbed to that injury. His courage, strength, and devotion so inspired his squad that they continued to push forward after his death and so, despite their terrible odds, contributed greatly to enemy casualties and the capture of Hill 188.

Although no Medals of Honor were granted to Black Soldiers in WWI or WWII at first, Stowers was eventually granted the recognition due after a review of all the Distinguished Service Cross awards to black soldiers in the 1980s and 90s led to his being upgraded to the Medal of Honor.

Although Corporal Stowers, buried in Romagne Meuse, France, had not been alive to accept the honor himself, on April 24, 1991, President George H.W. Bush presented the award to his sister. The President on of the United States, in the name of Congress, took great pride in presenting the honor to Corporal Freddie Stowers for his extraordinary heroics that day.

Nicole Renna is a Spring 2018 Intern at the United States World War One Centennial Commission. 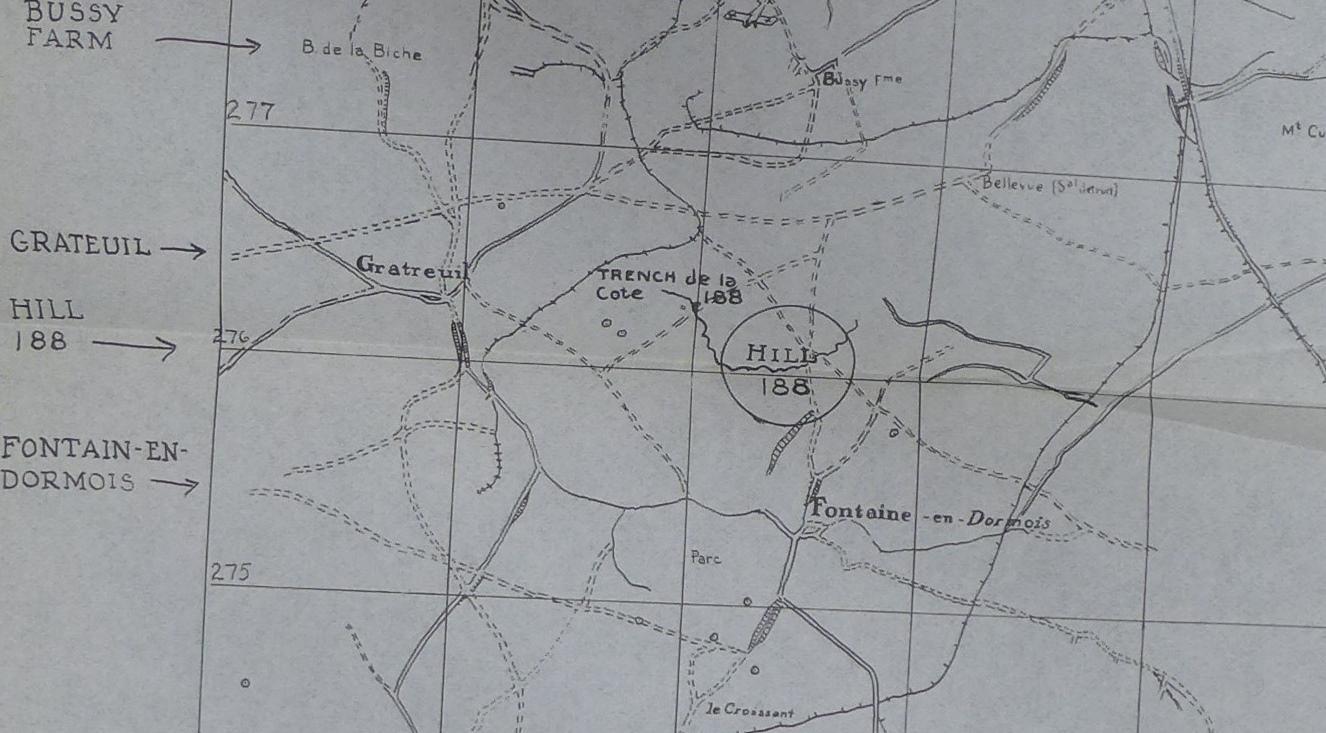 Map of the attack on Hill 188, in the Champagne Marne Sector of France, where Corporal Freddie Stowers was killed. 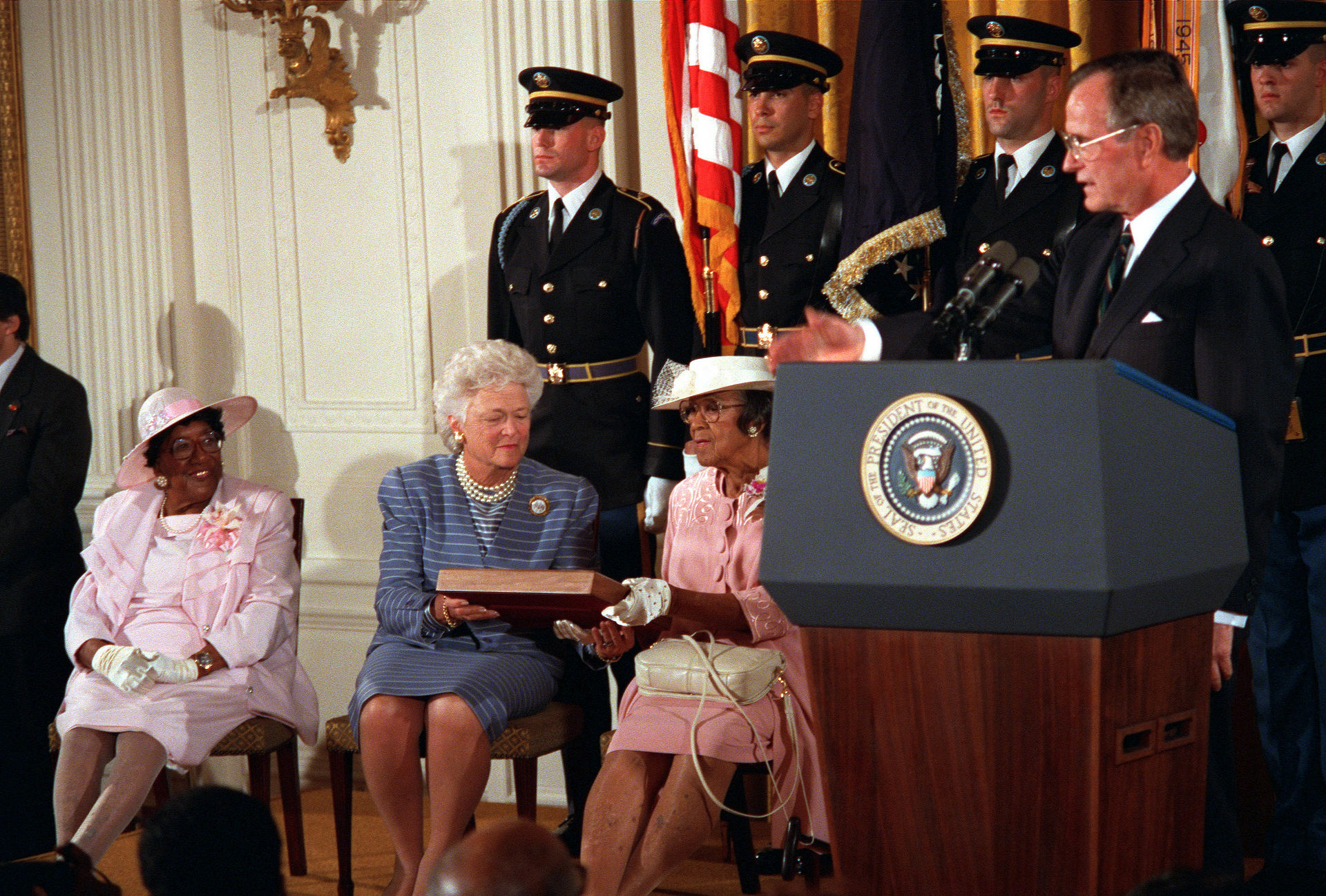