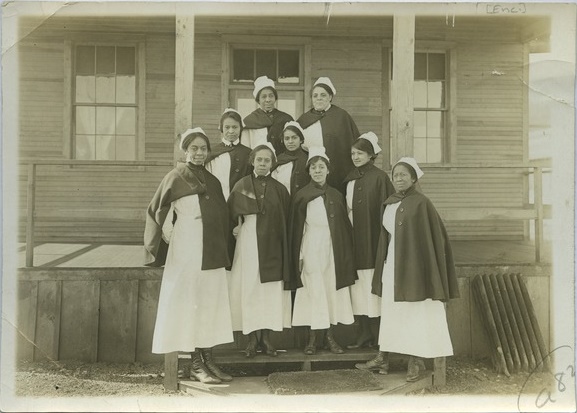 Photo of the nine of the African-American U.S. Army nurses at Camp Sherman, 1919. Photo courtesy of the David Graham Du Bois Trust, and the Special Collections and University Archives, University of Massachusetts Amherst LibrariesDuring Black History Month, we honor eighteen African American women who served in the Army Nurse Corps stateside during World War I.

Little is known today of their full story. However, the story of their courage has lived to this day.

We know that these nurses all came from Freedmen's Hospital, now Howard University Hospital, in Washington DC. and were assigned to Camp Sherman, in Chillicothe, Ohio.

According to the Army Medical Department's Office of Medical History, at the onset of World War I, administrative barriers existed within the Army Nurse Corps and the American Red Cross that prevented African American nurses from joining the war efforts. With political and public pressure building for acceptance of African American nurses for the war cause, plans were made to permit them to apply to the Army Nurse Corps. It was not until the last months of World War I, during the influenza epidemic of 1918, that the Army and the Red Cross began accepting these nurses who were so willing to serve.

As the nursing shortage became critical, the War Department consented to the authorization of 18 African American nurses into the Nurse Corps. They were assigned to duty in December 1918 at Camp Sherman, Ohio and Camp Grant, Illinois. The difficulties these nurses experienced did not prevent them from serving with great honor.

Greater than eighteen hundred African-American nurses were certified by the American Red Cross to serve with the Army Nurse Corps during World War I, yet only a handful were allowed to actually serve. None of those who serve received benefits or pensions as they did not serve in wartime.

The U.S. Army was racially segregated at the time of the war. As a result, these talented, educated women were limited in what they were allowed to do. They could only live in segregated quarters, and they were only allowed to care for German prisoners of war, or for African American soldiers.

Despite this oppressive climate, these women chose to serve their county during this hour of need.

One of these pioneering women, Aileen Cole Stewart, who served at Camp Sherman, stated "The story of the Negro nurse in World War I is not spectacular. We arrived after the Armistice was signed, which alone was anticlimactic. But each of us contributed quietly and with dignity to the idea that justice demands professional equality for all qualified nurses." 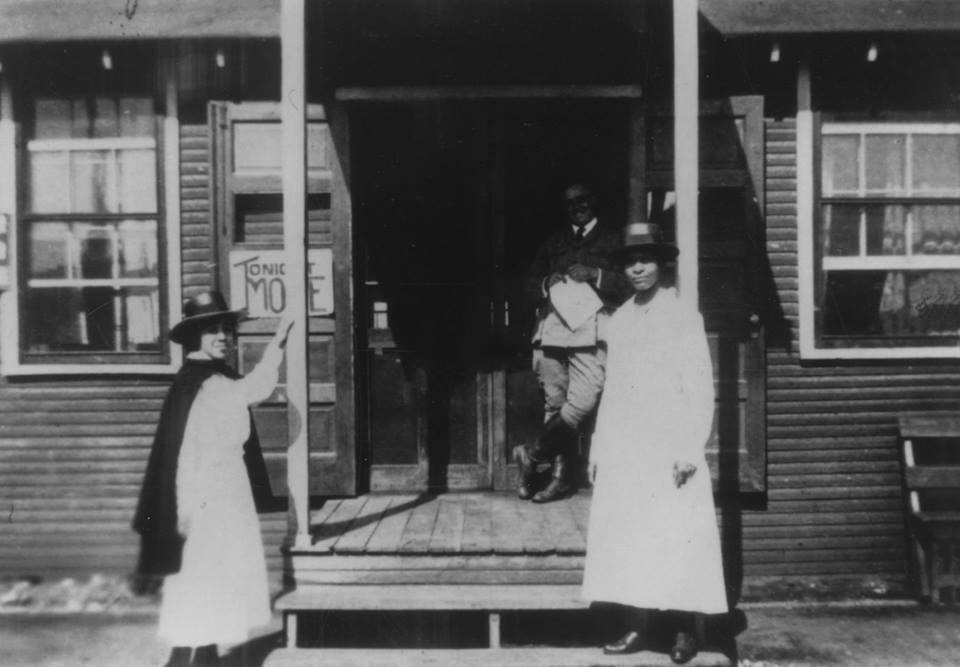