Gridiron On The Great Lake: a WWI football story

Nestled in the midst of the most devastating war in history sat a remarkable football team. Assembled on the shores of Lake Ontario, they were an unbeaten, unscored upon powerhouse made up of various racial, ethnic, social and religious backgrounds. These gridders also endured one of the greatest epidemic illnesses of all time to form a cohesive unit that beat all comers. 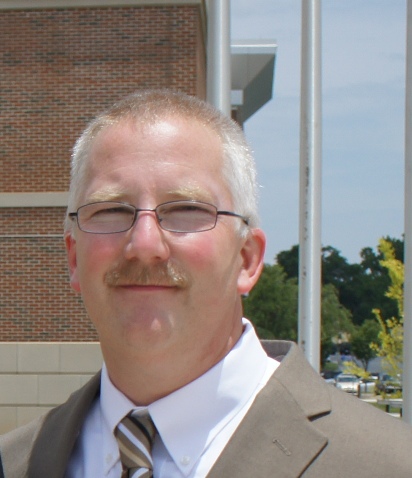 Doug BigelowThe team was made up of an interesting set of individuals - one a hardnosed Syracuse (NY) tough guy who survived a train collision as a teenager while driving a horse and wagon. The team manager was of German descent at a time when Germans were not looked upon favorably in the United States. Gustav Unterkoefler risked harm just for having a Germanic sounding name. One player was a Russian Jew, born in that country his family escaped an anti-Semite pogrom to come to America. The star player was an English born Irishman who played on the 1916 Brown University Rose Bowl team. Several others played collegiately or on the local semi-pro fields. The most interesting was a Native American who came from Oklahoma to serve a country that, as of yet, hadn’t granted him citizenship. 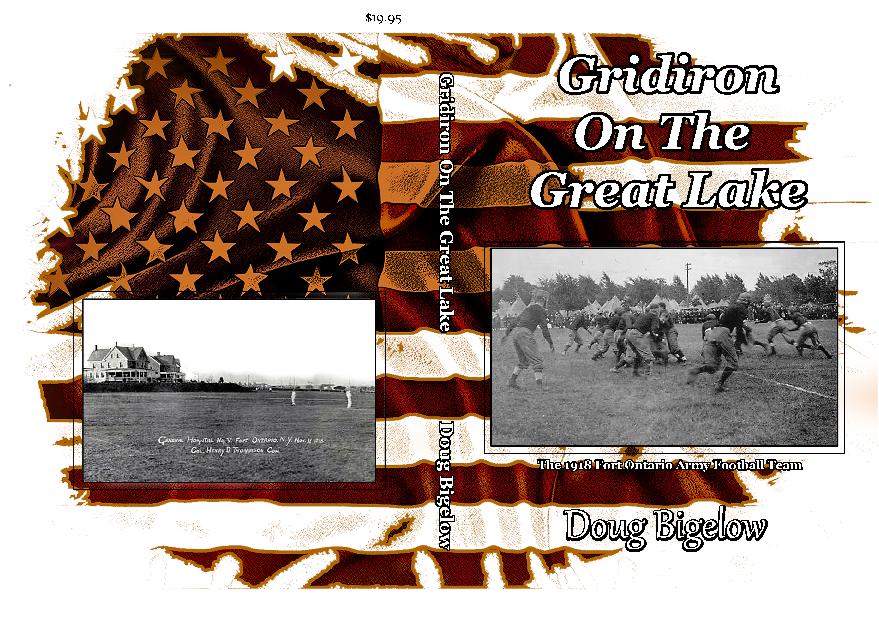 Gridiron On The Great Lake – The 1918 Fort Ontario Army Football Team is my first book. For the last 30-odd years I have done free-lance articles in the areas of sports, history, biography and genealogy. In 2015 I won the Bob Carroll Memorial Writing Award from the Professional Football Researchers Association. The article was titled: The Oswego Shakespeares and the Disputed 1915 Title.

Three decades ago I visited the local library in Oswego, NY to do research on some presently forgotten subject. While perusing the historical newspaper files on microfiche I came across a photograph of the 1915 Oswego Shakespeares. Jotting down the information contained in the caption, in case I might want to further explore it in the future, I proceeded to store this steno pad away for half a lifetime.

When coming across it in 2013, my interest re-peaked, I wrote my award-winning article. Part of my research involved contacting the director for the Fort Ontario Historical Site, Paul Lear. The fort had provided one of the Shakspeares opponents in those years. While discussing the city’s powerhouse eleven Lear mentioned, “you know we had quite a team here in 1918”. As any good historian would I immediately took up the task of proving or disproving that statement. A quick review of the 1919 Spalding Official Football Guide proved it to be an accurate boast. The Guide showed an Army squad in 1918 that flashed a 6-0 record (later disproved to be 5-0).

Once the Shakespeares article was completed I shifted my efforts into digging up data on the military team on the bluffs overlooking the Great Lake. I quickly realized that the story was too powerful for just a few page article. It demanded a much more in-depth analysis. Thus came the birth of Gridiron On The Great Lake. 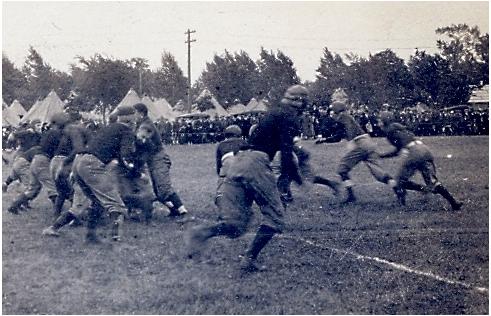 Oswego Shakespeares in action during WWI.The football team was indeed formidable having banished its five foes rather easily but the leatherheads were just the tip of the story in Oswego, NY (home of the fort). The outlet to Lake Ontario had provided a defense of one sort or another fending off Natives, French and the British during its watch. Destroyed, rebuilt, left to ruins and reinvigorated by 1917 it found a new purpose as a hospital base.

With war declared against Germany and her allies the U.S. would need somewhere to mend her injured and the grounds of Fort Ontario would become a haven for the wounded. Not only would the fort staff treat the war’s casualties but also face the Spanish Influenza. A pandemic that decimated the world by killing 50-100 million people.

Gridiron On The Great Lake includes a chapter on the 108th, Company D, also referred to as “Oswego’s Own”. This local contingency did as many other small communities in the country did – send her sons off to fight and die as a unit. Several local lads are highlighted – Paul Dehm, one of the 108th’s buglers and William Monaghan, an older soldier who remarkably brought down a German airplane with a rifle shot. One would make it home, the other would not. There are mini-bios on some players, the fort’s commander and even one of the Red Cross nurses who gave her life tending the young men under her charge.

There are chapters that focus on football – the Fort’s squad being only one of them. We also learn of the stateside military teams as well as those who played in post-war Europe. We follow championships on both sides of the Atlantic. The book doesn’t leave out the collegiate teams with multiple sections dedicated to those institutions. An entire chapter is devoted to Syracuse University, a national contender that “almost” played the soldiers from Oswego. Did they dodge the boys in khaki? The book broaches that question.

To balance out the gridiron exploits we see stories on the experiences in Oswego and at Fort Ontario. Life – Love – Loss. Don’t miss this opportunity to read about a small community like thousands of other small communities under the clouds of The Great War.

Find out more on our website, www.gridirononthegreatlake.com. A percentage of all sales for Gridiron On The Great Lake will go to veteran’s charities with a corporate matching donation. The 2018 recipient will be Clear Path For Veterans of Chittenango, NY (www.clearpath4vets.com).