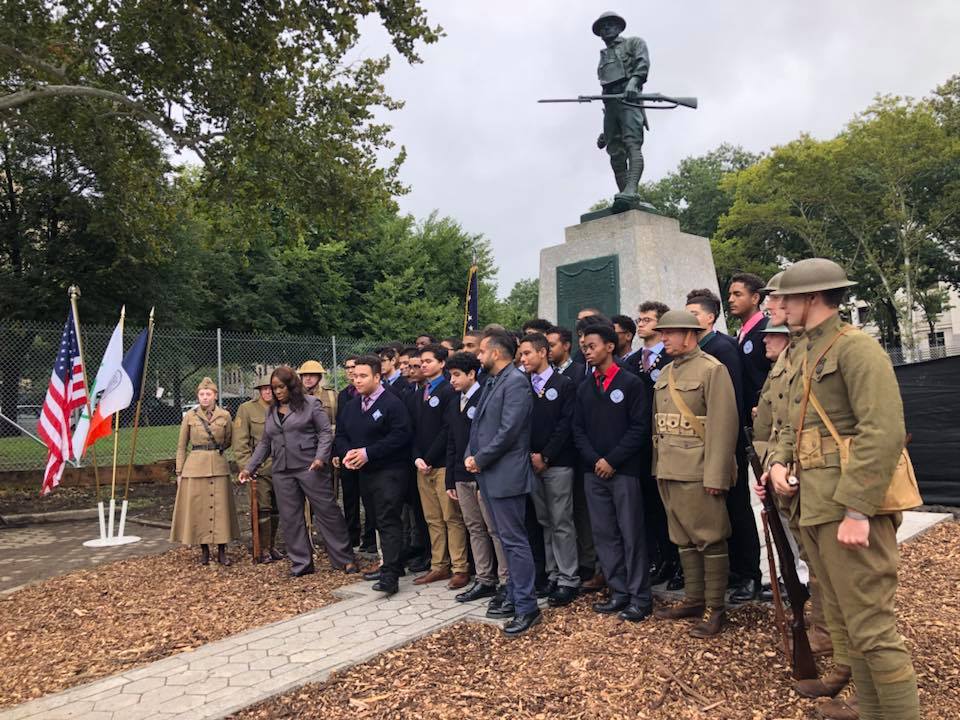 Scenes from the rededication ceremony which took place last Friday in the Bronx, NYC.

NYC Parks rededicates the Highbridge Doughboy statue in the Bronx, after remarkable restoration

The beautiful statue was damaged and kept in storage for 40 years, but was painstakingly restored -- and rededicated on the Centennial of New York’s costliest weekend of fighting, during the war.

The sculpture was originally commissioned by the Highbridge Regular Democratic Club, and was erected in 1923 in a small triangle park east of the Washington Bridge, in the Highbridge section of the Bronx. It was later moved to a small vestpocket park adjacent to the bridge, today known as Bridge Park. After suffering incidences of vandalism and damage throughout the 1970s, the sculpture was removed from public view while the pedestal remained in Bridge Park.

With support from The World War I Commission's 100 Cities/100 Memorials Grant Program and the History Channel, NYC Parks Citywide Monuments Conservation Program restored the bronze Doughboy sculpture and replicated the monument's central plaque. As part of an NYC Parks Capital project, the pedestal was relocated from Bridge Park to a redesigned site at 161st Street and Jerome Avenue and reinstalled. 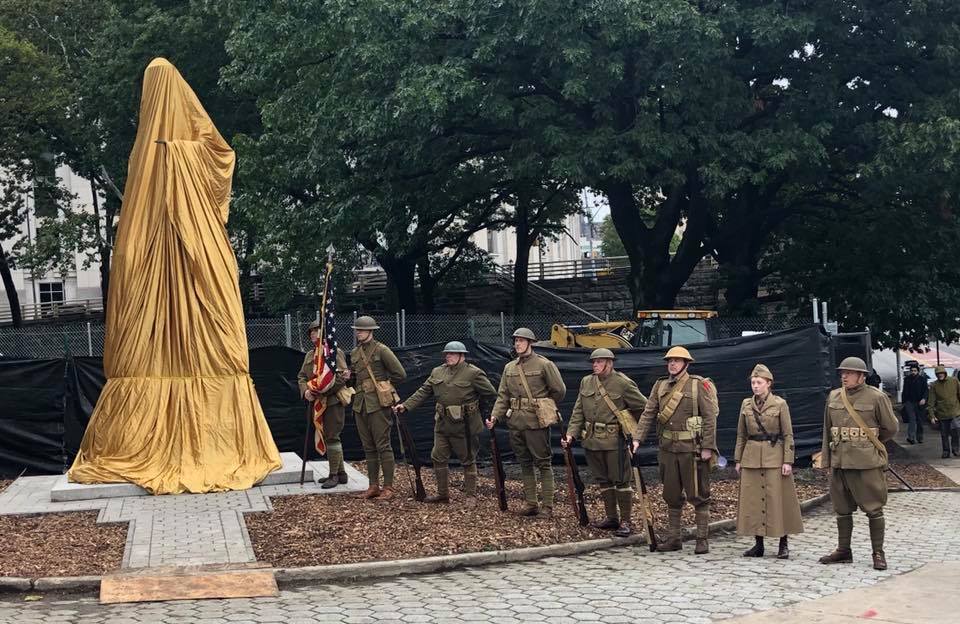 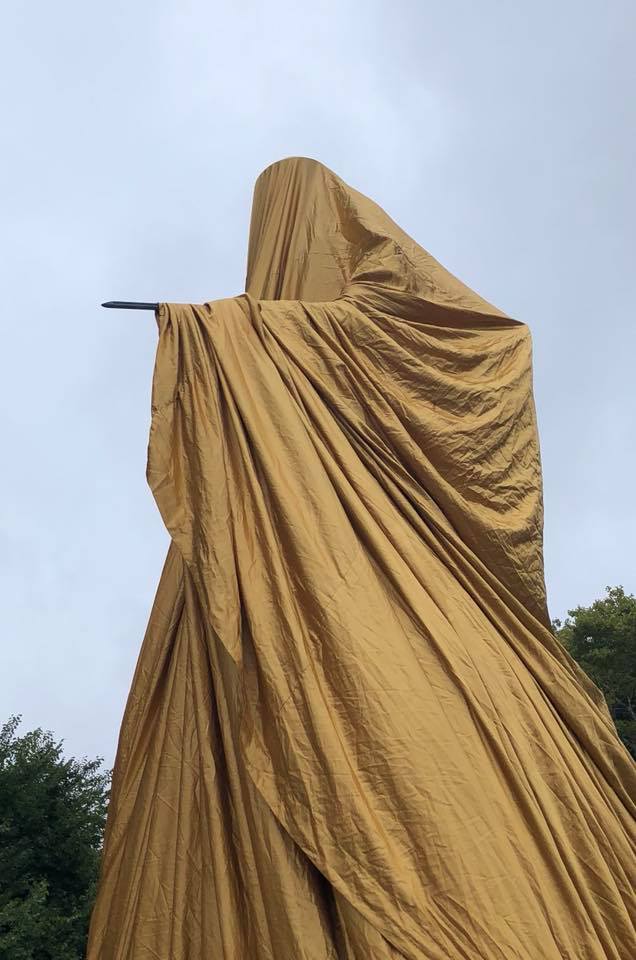 The statue under wraps, prior to unveiling and rededication 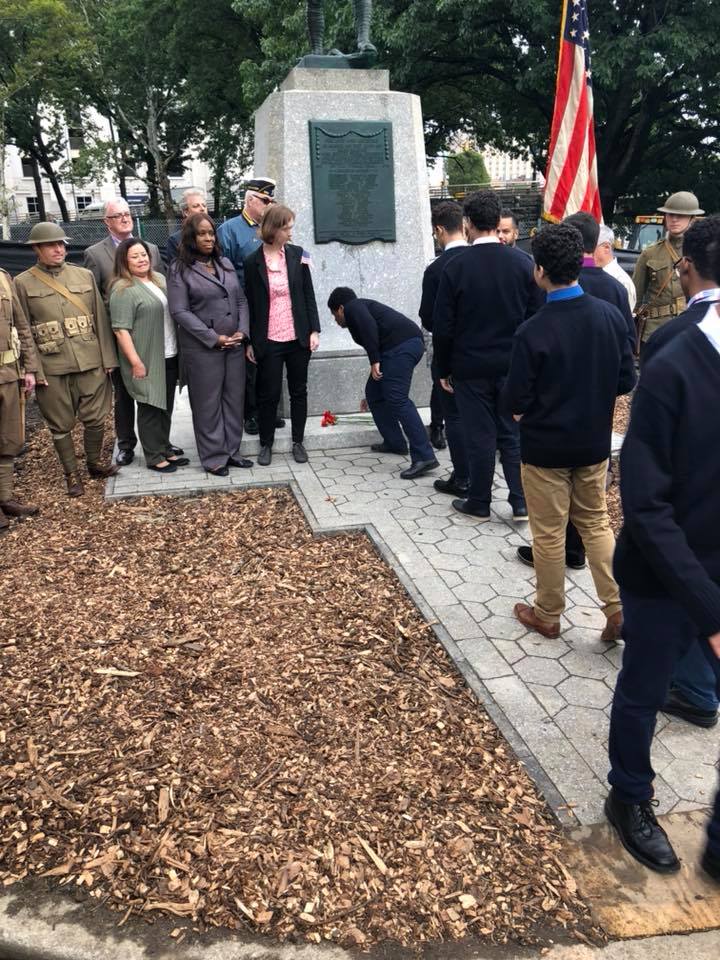 Attendees lay remembrance poppies at the base of the statue, as part of the ceremony. 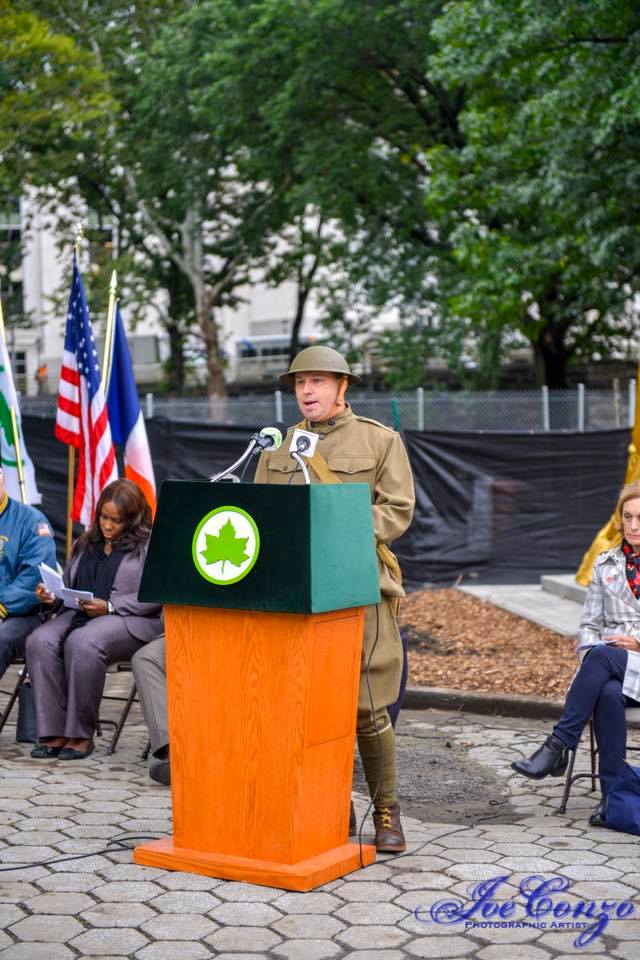 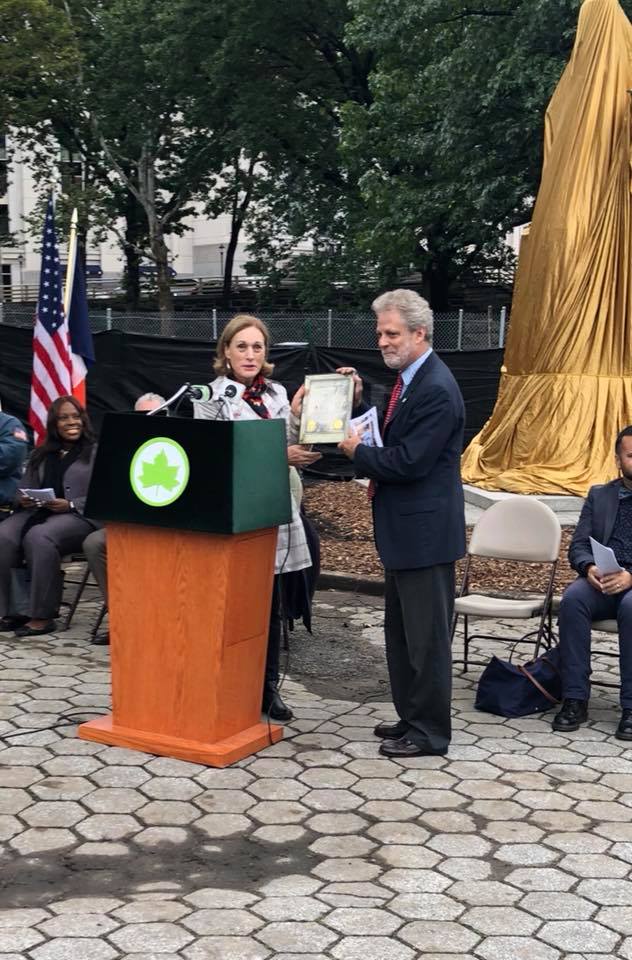 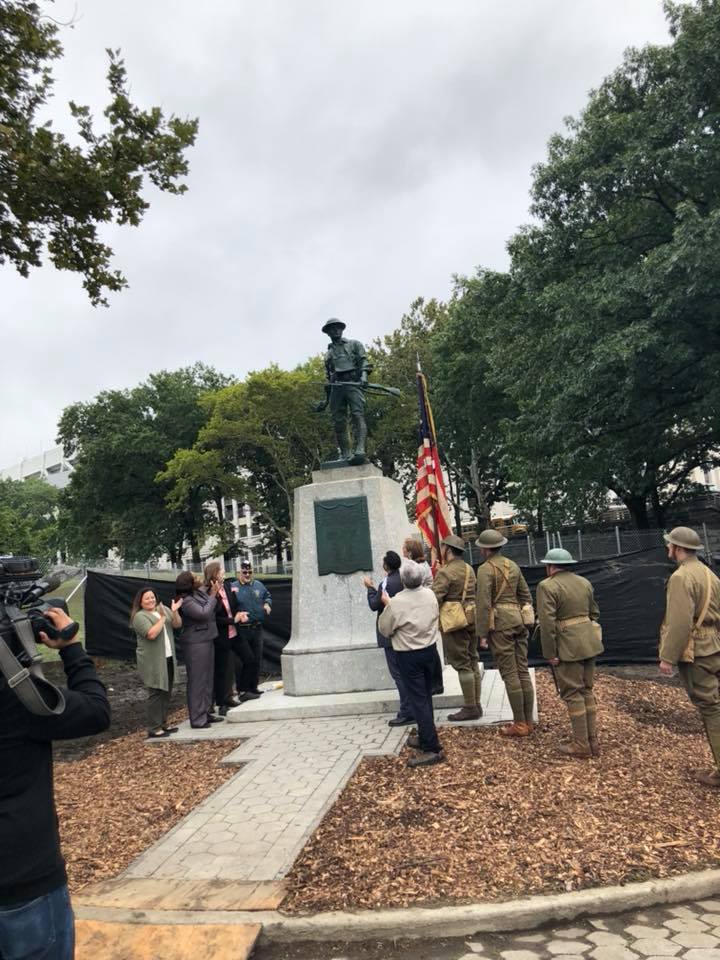 Scenes from the rededication ceremony which took place last Friday in the Bronx, NYC.