The Hello Girls were a group of women sworn into the United States Army who served their country by managing the switchboards during World War I. Being billingual in both French and English telephone operators they were stationed in France shown to have been an extensive help to the American forces. They paved the way for women being able to work and represent the United States Army Signal Corps yet are hardly talked about when we think about the history of World War I. 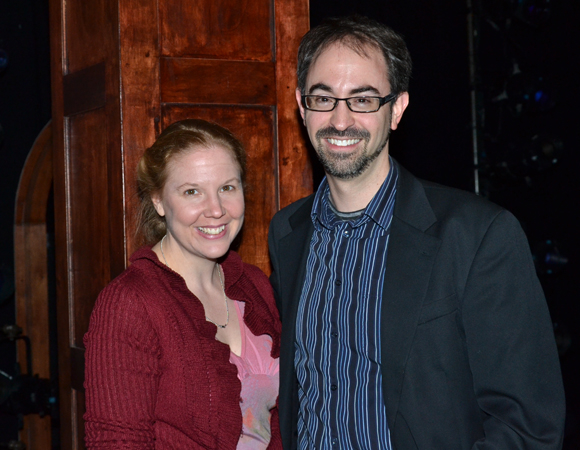 Cara Reichel and Peter MillsCara Reichel, a writer, and artistic director, came across these women and their story through a documentary called “Unsung Heroes” in 2014.

After watching this, Reichel wrote up a grant to the National Education Association or the NEA to help develop a musical version of he Hello Girls story, with her co-writer Peter Mills.

In spring 2017 they have commissioned the grant through the Prospect Theatre Company using research to bring to life the story of the Hello Girls.Using sources such as “The Bell Telephone News” and “Stars and Stripes” both of which were wartime publications, they also read journals of Grace Banker, a chief operator among other sources they have found along the way.

The latest source was the recently published book titled The Hello Girls by Elizabeth Cobb in 2017 was a resource used as well.

Reichel and Mills wanted to make this musical an immersive true to the historical experience of what these women went through and accomplished while having the job of being a Hello Girl.

Cara Reichel explains the meaning behind one of her favorite songs of the musical, “At the end of the first act of our show, there is a song called "Lives on the Line." The song is set during America's first offensive of WWI, at Cantigny. In this battle, the Hello Girls were not yet serving on the front lines -- the song is a "split screen" action between the experience of the men in the field and the women who were stationed a hundred or so miles away at Pershing's headquarters in Chaumont, keeping communications going through the telephone connections. The song shows just how essential both parts of the operation were -- but also how there was still a big difference in the men's and women's roles. It's a beautiful choral moment for the whole company to sing, and moving.”

More information on the project can be found here: http://www.playbill.com/article/cast-set-for-world-premiere-of-the-hello-girls-about-wwi-female-telephone-operators

The World War One Centennial Commission has officially endorsed the musical that is being produced at the 59E59 Theatres in New York, New York from November 13th to December 22nd.

Madison Menz is a Fall 2018 Intern with the U.S. World War One Centennial Commission.