National WWI Museum and Memorial Commemorates the Centennial of the World War I Armistice Nov. 1-11, 2018

KANSAS CITY, Mo. — Firing on the First World War’s Western Front ended on Nov. 11, 1918. This year marks 100 years since the stillness fell across the battlefields of Europe on the “the 11th hour on the 11th day of the 11th month.” To commemorate the end of World War I, President Woodrow Wilson officially recognized Nov. 11 as Armistice Day – a day of somber remembrance recognized around the world, with many stopping for a moment of silence at the 11th hour of this day to honor those who brought about the end of the “Great War.” 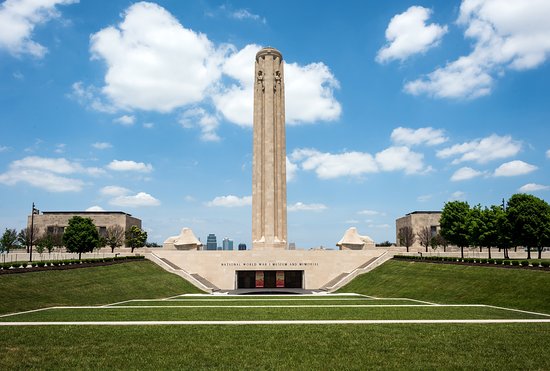 The National WWI Museum and Memorial will capture the world’s attention with activities for all ages to commemorate the end of the war, beginning Nov. 1 through the centennial of the World War I Armistice on Nov. 11.

Highlights will include Peace and Remembrance, a spectacular illumination of America’s official World War I Memorial beginning at 7 p.m. on Friday, Nov. 2. The lighting display will continue for nine consecutive evenings leading up to Armistice Day on Nov. 11 to recognize the 9 million soldiers who made the ultimate sacrifice during the Great War. Comprised of nearly 55 million pixels to cover the Memorial with red poppies – a traditional symbol for commemorating military personnel who died inspired by the World War I poem “In Flanders Field” — the display will be created by DWP Live, a stage and special effects producer for major artists including Adele and Beyonce as well as Super Bowl halftime shows.

From Friday, Nov. 9 through Sunday, Nov. 11, admission to the Museum and Memorial is free for veterans and active-duty military personnel; general admission for the public is half-price.

On Sunday, Nov. 11, the Museum and Memorial hosts a multi-national Armistice Commemoration Ceremony beginning at 9:30 a.m. in the Museum’s Memorial Courtyard. Free to the public, this special ceremony features moving readings of letters from soldiers, poetry, musical performances and more.

The United States World War One Centennial Commission is the presenting sponsor of the Museum and Memorial’s Armistice Commemoration activities with Pioneer Services serving as the premier sponsor and Jackson County Executive and Legislature, the Neighborhood Tourist Development Fund of Kansas City, Mo.,