World War I: The War That Saved Democracy

One hundred years ago on November 11, the First World War mercifully drew to a close. Across a devastated Western Front, British Tommies and French Poilus emerged from the trenches as their German adversaries capitulated. What few remember is that over two million American Doughboys stood in the Allied lines when the guns finally fell silent on November 11, 1918, after four years of slaughter that claimed 18 million lives. 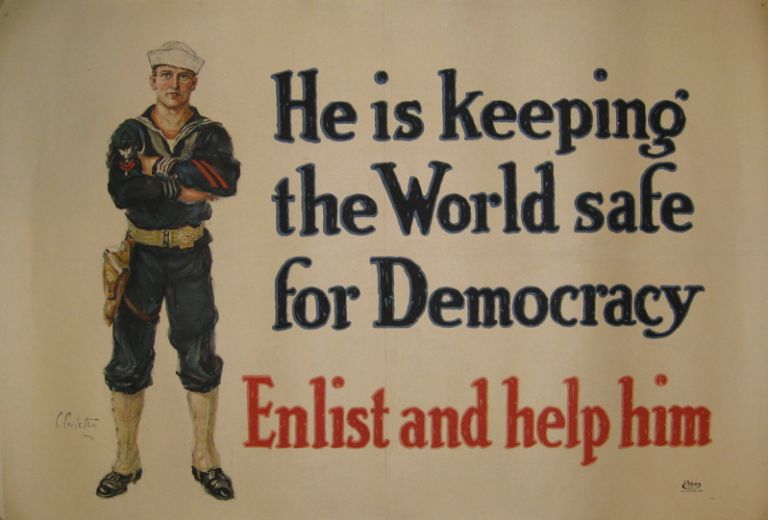 The Great War has never occupied the same place in American lore as it does in Europe. British schoolchildren learn to remember Flanders Fields, while almost all French towns have monuments to those “Morts pour la France.” This is not the case “over here”, where awareness of World War I is low to nonexistent, the important work of the United States World War One Centennial Commission notwithstanding. Mentioning places like Verdun, the Somme, and the Marne or names like Foch, Haig, and Ludendorff from this “forgotten war” will often draw blank stares. In forgetting the events of World War One, we also overlook one of its key consequences: the rescue of democracy around the world.

America’s raucous entry into global affairs during the war played a large role in saving the democratic order. In a break with the isolationist foreign policy of the past, President Woodrow Wilson framed American involvement as a means to support the free people of Europe, principally the British and French. The United States’ declaration of war on Germany in April 1917 and dispatch of millions of troops to Europe over the next year and a half were pivotal in securing an Allied victory. The democracies of Western Europe (Belgium, Britain, and France) could not have prevailed without robust American support.

Alternatively, the authoritarian Central Powers failed to realize their illiberal vision of a post-war European order. Germany’s war aims, the Septemberprogramm, sought to dominate the continent while making the Kaiser a European emperor. Besides neutering France and Britain, Germany would have annexed Belgium and Luxembourg and seized swaths of territory from the Russian Empire in the east. A German victory would have sounded the death knell for European democracy in the form of a neo-Napoleon ruling a continental superstate. Instead, America’s decisive participation as a great power preserved democratic norms and foreshadowed the growing international role the United States would play in the twentieth-century and beyond. 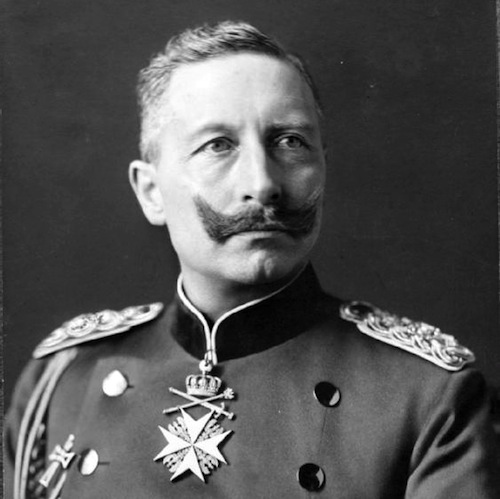 "A German victory would have sounded the death knell for European democracy in the form of a neo-Napoleon ruling a continental superstate." Pictured: Kaiser Wilhelm II of Germany.The Great War also produced a liberal spirit that has characterized much of the past century. Wilson’s “Fourteen Points” speech and subsequent championing of self-determination at the Paris Peace Conference laid the groundwork for the League of Nations. The former’s mandates in Africa, the Middle East, and the Pacific signaled the beginning of the end of imperialism as colonies fought for and won their independence in the name of national liberation. Such Wilsonian idealism also underpinned the UN Charter and has dictated the terms of multilateral engagement ever since.

Had the Central Powers won the First World War, a push toward autocracy worldwide would have replaced these liberal democratic aspirations. Today’s preeminent multilateral institutions like the EU, NATO, and the UN would never have taken shape in an authoritarian, German-dominated Europe.

Unfortunately, the victors ignored the key lessons of the war. Hell-bent on punishing Germany, Georges Clemenceau’s France (with the acquiescence of David Lloyd George’s Britain) forced its enemy to accept humiliating peace terms at Versailles in 1919. The immense reparations levied on Germany did little to welcome it as a democratic member of the postwar community of nations. Instead of forging a lasting peace, the treaty had the opposite effect: Franco-British ambitions to temper German aggression backfired as the Weimar Republic, neglected by its democratic partners, lasted a mere 14 years to be replaced by the Third Reich.

Outside of Europe, Britain and France disastrously failed to promote self-determination as they plotted to divide Arab lands from the decrepit Ottoman Empire between themselves, in the process accounting for much of the instability that defines today’s Middle East. Across the Atlantic, the United States’ retreat from global affairs left a vacuum that fascist powers in Europe and Asia sought to fill. The Second World War could have been avoided had the victorious great powers worked harder to defend the democratic order they had saved. Although the Great War rescued democracy, the postwar years saw it come perilously close to extinction. It would take another three decades, and an even more horrible war, to consolidate the democratic institution building that the peace of Versailles failed to achieve.

As the Armistice’s centennial comes and goes, people everywhere should take a moment to think about the First World War. Millions and millions of soldiers and civilians perished in what was, at the time, the world’s deadliest interstate conflict. Lest we forget, the war was worth fighting because it saved democracy as we know it. Poet Wilfred Owen was right in deriding the “old Lie: Dulce et decorum est Pro patria mori [it is sweet and fitting to die for one’s country].” Yet these men died for more than their countries. We should remember this year and in the years to come a conflict that not only laid bare the horrors of warfare but also, as Wilson put it, made the world “safe for democracy"

Daniel J. Samet is a foreign affairs researcher based in Washington, D.C. His research interests include U.S. foreign policy, Middle Eastern politics, and diplomatic and military history. Views expressed are his own, and not necessarily those of the U.S. World War One Centennial Commission.