In November 2nd's WW1 Centennial News Podcast, Episode 96, host Theo Mayer spoke with historian David Pietrusza about one of history's deadliest pandemics, the Spanish Flu. This virus wreaked havoc on the war-weary peoples of the world, killing an estimated 50 to 100 million. Despite its massive impact, the history of the Spanish Flu is largely forgotten or ignored in the broader discussion of WW1. Mr. Pietrusza answers questions about the origins and consequences of the Spanish Flu, and why so little attention is paid to it. The following is a transcript of the interview, edited for clarity: 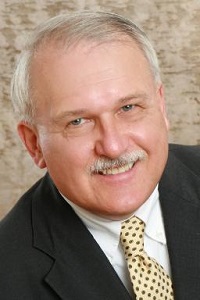 David PietruszaThe Centennial of the Armistice looms large right now, but as the fighting on the Western Front came to an end November 11th, 100 years ago, one of the fiercest and deadliest enemies did not come to the table, did not sign the Armistice and went on killing without mercy. There was no Armistice to be had with the Spanish flu. Earlier this year in Episode 70 we spoke to Kenneth Davis, author of the book "More Deadly Than War: The Hidden History of the Spanish Flu and the First World War." Today we're going to take another look at the flu and its devastating effect on soldiers both during and after the fighting at the end of the war. Historian David Pietrusza has been on this show before, specifically in Episode number when we had a really illuminating interview about Teddy Roosevelt. David, welcome back to the podcast.

David Pietrusza: Good to be back.

Theo Mayer: David, you've been working on an article about World War I and the flu. Tell us about that.

David Pietrusza: Well, I was engaged to provide some material for an online course for students, younger kids, and one of the topics I got to pick from was the World War I Spanish flu. I knew a little bit about it. One of the advantages of doing an article is to learn more and I decided, "Hey, why don't I call the folks at the podcast and see if I could share this information and reach their listeners on it as well." 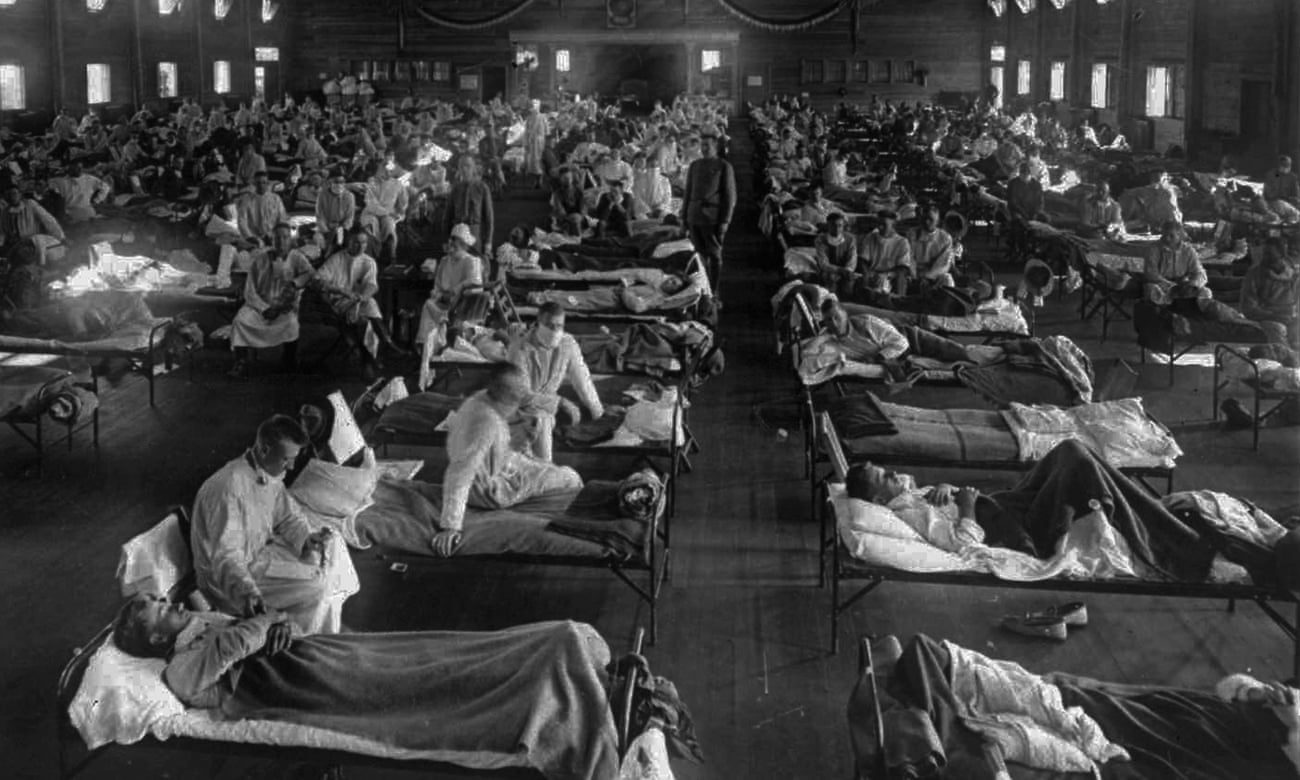 Camp Funston in Kansas, where the pandemic may have originated

Theo Mayer: Okay, diving into the subject itself. In October and November of 1918 soldiers are fighting at full tilt, and the flu is still also going full tilt. Why is the flu picking now?
David Pietrusza: There are a lot of theories as to why the flu starts or where it starts. One of the theories is that it spreads from an Army camp, Camp Funston in Kansas. These camps are tremendously overcrowded and when you get this new strain of flu it spreads like wild fire there, and then beyond. There's Camp Grant in Rockford, Illinois, where they have a thousand dead just at that one camp. Then you pack people into the trenches on both sides of the war, whether it's allied or central powers, and onto the troop ships where people are in close quarters. That doesn't really work and they end up dumping bodies into the ocean. Also, the men are weakened from being out in the elements. Because doctors are dislocated into the armed services and away from the home front, this thing doesn't only affects soldiers, it affects civilians. It's a World War and it's a worldwide pandemic. The country which is hit the most is India. I've seen 7 million, I've seen 14 million and I've seen 20 million. That's consistent with lack of precision in numbering the worldwide casualties which number from 50 million to 100 million in the third world segment of this whole case. Even in America, the accounting and the bookkeeping breaks down after a while and then there's a question of, "Okay, did they die from the new horrible Spanish flu or did they die from pneumonia afterwards?" It's one and the same, but God knows what they put down on the forms.

Theo Mayer: What effect did it have on the war itself?
David Pietrusza: Well, on the war itself it's going to hinder the movement of troops from America to Europe. Also in 1918, Ludendorff puts on a big push. He can't capitalize on it because at that point the flu has spread across the trenches into Germany and is really wreaking havoc on them more than on the Allies, who had it first. There's a first wave which isn't too bad, there is a second wave which is the most deadly, and then there's a third which is again sort of weak. As it moves around the world, it hits different places at different times, so it's going to move from America to Europe and then it's going to hit Africa and India and even the Pacific Islands, and even beyond the Arctic Circle. There's a terrible case. People go into a village, they find this little settlement and they look in the window hoping to find survivors and they find a pack of wild blood dogs just chewing on the bones of people who have died on that. They have to shoot these dogs through the window. There's just one horrible story after another.

Theo Mayer: This flu, this pandemic killed tens of millions of people and this wasn't that long ago. How did the world get amnesia about this?
David Pietrusza: I think that people are so shell shocked by the whole thing they want to block it out of their memory. It's like waking up from a nightmare. Because people do not really know how it started or how to stop it, it really does get forgotten.

Theo Mayer: This global amnesia about something that's so close to us just fascinates me.
David Pietrusza: We haven't had 50 million or 100 million dying, but we have had our pandemic scenes, like the Hong Kong flu where we've lost up to a million people and we don't even think about that. I mean it's, "Oh, it's just the flu."

Theo Mayer: David, this article that you created, is it aimed at high school students?
David Pietrusza: It really is aimed at high school students and then there are little questions and answers afterwards to see if they've been paying attention. We're working on web base resources and we're working on American history which tends to be so often forgotten. 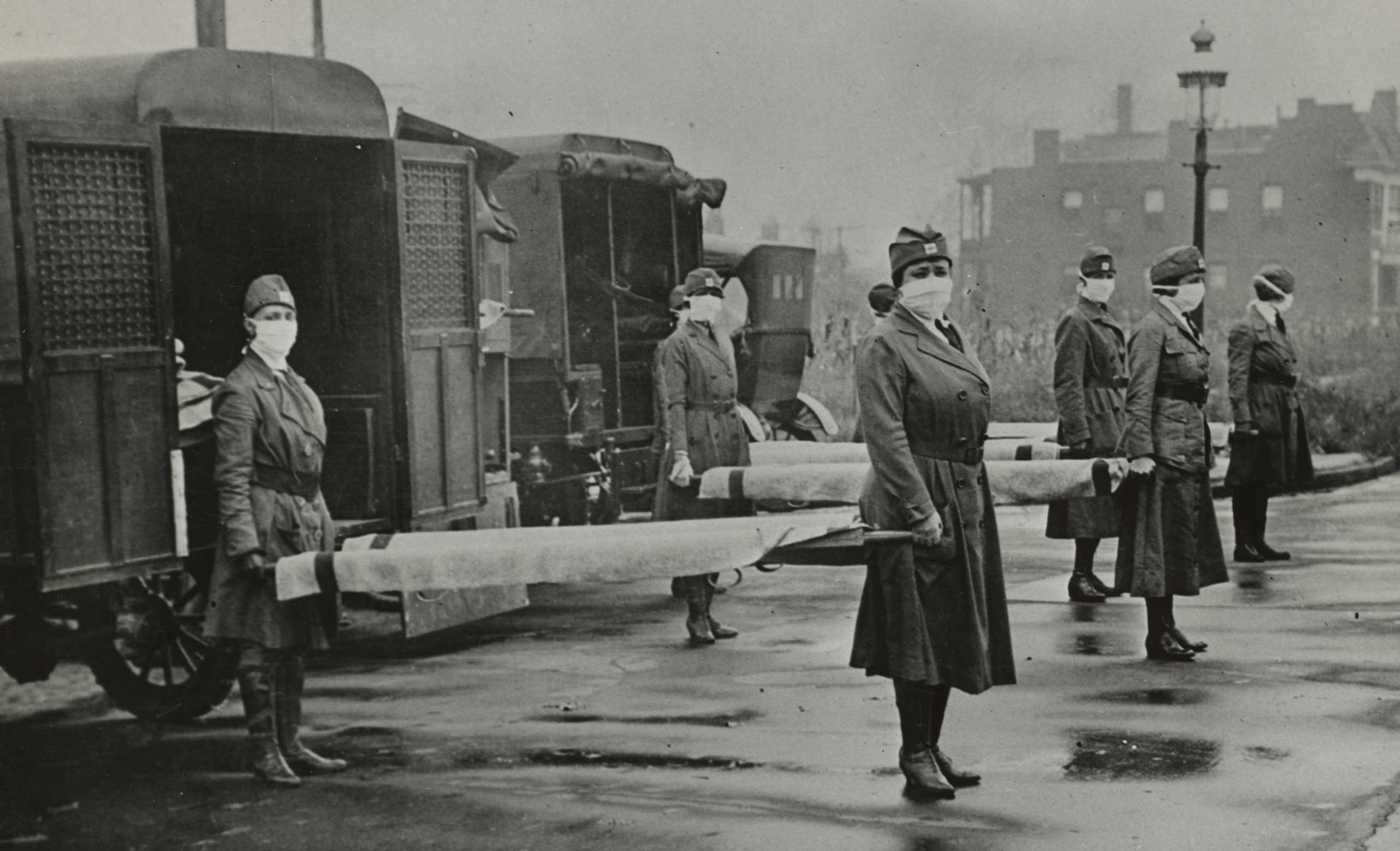 Theo Mayer: We've got a question from our live audience. Bill Benton from California asks, "Have you found, given new DNA technology, that there's more evidence about the origins of the Spanish flu?"
David Pietrusza: One of the results of studying the flu was they came across the discovery of DNA itself. As I mentioned, this flu spread around the world to these very remote areas. They were able to find people buried in the permafrost who still had the virus and they were able to do studies on this within the last 10 or 15 years. Flus mutate and they mutate very quickly which is why we have to have different flu shot every year. The thing that has to be remembered when this rears its head again is isolation. Because of war time censorship, this was not possible in many cases. There was a terrible situation where they should have called off a liberty war bond parade in Philadelphia. Philadelphia ended up the hardest hit city in America. The one place on earth where it did not hit, where no one died was American Samoa because the governor of American Samoa paid attention to the fact that people in isolated communities around the world were particularly susceptible to new strange of disease and he quarantined the whole island territory and nobody died. The next territory over, Western Samoa, which was under New Zealander did not pay attention to that and paid a terrible price.

Theo Mayer: David Pietrusza is a historian and author of several books including "TR's Last War: Theodore Roosevelt, The Great War, and a Journey of Triumph and Tragedy." Learn more about David Pietrusza's work and his books at the links in the podcast notes.