"There remains a lot to be seen on the American battlefields, if one knows where and how to look."

Note: Our friend Randy Gaulke is a legendary battlefield tour guide, with particular expertise in World War I. He has been providing living history and tour services for several decades, to audiences here in the United States, and in Europe. He spent some time with us, to talk about his background, his efforts -- and about how our followers can best work with professional battlefield tourguides, on their own trips to World War I sites.

2018 was an amazing year for the WWI Battlefield Guides. Tell us about it. What did you do, overall? 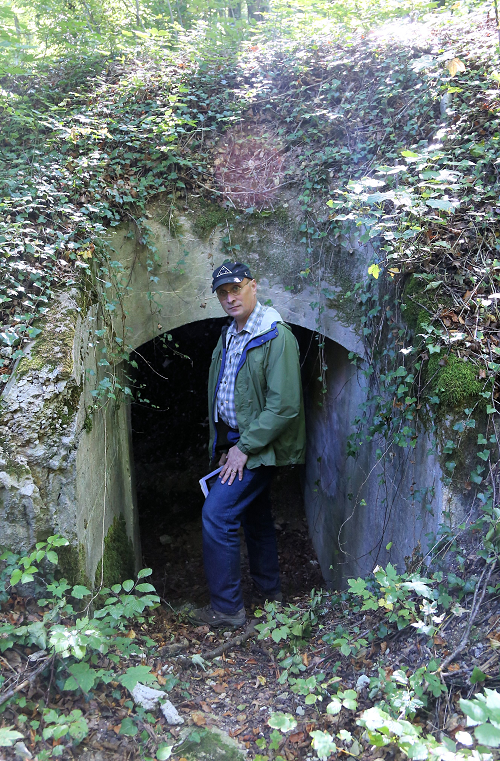 Tour guide Randy Gaulke stands in front of a bunker entrance in the Bois de Consenvoye. (Photo by Dave Gaddis.)I lived in Boureuilles, France for two months in 2018, working as a freelance tour guide for the American battlefields. During the 61 days I led thirty days of tours—ten days of small-group tours with two well-known historians and twenty days of personal tours. It does not sound like much, but that was a very aggressive tour schedule, considering reconnaissance and preparation time.

My typical client was an American with traveling partners who wanted to see where his or her relative had fought in WW1. On average, I was hired for two to three days; and we would be “in the field” from 09h00 to about 18h00. Sometimes I would also dine with clients.

We visited the cemeteries, memorials and museums in a sector; but it was also my philosophy to take clients “into the field” as much as possible. There remains a lot to be seen on the American battlefields, if one knows where and how to look. I use the ABMC Summary of Operations, then and now photos, first-person accounts and similar resources to bring the location back to life.

How did you plan your approach to the year? How did you map out & coordinate  your efforts related to the various major chronological anniversaries/commemoration events, tours, etc.?

After six months in France in 2017, my amazingly-supportive wife asked me to limit 2018 to two months. Thus, I chose 17 September to 17 November; which covered the entire Meuse-Argonne Offensive and the Armistice.

Working with German historian and author, Markus Klauer (http://www.weltkriegsbuch.de/pages/ueber_mich.htm), we designed a small group tour timed around the mid-September ABMC Commemoration at the St. Mihiel American Cemetery and the Luminary Event at the Meuse-Argonne Cemetery. This six-day tour included two days in the St. Mihiel Salient and four days in the Meuse-Argonne. The morning portion was a “monuments tour,” while the afternoon portion consisted of one or more hikes. For example, our I Corps (Meuse-Argonne) hikes included: the Pocket (77th Div.), le Chene Tondu (28th Div.) and Underground Vauquois Hill (35th Div.)

Markus and I also hosted a Meet-and-Greet dinner on Friday, 21 September at a local hotel.

Personal tours were scheduled in the remaining days.

What is your background? How did you become a WWI expert and Battlefield Guide?

My interest in WW1 started in 1980 with the purchase of “Fight in the Skies,” a table-top role-playing game. I took my first battlefield tour while studying in Germany in 1986; and I have visited the battlefields more than twenty-five times since. Much of that time has been spent in the Meuse-Argonne; but I’ve gotten acquainted with the St. Mihiel, Verdun and Aisne-Marne battlefields too.

I have also done a lot of reading and archival research and some writing; covering both the AEF and the Imperial German side of the war.

And I have had the good fortune of learning from European friends. For example, I have known Markus Klauer for almost 25 years.

I have led tours of various sizes over the years; but the eight months in France in 2017-18 have really allowed me to hone my skills. I don’t know everything about the American battlefields; but I have a good idea of who to ask and where to look for an answer.

Tell us about the road ahead for your efforts. WWI Armistice Centennial is over, but there are follow-ons -- Versailles Peace Treaty, Unknown Soldier, rebuilding of Europe, etc. Also, there is the WWII 75th events.

The second is a Battle of the Bulge tour. Both of us have visited the area, but this will be our first offered WW2 tour. We work well together; and I think we bring a balanced American – German interpretation to our tours.

In a strange twist of fate, my wife and I will be traveling to Normandy in June, as her uncle was a P-47 Thunderbolt pilot who was shot down near Mortain on 9 August 1944. The local French will be hosting and guiding us and others on this trip.

What advice do you have for people who want to tour the battlefields of WWI, if they want to hire a guide, etc.?

First, take advantage of the internet. There is so much information out there today versus thirty years ago; if one only looks! My website, https://meuse-argonne.com, has a lot of travel- and culture-related information. Also, the Meuse-Argonne.com Facebook Group has more than 1,500 members; many of whom are experts in their niches.

Second, realize that a tour guide should: 1) know the history—especially with a focus on the AEF, 2) know the region, 3) know the locals, and 4) have some command of French language and culture. It also helps to have some people skills and to be flexible when things don’t always go right. Putting all of this together, there are relatively few “qualified” individuals—in my opinion.

I will happily assist individuals looking to visit the battlefields—regardless of whether they hire me or not. I can be reached at lavarennes@meuse-argonne.com. 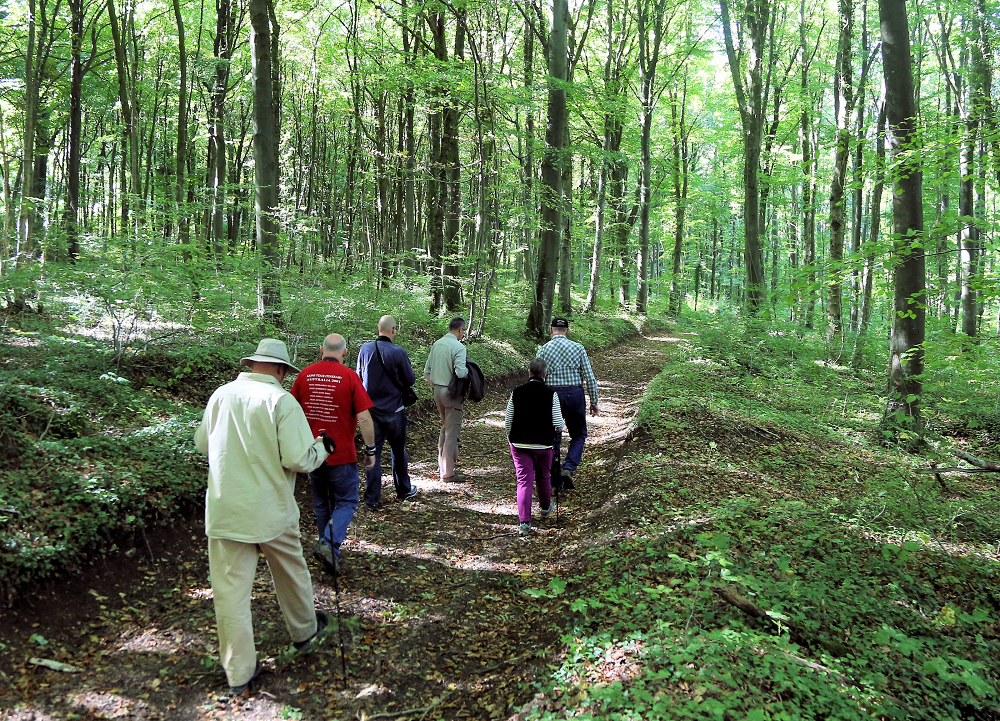