On January 11th's edition of the WWI Centennial News Podcast, Episode 105, archivist Erin Fehr spoke with host Theo Mayer about a new online venture to commemorate the service of American Indians in the Great War. The following is a transcript of the interview, edited for clarity:

Theo Mayer: Today we're really pleased and excited to welcome another wonderful information resource to the fold: ww1cc.org/americanindian, all one word, all lower case. You'll find an exciting new resource focused on commemorating and sharing the service and experience of American Indians in World War I. With us is Erin Fehr, Archivist at the Sequoyah National Resource Center at the University of Arkansas in Little Rock to tell us about it. Erin, welcome to the podcast.

Erin Fehr: Thank you for having me.

Theo Mayer: Erin, tell us about the project and how you got involved in it.

Erin Fehr: Well, it began in the fall of 2017 when we put together an exhibit on the code talkers of World War I. We wanted to do something as a commemoration to the centennial of the war and we decided what better topics than to talk about the code talkers who had a very unique role. 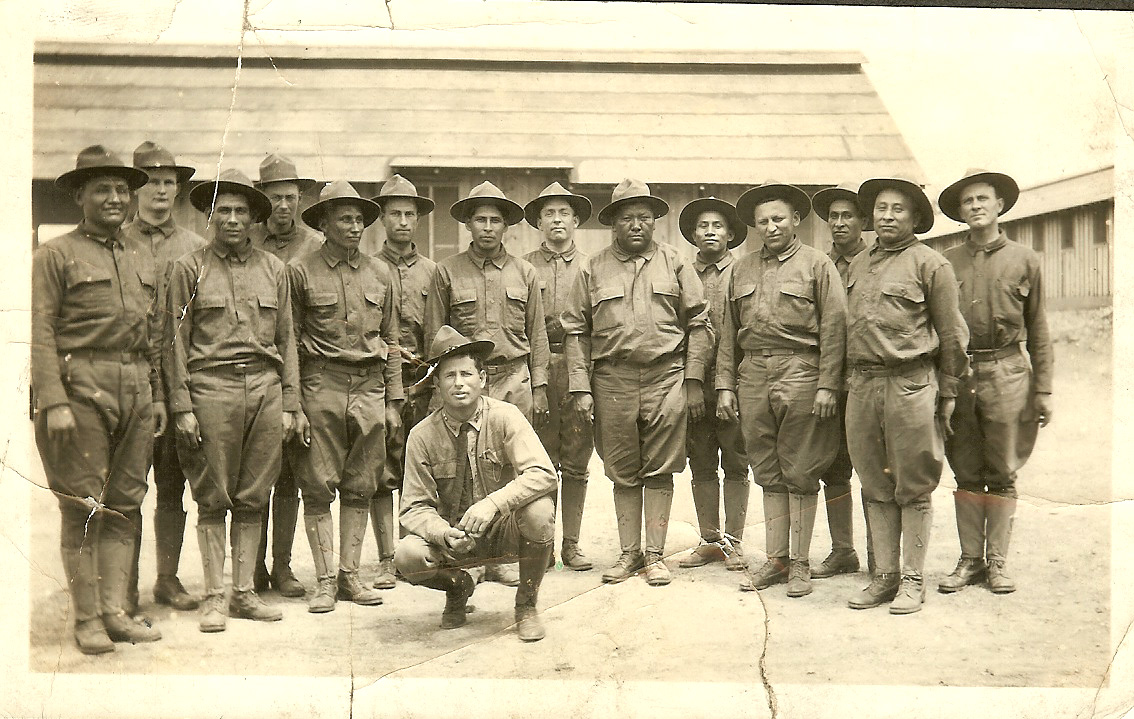 Theo Mayer: That's how it started and then it expanded from there.

Erin Fehr: Correct. Because of the publicity that we've received from that exhibit, Véronique Lozano, who is the administrator for the Facebook page World War I Native American Warriors, contacted us on behalf of the Commission asking us if we would be willing to create a website on American Indian involvement in the war.

Theo Mayer: Tell us a little bit about your organization.

Theo Mayer: What was the Native American experience like during World War I?

Theo Mayer: What kind of roles did these folks play during the war?

Erin Fehr: Well, they honestly served in every capacity you can think of, from the front lines- as scouts, and as snipers, machine gunners- to postal workers, musicians, doctors, field clerks, veterinarians, which to me was a surprise whenever I found that.

Theo Mayer: When I go to this new website, which is amazing by the way, what kind of stuff will I find? How is it organized?

Erin Fehr: We begin with a timeline where we talk about what led up to World War I, not necessarily the military and political aspects in the world, but what was happening in American Indian history. Another thing that we go through or we talk about some of the larger boarding schools that were educating these men that served. One of the things that we really wanted to bring to this website was a personal voice and to individualize the men that served and not just lump them all into one category. So many of these former students wrote back to the schools about their experiences, so we used some of those letters on the site. Another area that we highlight are the service of the American Indian women. We have found so far 11 that served as nurses and all but two, I believe, are the ones that we found served overseas in France during the war. We created a short bio on each of these women and some of them have photographs as well, and we know there are more out there. So we're continually looking and will continually update the website when we find more information.

Theo Mayer: Tell us about the memorial map because it's great.

Erin Fehr: We decided to create a map of all of the native veterans' memorials that we could find across the United States, and some of them were just completed in this past November. The last section of our website that we hope is a great resource for those that visit our website is our Modern Warriors of World War I database, which is searchable as we attempt to identify all 12,000 men that served during this time. But currently there are about 3500 names and we are asking the public to help us with this because we know there are hopefully 9000 more names to find. 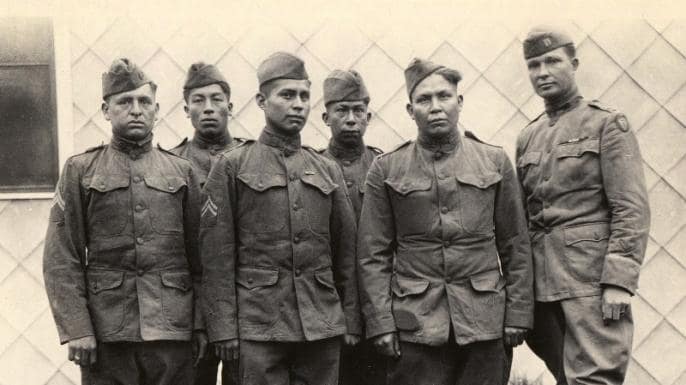 While the Navajo Code Talkers of WWII gained more acclaim, the U.S. military first relied on the language skills of Choctaw soldiers in WW1.

Erin Fehr: I guess I have to say the musicians that I discovered were probably one of my favorites to learn about and I still think there are more out there that we haven't found. But I also really enjoyed finding the nurses, because I feel like if anyone is overlooked it's definitely them. And they served such an essential function in this war.

Theo Mayer: Great answer. Erin, thank you for the wonderful work that you and your organization have done and thank you for coming on the show.

Erin Fehr: Well, thank you for having me. I have really enjoyed it.