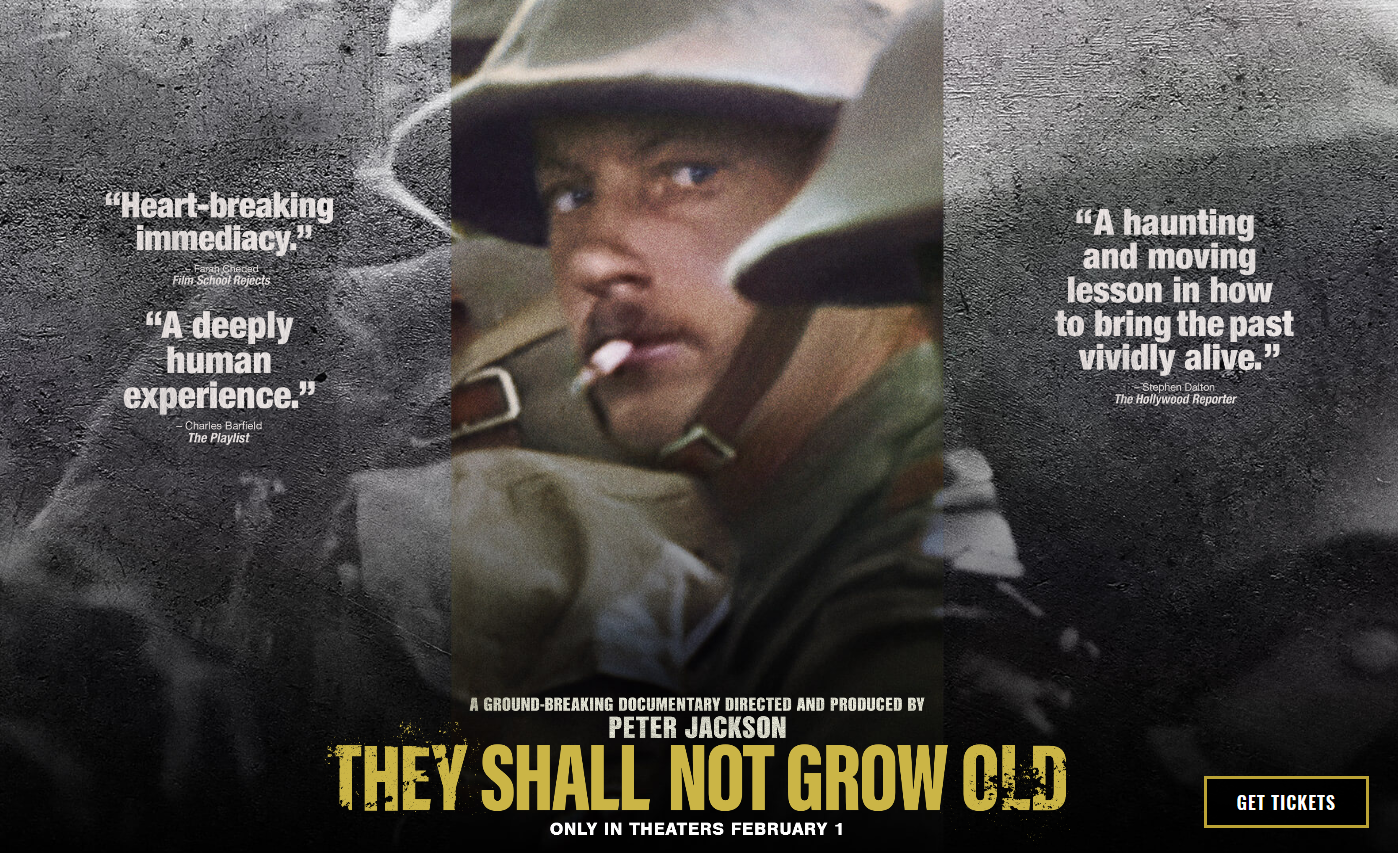 Peter Jackson’s “They Shall Not Grow Old” Marches on, to 150 Markets across North America

via the Associated Press (AP)

BURBANK, CA — Warner Bros. Pictures is widening the front for Peter Jackson’s widely acclaimed World War I documentary, “They Shall Not Grow Old.” The studio will expand the release of the film to 500 theatres across 150 markets throughout the U.S. and Canada, beginning on Friday, February 1, 2019, with special pre-shows the evening before. The announcement was made today by Jeff Goldstein, President, Domestic Distribution, Warner Bros. Pictures.

Jackson’s stunning restoration of footage from more than a century ago has received rapturous praise from both critics and audiences, and just earned a BAFTA Award nomination for Best Documentary. It is Certified Fresh on Rotten Tomatoes with an impressive 97% positive reviews and received an A CinemaScore.

In his announcement, Goldstein said, “We are proud to share Peter Jackson’s outstanding documentary with audiences across North America. Bringing us into the trenches and onto the battlefield of the Great War, the film stands as a powerful reminder of the sacrifices made by all those who serve, both then and now.”

From Academy Award-winning filmmaker Peter Jackson (“The Lord of the Rings” Trilogy, “The Hobbit” Trilogy) comes the groundbreaking documentary “They Shall Not Grow Old,” presented on the centenary of the end of the First World War.

Applying state-of-the-art restoration, colorization and 3D technologies to century-old footage—carefully chosen from hundreds of hours of original Great War film held in the archives of the Imperial War Museum (IWM)—Jackson has created an intensely gripping, immersive and authentic cinematic experience. The only narration comes from Great War veterans themselves, selected from over 600 hours of BBC and IWM archive interviews, resulting in a gripping account of “The War to End All Wars,” told by the soldiers who experienced it.