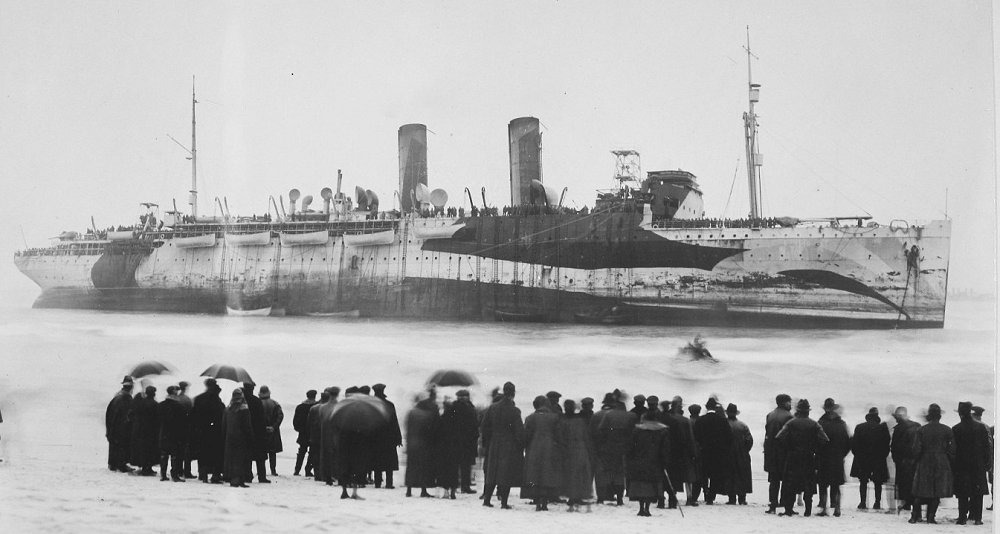 Transport Northern Pacific on Fire Island sand bar as she lay 200 yards off the Fire Island beach in approximately 11 feet of sand.

Note: This article was written by Harry Kidd, volunteer at the U.S. National Archives working on textual and photographic digitization projects. Harry is a former Navy photographer, and came across this story while researching military photographers.— Chris Isleib, Director of Public Affairs, United States World War One Centennial Commission

In the early morning of January 1st 1919 Surfman Roger Smith reported sighting the U.S.S. Northern Pacific a few miles southeast of Fire Island, Coast Guard Station #83. Unbeknownst to Smith, the initial report was the beginning of an 18 day saga that remains one of the most amazing, yet often forgotten, rescue stories of World War I. 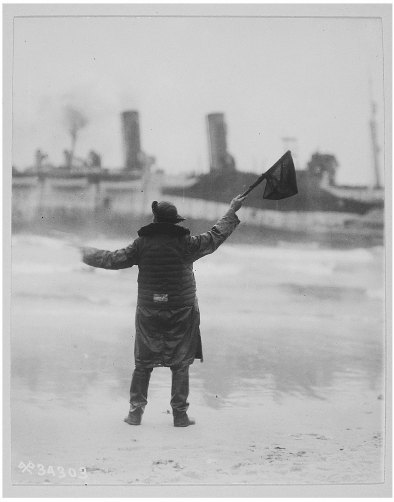 Signaling the transport.The U.S.S. Northern Pacific, a troop transport leased by the U.S. Navy from the Great Northern Pacific Steamship Company, was almost home on the westbound portion of its 11th transatlantic run. Carrying over 2500 troops returning from France, the ship was in route to the disembarkation port of Hoboken, New Jersey.

Of the passengers on the ship, more than fifteen hundred were recovering wounded, including 300 bed-ridden, plus a contingent of Navy nurses. As a result, when the Northern Pacific got stuck on the Fire Island sandbar the potential for disaster was imminent.

The efforts to rescue the stranded troops were made significantly more complicated by the treacherous conditions. The weather on the morning of January 1 was 45 degrees and raining with a strong wind out of the southwest. During the day efforts to refloat the Northern Pacific proved unsuccessful and the ship was forced further on shore by the winds, current and tides. The ship finally came to rest about 200 yards off shore, stuck to a depth of 11 feet of sand on the Fire Island sand bar.

With the situation stabilized, resources began arriving at the scene on the morning of January 2. Using Beebe-McLellen surfboats the Coast Guard began transferring soldiers, ten at time, from the ship to shore and to other nearby ships. The rescue necessitated a breeches buoy apparatus, which was essentially a life ring on a pulley system that ran from the stranded ship to the shore.

The foul weather conditions made the launching and recovery of the boats very hazardous. On its way back to shore, one of the rescue ships capsized and nearly killed three soldiers before Coast Guardsmen performed resuscitation.

Over 2,500 men and women were transferred from the ship to the shore. The most seriously wounded where transferred directly to the Navy hospital ship USS Solace. The ordeal continued for a staggering 18 days before a fleet of powerful wrecking tugs were able to refloat the ship. Surfmen at Coast Guard Station #84 maintained 24 hour watch of the Northern Pacific throughout the ordeal and despite several mishaps, no major injuries occurred. 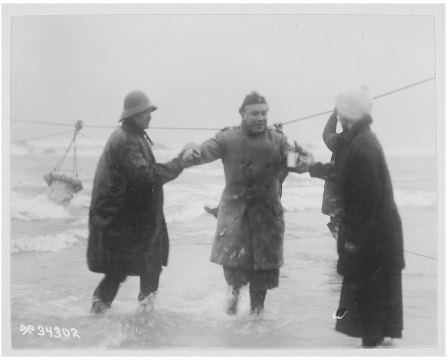 Safely ashore after riding the breeches buoy from the grounded troopship.The captain of the ship, Louis J. Connelly, was tried by a general courts-marital on three charges related to the grounding on Fire Island. He was found guilty on two of the charges. After completing repairs due to the grounding, the Northern Pacific made two more transatlantic trips in June and August 1919.

While under tow to a Chester, Pennsylvania shipyard on February 2, 1922 the Northern Pacific caught fire and was destroyed.

The Unwritten Record has highlighted a number of records related to World War I over the past two years which can be found here.

Additional information was found in articles appearing in the New York Times of January 2 – 20, 1919. 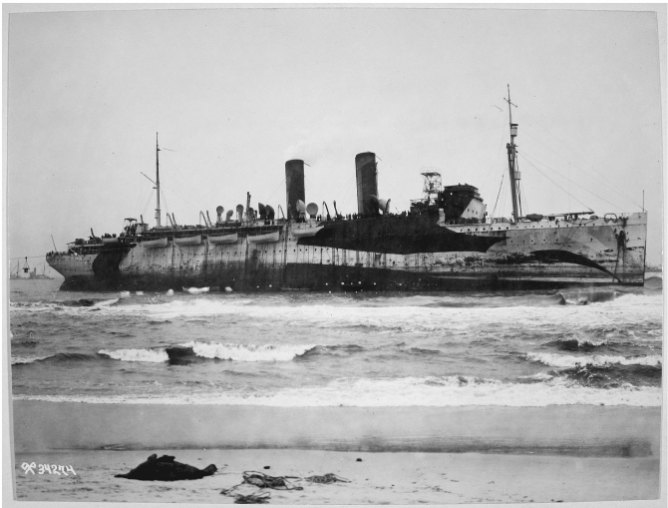 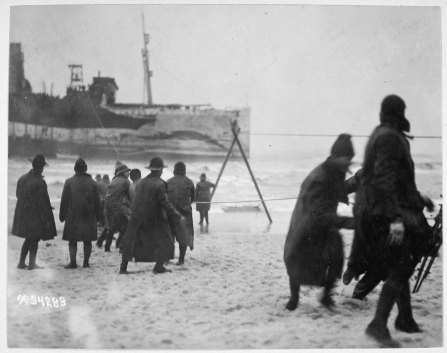 Breeches buoy prepared to rescue passengers from the grounded troopship. 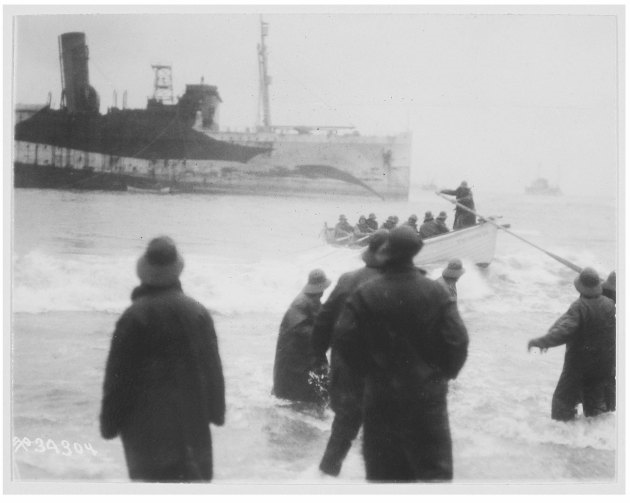 Beaching one of the Coast Guard surf boats with rescued passengers from the grounded troopship. 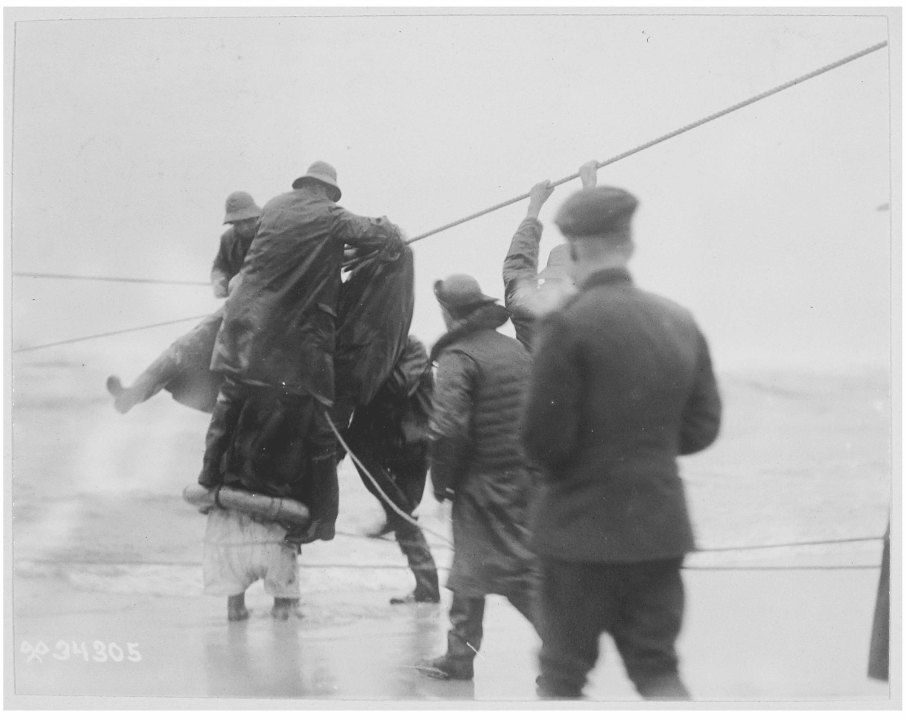 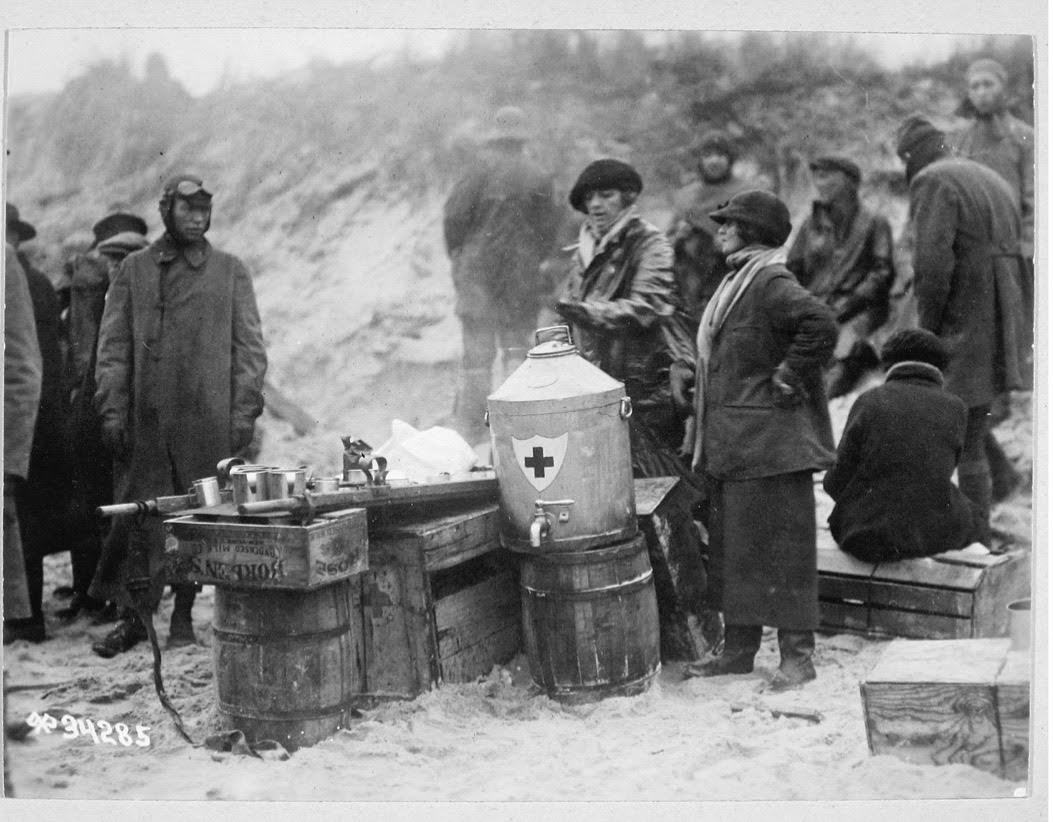 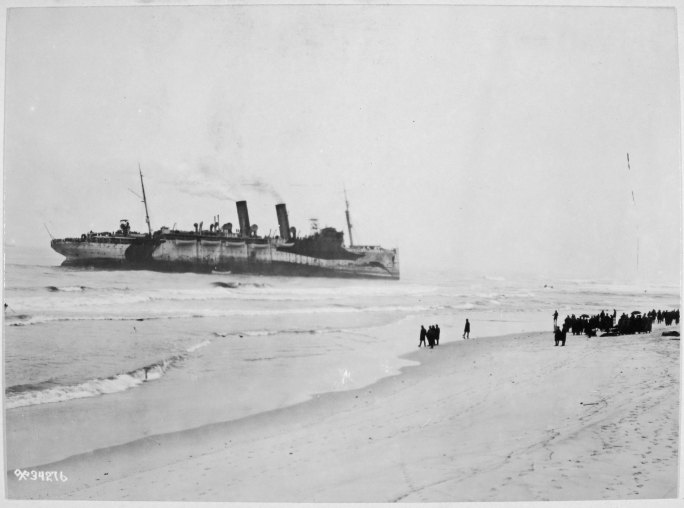 Transport Northern Pacific grounded on the Fire Island sand bar. After being pulled free by tugs, the ships made two more voyages bringing U.S. troops home from Europe. Ironically, in 1922 the ship caught fire while being towed and sank.