Remembering Veterans: Writer Elizabeth Foxwell on the Roles, Experiences of Women in the Great War

In March 8th's edition of the World War I Centennial News Podcast, Episode 113, host Theo Mayer spoke with writer Elizabeth Foxwell about stories and experiences of female service in WWI, many of which have been neglected or forgotten. The following is a transcript of the interview, edited for clarity:

Theo Mayer: Our second Remembering Veterans story is a bit more serious and definitely more poignant. Let me set it up this way: World War I did not merely engaged armies. It engaged nations and their populations in an unprecedented scale and scope. And although the gender of the armies was predominantly male, the gender of the world was, and is pretty much 50/50. And so, this cataclysmic event in world history was also a pivot for the 20th century perception and the role of womanhood. As the armies absorbed an ever larger percentage of the adult male population, the other half began to take on new roles and new responsibilities. With us today is Elizabeth Foxwell, a journalist and author focusing on the stories and neglected accounts of and by women who served in various roles in the war. She's the editor of a collection of first-person accounts by US women in the war called In Their Own Words: American Women in World War I. Elizabeth, welcome to the podcast.

Elizabeth Foxwell: Thank you, Theo. It's very nice to be here.

>Theo Mayer: So Elizabeth, before we start talking about the women of World War I, how did you get interested in the subject? 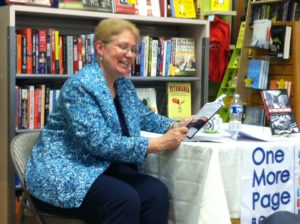 Elizabeth Foxwell: Well, Theo, it's a very simple answer. It was Vera Brittain's Testament of Youth, which was published in 1933 and has never been out of print. Brittain was a British nurse in World War I, and the book, to me, was just so incredibly wrenching, with the number of people she lost, and her experiences. So I actually wrote my Master's thesis at Georgetown on her World War II experiences. She was an ardent pacifist as a result of her World War I experiences, and it made me start looking for equivalent US accounts. And yet, there isn't a sort of book on the same footing as Testament of Youth in the United States, I think. And so that made me set out on the hunt for first-person accounts by US women.

Theo Mayer: Now, you've immersed yourself in first-person accounts of these women. Is there a common theme that motivated them to change their lives at this point in time?

Elizabeth Foxwell: I think there are a few. One, they certainly wanted to serve their country like any other citizen of the United States, but they also wanted to prove themselves. As you know, the suffrage movement was gaining momentum, as we head toward the 19th Amendment passing. And they wanted to prove that they were equal citizens of this country and deserved the vote. So I think that there was a large contingent that felt, "If I serve in a war role, I will have proved myself as a citizen of this country." And certainly, many of the women who were in war roles were involved in the suffrage movement.

Theo Mayer: Now, what kind of roles did these women take up?

Elizabeth Foxwell: They were pretty varied. I think there is an incorrect perception out there that if you're a US woman and you served in World War I, that equals nurse. Not necessarily. They had very varied roles. There were motor drivers. There were several motor units, including one from the Red Cross, that was approximately 12,000 members, and that was primarily women, and they were especially invaluable and lauded for their role in the flu epidemic. There is one account that I came across where the writer was talking about sleeping next to her vehicle, because they were working 'round the clock. And I also want point out what was called the only colored women's motor corps in the world, and that was of the Hayward Unit of the National League for Women's Service. And that was a black club in New York that sought to serve the needs of black servicemen, and that included entertainment. That included a place for them to stay. And they also visited hospitalized African American service members and took them on outings. And they also were lauded for their role in the flu epidemic. 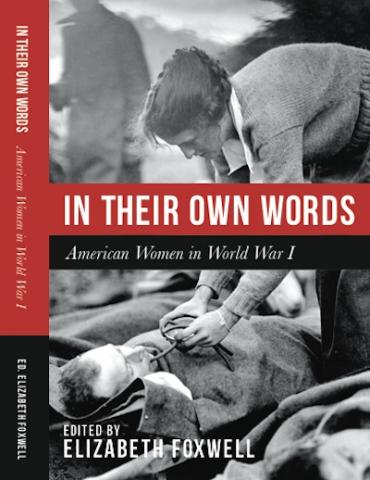 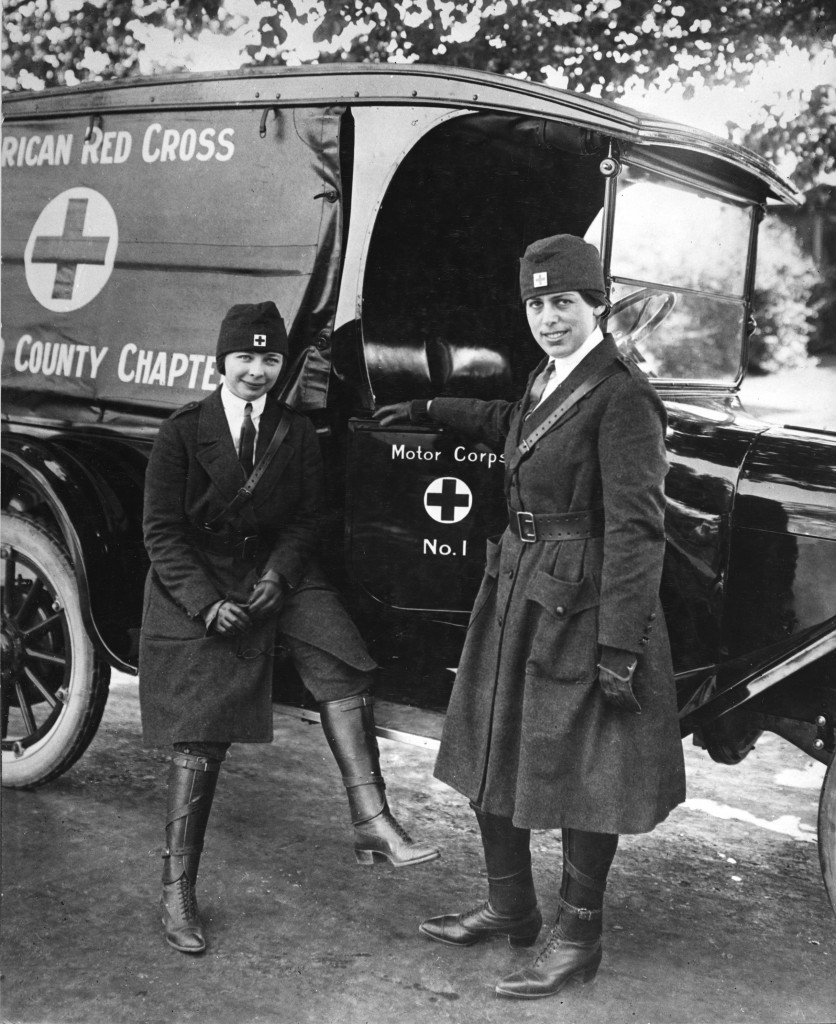 Theo Mayer: Now, this is a really important question, because this came up in another interview, even last week. When the war ended, what happened to these women?

Elizabeth Foxwell: It varies. A lot of times, there were occasions where it was sort of, "sayonara, we no longer need you." I have run across a couple accounts of suicide. Two women were Yeoman (F)s, which was the navy. The accounts I've read indicate that there were some mental health problems with these two particular cases, but I have also run across issues of discrimination, such as Marjorie Hulsizer Copher, who was a decorated dietician in the war, and she's from Flemington, New Jersey. She was forced to resign her dietician's job when she got married. And some of the data indicates that some of the women who served were in quite a serious situation. In 1923, the American Legion noted that one fifth of the 30,000 women who served in the navy had applied for government relief, and it was thought that that number actually should be much higher. The Overseas Women's Service League also pointed out, around that time, that they knew of 1,000 of their members who were veterans and who were disabled. We start to see, around this period, some coverage about concern of the health needs of female veterans.

Theo Mayer: I wanna get back to a comment that you made, because it came up in an interview last week, talking about suffrage in the UK, and that it was, in fact, a law in the United Kingdom that if you got married, you could no longer work. There was no parallel to that in the US, but it sounds like you had a story case where that was actually what happened.

Elizabeth Foxwell: You do learn about some of these cases. It occurred with teachers, that if you got married, you lost your job. Ruth Bryan Owen is an especially acute case, and extremely prominent. She was the daughter of Presidential candidate William Jennings Bryan. She married a British man, and you automatically lost your US citizenship when that happened. You had no choice. It was on the books like that. And she served in the Egypt Palestine campaign of the Brits. She was a nurse, and she also set up troop entertainment, and she decided, after her husband died and she came back to this country, that she wanted to run for Congress. And so she had to apply to get her citizenship reinstated. And it took a bit of time, and she was successful. She ran for Congress, she won. And then her opponent filed a lawsuit saying that the election was invalid because she was not a citizen. And that got overturned, but she became our first US female ambassador.

Theo Mayer: Well, Elizabeth, thank you for joining us today. The stories, the accounts, and the impact of this moment in time really is profound. So thank you for telling the story.

Elizabeth Foxwell: Thank you so much for having me.

Theo Mayer: Elizabeth Foxwell has focused on the stories and neglected accounts about and by women who served in various roles in World War I. She's the editor of a collection of first-person accounts by US women in the war called In Their Own Words: American Women in World War I. We have links for you in the podcast notes to her writing and the Amazon link for her book.