"It was important for me to let people know what it was like during the year 1918."

As an author, I don’t plan a story, but rather let the story come to and through me. So when Lucky’s Way—my historical fiction novel about a young World War One fighter pilot from Houston, Texas started to take shape in my imagination, I totally immersed myself in research about The Great War. From non-fiction books and documentaries containing historical facts and timelines to soldier’s diary entries and letters sent back home, I learned about the nuances of this fascinating era. But before I go into more detail about my research for Lucky’s Way let me back up and tell you a little bit about the book itself. 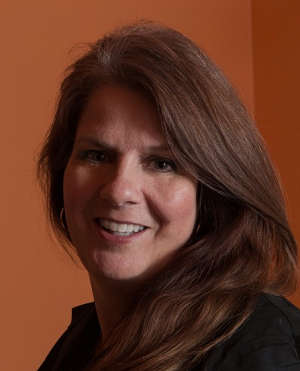 Gina Hooten PoppLucky’s Way is the second book in my three-book historical fiction Texas series titled Winds of Change. (Don’t worry, you don’t have to read the entire series as each book stands alone. In fact, many readers have told me they read the series in reverse and enjoyed it just as much.) In The Storm After, the first book of the series, four survivors of the 1900 Galveston Hurricane come together to form a family of sorts as they recover from inconceivable loss. Seventeen years later in 1918, the historical fiction saga picks up in Lucky’s Way, following the same cast of characters (and a few new ones) all the way from war-torn France to the Gulf Coast of Texas.

In the opening chapter of Lucky’s Way, it is the month of September and The Great War is starting to show signs of a possible end. Lieutenant Lucky McLaren, a battle-weary U.S. fighter pilot, is headed home to Houston, Texas on an extended reprieve. But destiny has other plans for him when Antonia, an Italian beauty, suffragette and ex-Allied spy, seeks refuge in the same train car he is traveling on—changing not only his homeward bound direction, but also the course of both of their lives. Soon the young Lieutenant finds himself back overseas, fighting for his country and his life. Filled with history and passion, Lucky’s Way is an inspirational tale of healing and redemption—a stirring testament to the power of belief and self-discovery, to hopes lost and found again.

Yes, Lucky’s Way is a World War One love story. But as one of my readers told me, it is not a goopy love story, but rather one along the lines of Larry McMurtry’s Lonesome Dove. “Don’t worry,” the reader went on to say, “In addition to the romance there’s a lot of interesting information about the war and the time period.”

Which brings us back to what it was like to research a book set in World War One. So much has been printed about the war, but I wanted to give a glimpse of what it was like for the individual. So I started my research by reading diary entries. Before too long, the people who wrote them started to bring the time period alive for me. I was interested in what their everyday concerns were about, as well as what other events (beside the war) were happening globally.

For starters, the Spanish Flu pandemic was claiming victims worldwide as soldiers moving from place to place were unintentionally spreading it. In fact, so many young, healthy people lost their lives from the raging epidemic, life insurance companies had difficulty paying claims. In Lucky’s Way, the family oil business becomes threatened financially by investments made in insurance companies. This was just one of the many ways my research into events of the time drove the storyline in directions I had not anticipated.

On the United States Homefront, the Women’s Rights Movement transformed into a conflict all its own. (As you can imagine, I felt the need to weave this important part of history into the plotline.) Suffragettes posed hunger strikes and protests as they marched for the right to vote. And they weren’t the only ones struggling for equality. I was particularly touched by diary entries I discovered from a minority infantryman talking about his time in the trenches in France. Thus came the inspiration for Private Quentin Lyles from Owensboro, Kentucky. A strong character that many say is one of their favorites in the book. 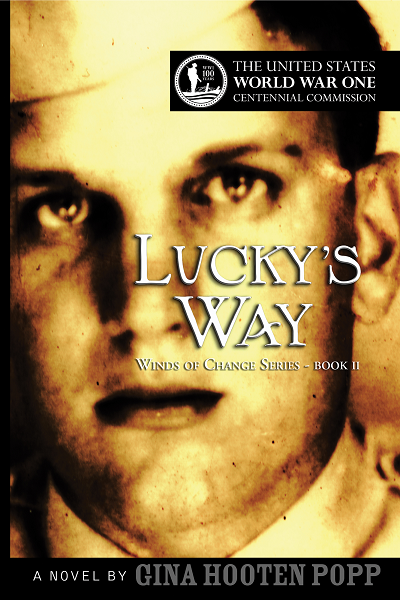 Through diary entries like this one and letters sent back home to loved ones, I gained an insight into the language of the time. For instance, homes and machinery were just beginning to use electricity and in these letters people wrote of electrified trolleys and electrified ice cream machines. “Electrified.” A term I vaguely remember my great-grandmother using when referring to her fancy friend having electrified lights in her parlor.

Of course, the United States Air Force was referred to as its forerunner the United States Army Air Service. As I researched military aircraft online and in history books, I also delved into the many other incredible inventions that World War One brought about. Some for the good of mankind such as the x-ray machine and radio broadcast. Others so horrific, they would change the course of how wars were fought forever. I sat in silence as I read about tank battles, gas masks, shells, and the new word invented for a nervous condition caused by repetitive sound— “shell-shocked”. At one point I was writing about dog tags when I realized the embossing machinery that required them to be horizontally shaped had not been invented yet. Therefore, my character’s aluminum military identification disc was round and hung by a simple string around his neck.

From women wearing gloves and calling their handbags “purses” to men wearing wrist watches and carrying trench bags, I researched the latest fashions of 1918. I also studied what was going on in the world of music and sports. Don’t forget. They didn’t have radio for the masses yet, so baseball scores were sometimes sent by carrier pigeon when people were too inpatient to wait for the newspaper to come out. Also I don’t know why this surprised me because it was obvious, but I forgot momentarily that no highways yet crisscrossed our nation. Therefore, as so many people did in 1918, my main character had to stockpile his new automobile with gas, food, blankets and extra tires as he set out on a road trip.

But perhaps some of the most transformative research for my story were online archives of accounts from wives, parents, friends and family members describing what it was like to have a loved one in the war. What it felt like to get the telegram telling you that a soldier had been injured or worst yet, killed. One parent described how the sky above turned a surreal blue as they read the words aloud. A widow went into detail about how she couldn’t afford expensive black cloth for her mourning clothes and had to dye her dresses black instead. I read accounts from grieving relatives on both sides of the war. As well as from other wars. As I read, I understood the feelings of grief were universal, whether past or present day. The accounts touched me deeply and I hoped I did justice to their feelings in Lucky’s Way. It was important for me to let people know what it was like during the year 1918. What families sacrificed during The Great War. What the individual soldier, nurse, doctor, and others sacrificed for us so we could live the lives we do today. Truly, war does change everything.

Author Gina Hooton Popp loves to visit with readers at ginahootenpopp.com; on Facebook @ginahootenpoppauthor; or on Twitter @Gina_Popp.