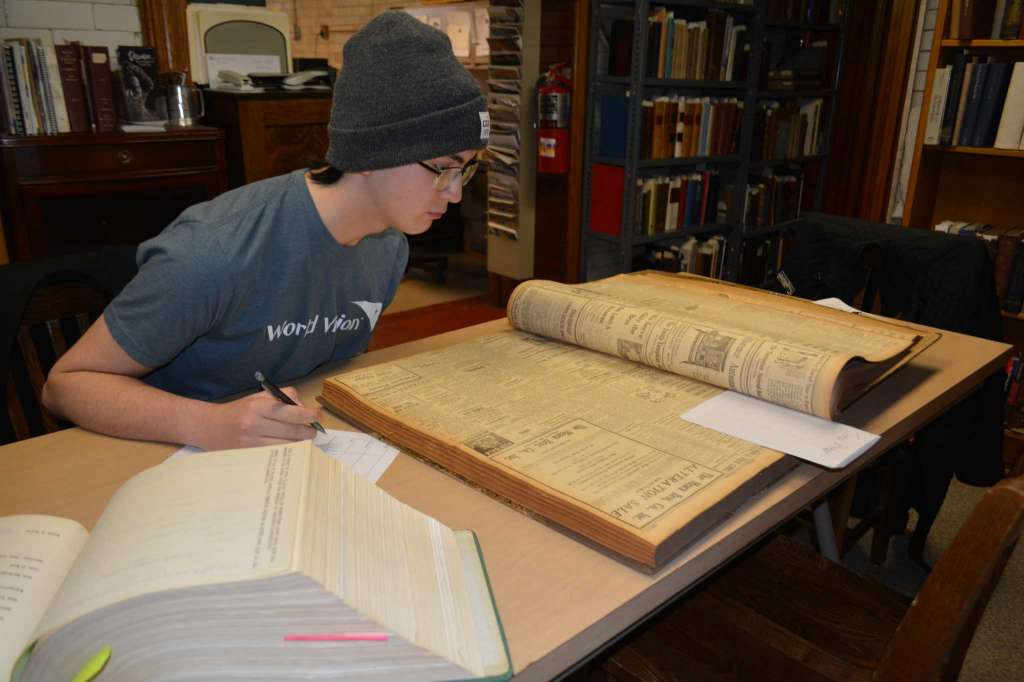 History scholar Lucas Rodriguez of Torrington was one of 15 teenagers in the state chosen to participate in an international project in France this summer to help restore trenches built by American soldiers during WWI.

TORRINGTON — A soldier from the city who died in WWI will be honored this summer by a local high school student as part of the Connecticut State Library’s “Digging Into History“ project.

Lucas Rodriguez, 16, will join a group of other teenagers from the state who will travel to France where certain American soldiers faced the German army for the first time.

The group will volunteer in the village of Seicheprey where the troops dug trenches into the forest soil in April 1918 as a measure of protection.

As part of the history project, Rodriguez is researching the military history of John Ryan, of Torrington, with the help of the Torrington Historical Society.

He found out that many soldiers from Connecticut died in the attack, including Ryan.

A key find about the local solider was discovered in a July, 1918 newspaper article with the help of the historical society curator, Gail Kruppa. It shows that Ryan “was the first Torrington soldier to be killed with the American army in France.”

Rodriguez will compile the information he’s gathered into a detailed essay about Ryan as part of a requirement for the project.

“Quite a few residents from Torrington served in the war,” Kruppa said. “It was over 1,350 (residents) and 25 percent were immigrants.” She said the city had a population of about 20,000 at the time of the war.

The teen’s interest in military history was kindled by stories he heard from his family.

“Both of my grandfathers served, one in the army and one in the navy. My dad was a marine,” Rodriguez said. “I grew up hearing all of these stories.”