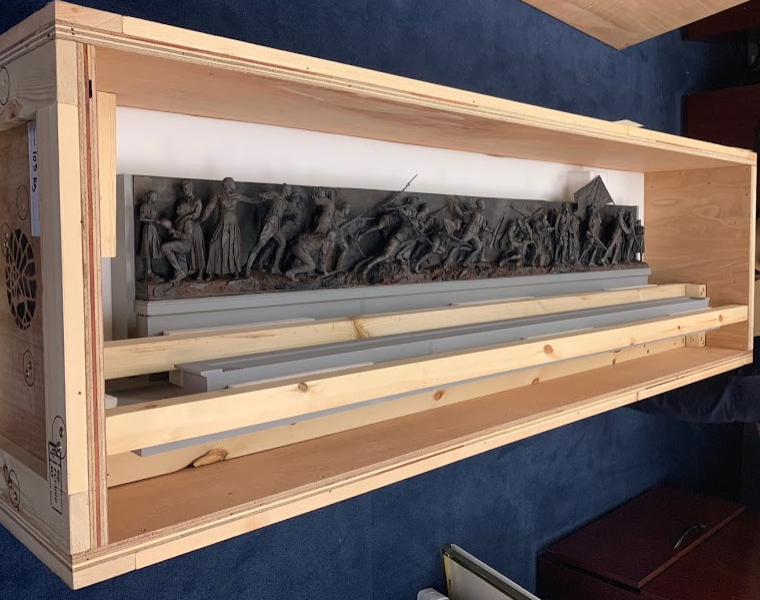 The new maquette in its shipping crate at the U.S. World War I Centennial Commission office in Washington, DC. 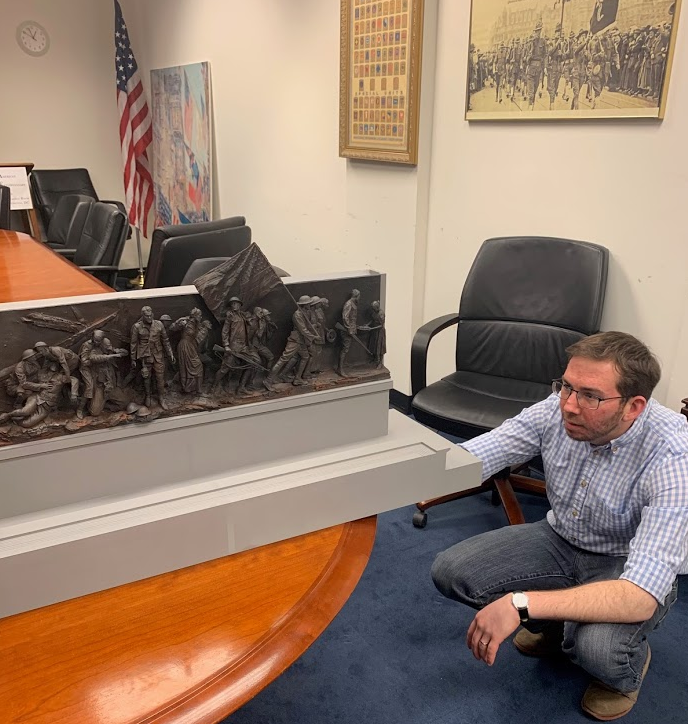 National World War I Memorial architect Joe Weishaar takes a close look at sculptural details on the new maquette.It was an exciting day in the U.S. World War I Centennial Commission office on Friday, April 12!  We took delivery of the beautiful new updated sculptural maquette, created by sculptor Sabin Howard.

This new scale-model maquette was crafted at the Pangolin Foundry in the UK, and incorporates a number of updates to the design for the National World War I Memorial in Washington, DC.

This maquette also includes new details like the surround wall -- along with a suggested Archibald MacLeish quote. This will help greatly with finalizing detail planning and closing in on the final look of the project.

Chief of Staff Dale Archer, the long-term project manager for the Memorial, said "It's very exciting to see this second maquette, which incorporates additional historical and sculptural design updates."

You can read previous articles on the work being done on the sculpture at Pangolin here and here.

Keep an eye here for updates, as we move forward on our efforts to create the new National World War I Memorial for the Nation's Capital.