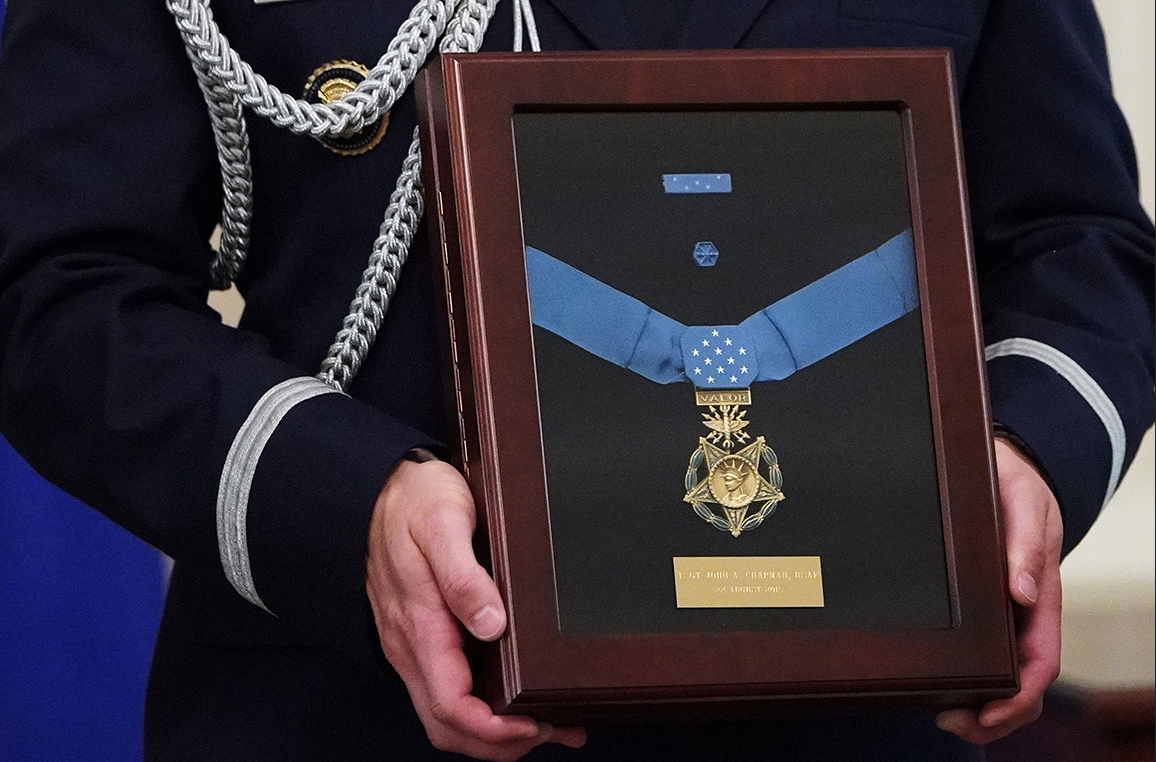 Lawmakers want the Pentagon to take another look at scores of service members who may have been denied the nation's highest military honor in World War I due to their race or religion. Soldiers and sailors will also qualify for a review if they were recommended for the Medal of Honor but didn't receive it. (Mandel Ngan/AFP/Getty Images)

By Bryan Bender
via the Politico.com web site

Congress is preparing to order the Pentagon to review the records of scores of decorated soldiers who served in World War I to determine if they were denied the nation’s highest battlefield honor because of their race or religion.

The bipartisan World War I Medals Review Act, expected to be unveiled Thursday, marks the latest effort to rectify the military’s history of discrimination against black soldiers and other minorities who fought and died alongside their white comrades but were shunned and often the victims of racial violence.

"We are in a historical conversation about race," said Timothy Wescott, director of the George S. Robb Centre for the Study of the Great War at Park University in Missouri, which is already reviewing some of the cases for the nonprofit United States Foundation for the Commemoration of the World Wars. "If there are corrections to make it is time to make those corrections in the bigger picture of reconciliation as a nation."

The reviews would be the first of their kind for the century-old conflict that pitted Great Britain, France, Russia and eventually the United States against foes including Germany and the Ottoman Empire. The research will initially focus on about 70 African American troops and then turn to other minority groups, according to officials involved in the effort.

The new legislation, shared in advance with POLITICO, calls for the review of cases involving African, Asian, Hispanic, Native and Jewish Americans. The measure is expected to be included later this year in the National Defense Authorization Act, an annual defense policy bill.

Black troops served in segregated units during World War I, which means that "the information for forensic, historical and genealogical research is comparatively easy to locate" compared with the other four minority groups, said Wescott, a retired Marine. "We have been receiving information from other genealogists and family members, particularly in the Hispanic American and Jewish American grouping."

To warrant a review, the service members must have been awarded the Distinguished Service Cross or the Navy Cross, both considered the nation's second-highest awards for valor, or the French Croix de Guerre with Palm, France's highest honor, according to the proposed legislation.

Soldiers and sailors will also qualify for a review if they were recommended for the Medal of Honor but didn't receive it.

Read the entire article on the Politico.com web site here: