Commissioner Libby O'Connell (at podium) delivers initial remarks at the April 2019 at the update briefing to the U.S. Commission of Fine Arts in Washington, DC.

Our new National World War I Memorial for Washington, DC continues to roll ahead strongly.

Last week, the team provided an update briefing to the U.S. Commission of Fine Arts (CFA) on a host of design concept details. CFA is one of three oversight agencies for the project, the others being the National Park Service, and the National Capital Planning Commission (NCPC).

This week's meeting took place at the CFA headquarters offices at the National Building Museum, and it drew a number of attendees -- journalists, architects, landscape designers, urban planners, art critics -- who wanted to hear the latest news from the project.

The World War I Centennial Commission's briefers were led by Commissioner Dr. Libby O'Connell, and included sculptor Sabin Howard, who brought his new scale-model maquette, as well as construction team members from our partners GWWO, who spoke about lighting, building material choices, and design-detail preferences. for various surfaces & features.

Among the sculptural variables discussed were the size & height of the figures. The options were illustrated through clever use of poster-sized blow-up images, for side-by-side comparison, observed at set measured distances.

Overall, the entire WWI Memorial Design Team gave a strong presentation to the CFA, focusing on lighting, walkways, and the Memorial sculpture itself, including its exact scale. As a result, the WWI Centennial Commission received approval on the Soldier's Journey sculpture.

The CFA also requested further study to the proposed lighting plan, as it related to the park's previous Friedberg design. In the next CFA meeting, in June, the Project and Design Teams will present Memorial Interpretation & Detailing of the WWI Memorial. 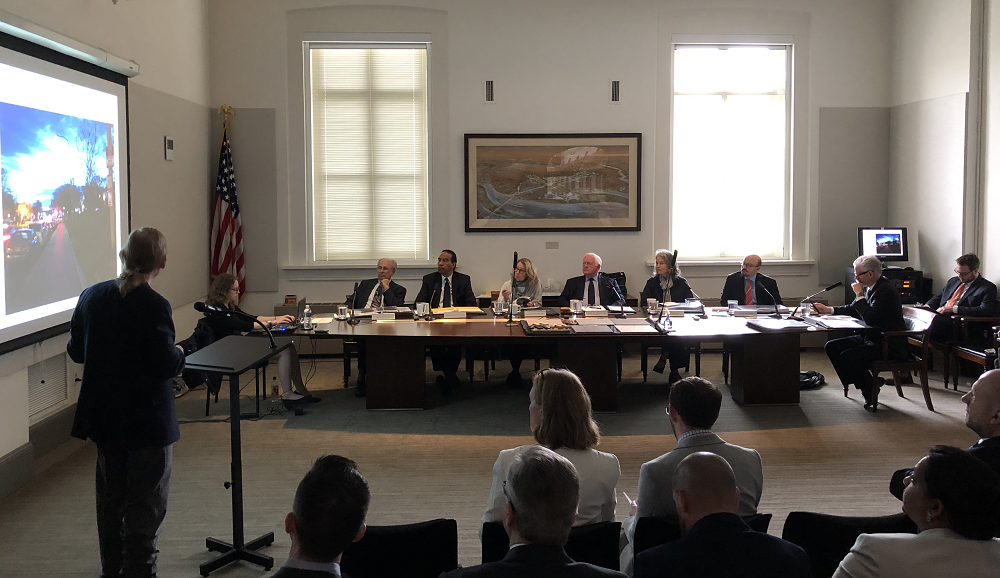 The GWWO team gives the brief on the new lighting plan. Setting up the new maquette for the CFA members to view. 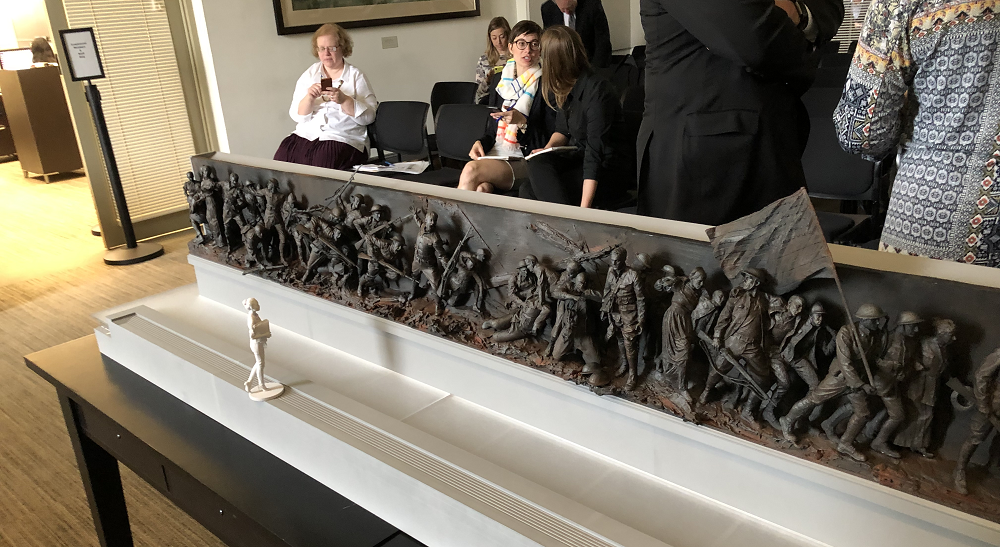 Scale model human figurine in front of maquette shows proportional scale of sculpture, as well as viewer's perspective in front of the Memorial sculpture. 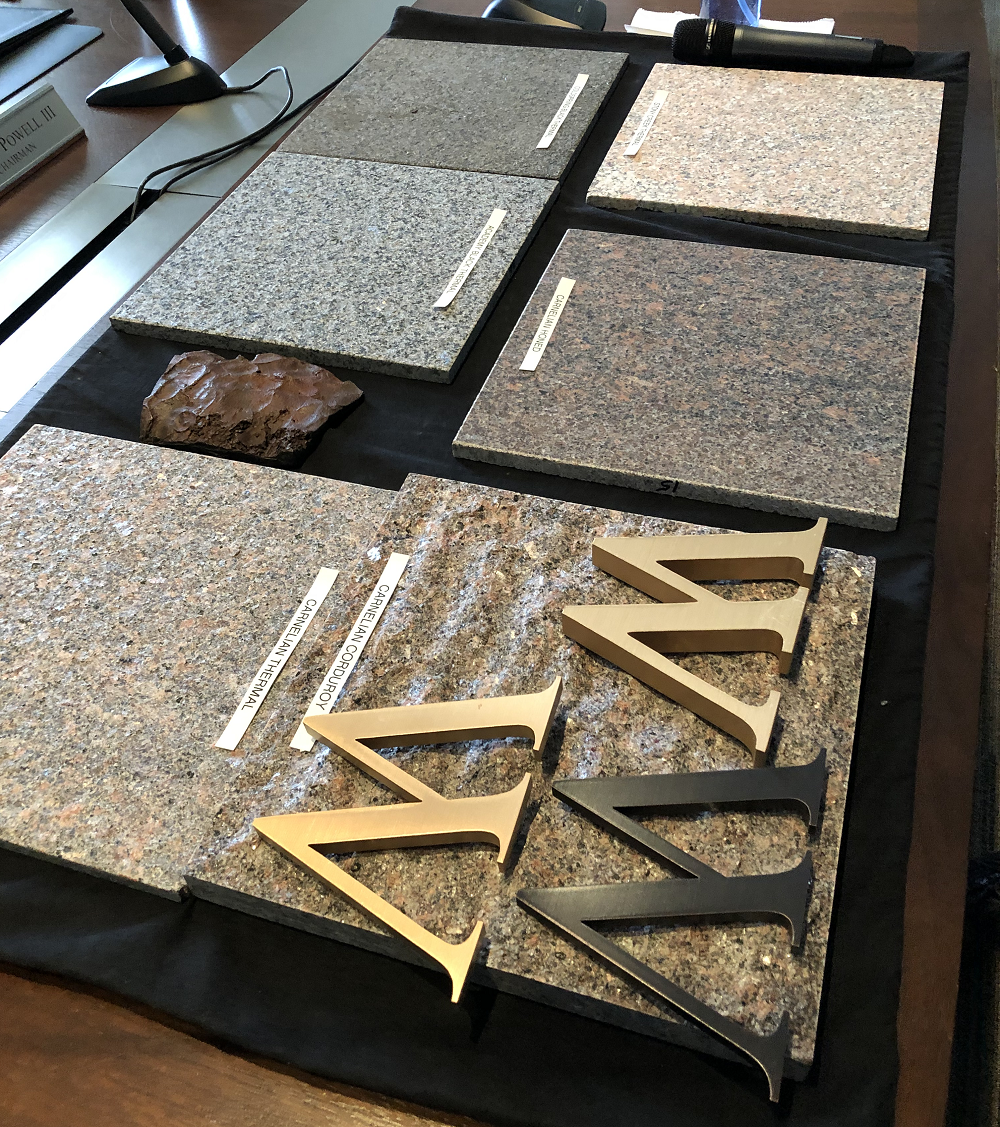 Some of the building material details that were presented to included granite colors, etc. 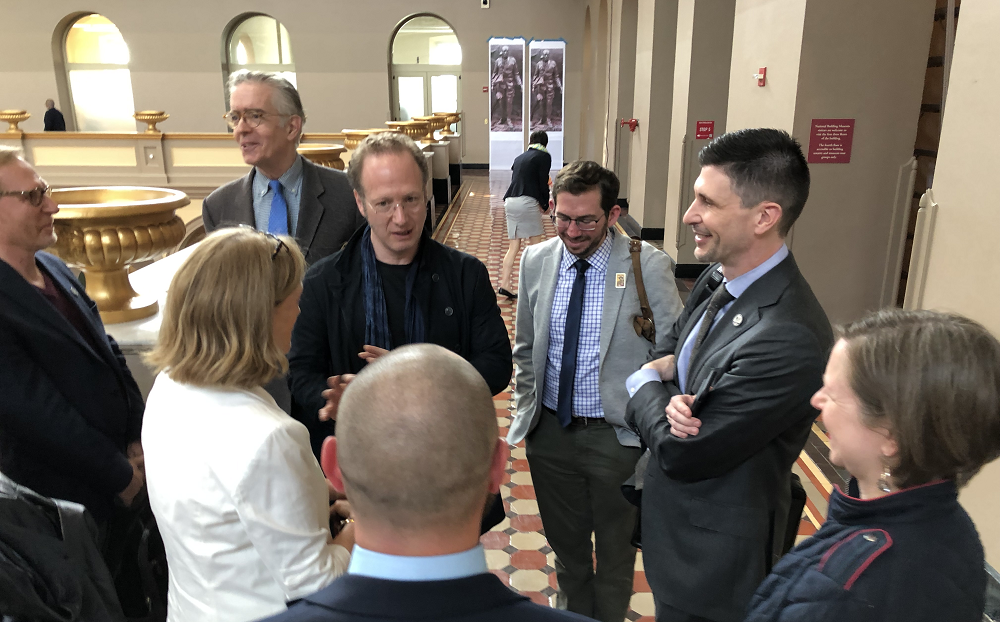